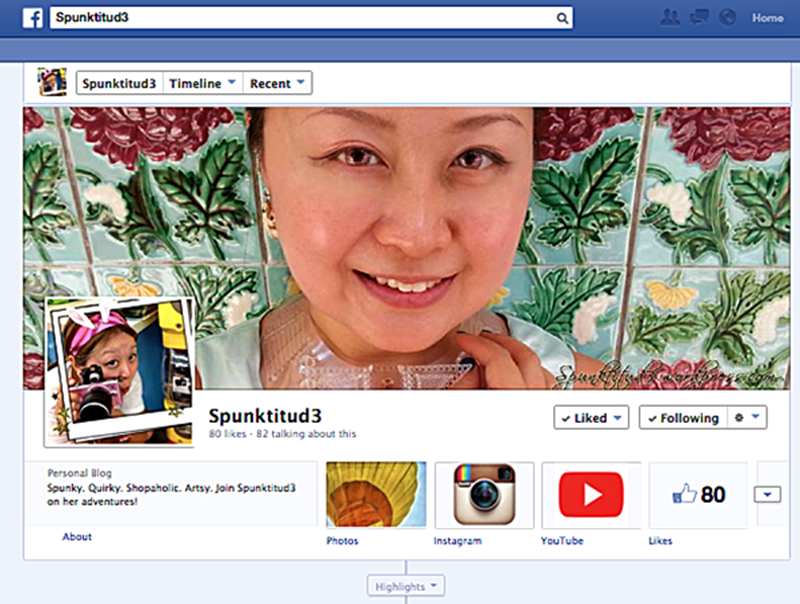 After two years of blogging on Spunktitud3, I’ve just started my Facebook page! I’ve been so busy with work & travel that I figured out having a Facebook page will be awesome for instant updates and sneak peeks to upcoming blog posts. Hopefully, it will help me share my experiences with my readers and friends more easily. Do head over to Facebook and “Like” my page, I hope to get to know you better! :)

Basilique Notre-Dame de Fourvière with the Golden Virgin Mary
Perched on top of Fourvière hill, the gold statue of the Virgin Mary was created by the renowned sculptor Fabisch in 1852 and sponsored by several notable Lyonnais Catholics. The inauguration of the golden statue of the Virgin Mary on the north-west tower is the origin of Fête des Lumières, when the citizens of Lyon display candles (lumignons) at their windows.

Dedicated to the Virgin Mary, who saved the city of Lyon from a cholera epidemic sweeping Europe in 1823, Fourvière forms part of Vieux (Old) Lyon, and was named a UNESCO World Heritage site in 1998. Basilique Notre-Dame de Fourvière looms impressively over the city of Lyon where it can be seen from many vantage points; not unintentionally, the basilica of Fourvière has become a symbol of the city. It receives 2 million visitors annually and is also know as “the hill that prays”.

To visit the basilica, you can choose to walk up the hill (a 2+hour journey up the steps which I would never forget nor repeat) or simply take a 5-minute ride on the funicular which is just next to the Fourvière train station. You can use your train ticket on the the funicular as well, so keep your ticket.

The design of the basilica by Pierre Bossan draws from both Romanesque and Byzantine architecture, two non-Gothic models that were unusual choices at the time. It has four main towers, and a belltower topped with a gilded statue of the Virgin Mary. It features fine mosaics, superb stained glass, a crypt of Saint Joseph and a Museum of Religious Art.
Work on the basilica begun in 1872 and finished in 1884. Finishing touches in the interior were not completed until 1964. That makes it almost a century in building. Gosh.

The amazing gold ceiling of the basilica taken in 2009. The interiors are currently going renovation, and will be finished by 2013.

Interior of the basilica

The walls of the basilica were covered with huge mosaic paintings formed with tiny squares of stone.

Light a candle and say Thank You Mary!

How cute! A scene depicting baby Jesus and the Three Kings

You can get a pretty awesome view of the entire city of Lyon and its suburbs from Fourvière Hill. I would highly recommend anyone going to Lyon to make a trip here.

That’s the Ferris Wheel at Place Bellecour. It is even more beautiful during festival nights as you can see a number the light artworks from a bird’s eye view.

The Ferris Wheel itself hosted an amazing artwork when I first went in 2009 – that must be one of the largest circular video screens around!

A photo for remembrance! Me with my crazy hair and Jia, a sweet long-time friend now living in London who came to the festival with me. Feels really good to huddle in the cold weather!

We discovered a short-cut down the hill! Which was good since the funicular would be crowded and this took only 15 minutes. To walk down, that is.

Here’s the street to remember!

Vieux Lyon on 8 Dec was CROWDED! To commemorate the day Lyon was consecrated to the Virgin Mary for saving the town from plague, a solemn procession makes its way to the Basilica of Fourvière on 8 Dec to light candles and give offerings in the name of Mary. This has been done every year since 1643.

I felt really fortunate to have witnessed this procession. I said hello to the priest too, who greeted me “ni hao” (hello in Mandarin)! I really give it to the people who made the the arduous climb up the hill to the Basilica of Notre-Dame de Fourvière we had just climbed down – my knees wobbled like jelly with the mere thought of walking up the hill! Talk about pure devotion. Amen.

The Chrysalises of Saint-Jean by Damien Fontaine @ Cathédrale Saint-Jean
This is one of my most favourite artworks at the festival – I watched it at least eight times. The ever-changing light projection with well-matched music was simply magical. I couldn’t stop clicking my camera. Nor staring in awe. Whenever a show ended, you could hear the crowd clapping and cheering. I bet the artist would be very, very proud of what he had created. Bravo!

What If by Daniel Knipper along the quays of the Saône river
And this was the craziest light projection of them all, ever – huge coloured drawings inspired by the works of Joan Miro, Picasso or Mondrian were projected along the waterfront of La Saône river, comprising the Fourvière basilica, the chevet of the Cathédrale Saint-Jean and the façade of the Palais de Justice.
I have never seen such a massive light projection, and I can’t imagine how many ga-billions it must have cost. Amazing. The French are definitely amazingly crazy people!

The Luminéoles’ Ball by Christophe Martin along the banks of the Rhône river
This is one of my favourite artworks. The Luminéoles are imaginary light birds with slender wings which dance in a spectacular aerial ballet. My friends and I call them the “flying sperm” heehee.

It was hard work getting a flying sperm to a climax high – each one had a person flying it like a kite on the ground. The festival lasted six hours a night, and imagine being out in the cold flying a Luminéole all night.

Oriflammes by Sébastien Lefèvre @ Pont Lafayette
Lines of little flags ripple in a continuous dance of changing colours and form an impressive luminous path which visitors can follow to cross from one bank to the other.

Human jam! We jostled for 20 minutes, only to realise we only made 10 steps forward. FAIL. Backtrack and go by an alternative route.

Nest, Virtual Aviaries by Lucion Media @ Montée de la Grande Côte
I love this artwork! Twelve large luminous bubbles housing virtual birds placed in the gardens of the Grande Côte are theatres of shadows always in movement, like mobiles brought to life by the wind. Guided by song, walkers stroll in the middle of these abstract compositions, at the same time are invited to re-live their childhood emotions.

Nest, Virtual Aviaries by Lucion Media @ Montée de la Grande Côte
You simply have to see it in motion to appreciate its beauty.

And this was what the same garden looked like in 2009 – an electric floral garden. The festival is just so full of surprises!

Box by Marie-Jeanne Gauthé/Laser Movement @ Place du Maréchal Lyautey
Like a musical box, the laser lights dance to the familiar tune of the Swan Lake and evokes an emotive atmosphere. One of my favourite artworks as well.

Magic Cube by Gilbert Moity @ Place Bellecour
Visitors become cyclists to illuminate the statue of Louis XIV and its pedestal. This combined energy will create a series of abstract coloured images which vary with every sequence and light up the statue in a unique way. There is a grand finale of light to reward the athletes’ efforts.

How can there be no fireworks at a light festival? We were treated to an aerial spectacular along the Rhone river.

And how can there be no champagne to celebrate yet another successful festival showing? Congrats TILT!

By then, it was also time to bid farewell to my friends and Lyon. I enjoyed the festival tremendously and I am sure I will fondly remember a number of the artworks for a long, long time. Awwww, I hate good-byes…till the next festival, I love you Lyon and Mary, thanks for all the wonderful memories and friends you have given me. À bientôt.

Cuckoo Head
Came across these very interesting hairbands from Bangkok, and couldn’t resist having some fun…

I know you are getting hungry looking at me…LOL. I should try wearing other seafood. I think a crab would look fab.

I’m gonna try licking the donut on my head…

And this is what I went home with – a cute little pony. No doubt it will draw curious stares on the street, but it’s too cute to pass up! I’ll make sure chum D will be walking beside me to share the stares *wink*

Yummy breakfast at St John…more about this place soon :)

Love my pretty hat with a Swarovski-embellished veil from Spitalsfield Market, matches my hair colour perfectly!

Leadenhall Market is a beautiful covered market in the City of London. Located to the south of Leadenhall Street between Gracechurch Street and Lime Street, it is one of the oldest markets in London dating back to the 14th century. Originally a meat, game and poultry market, it stands on what was the centre of Roman London.

Leadenhall Market was used to represent the area of London near The Leaky Cauldron and Diagon Alley in the film Harry Potter and the Philosopher’s Stone. I was really excited to visit Harry Potter’s filming studio (upcoming blog post) and also see the original location!

There are stalls selling flowers, cheese, meat as well as retail shops, pubs and restaurants in the market building. Its ornate roof structure, maroon and cream Victorian facade and cobbled floors make it a tourist attraction and ideal filming location.

The blue shop is where The Leaky Cauldron was based on…guess what shop it is in reality?