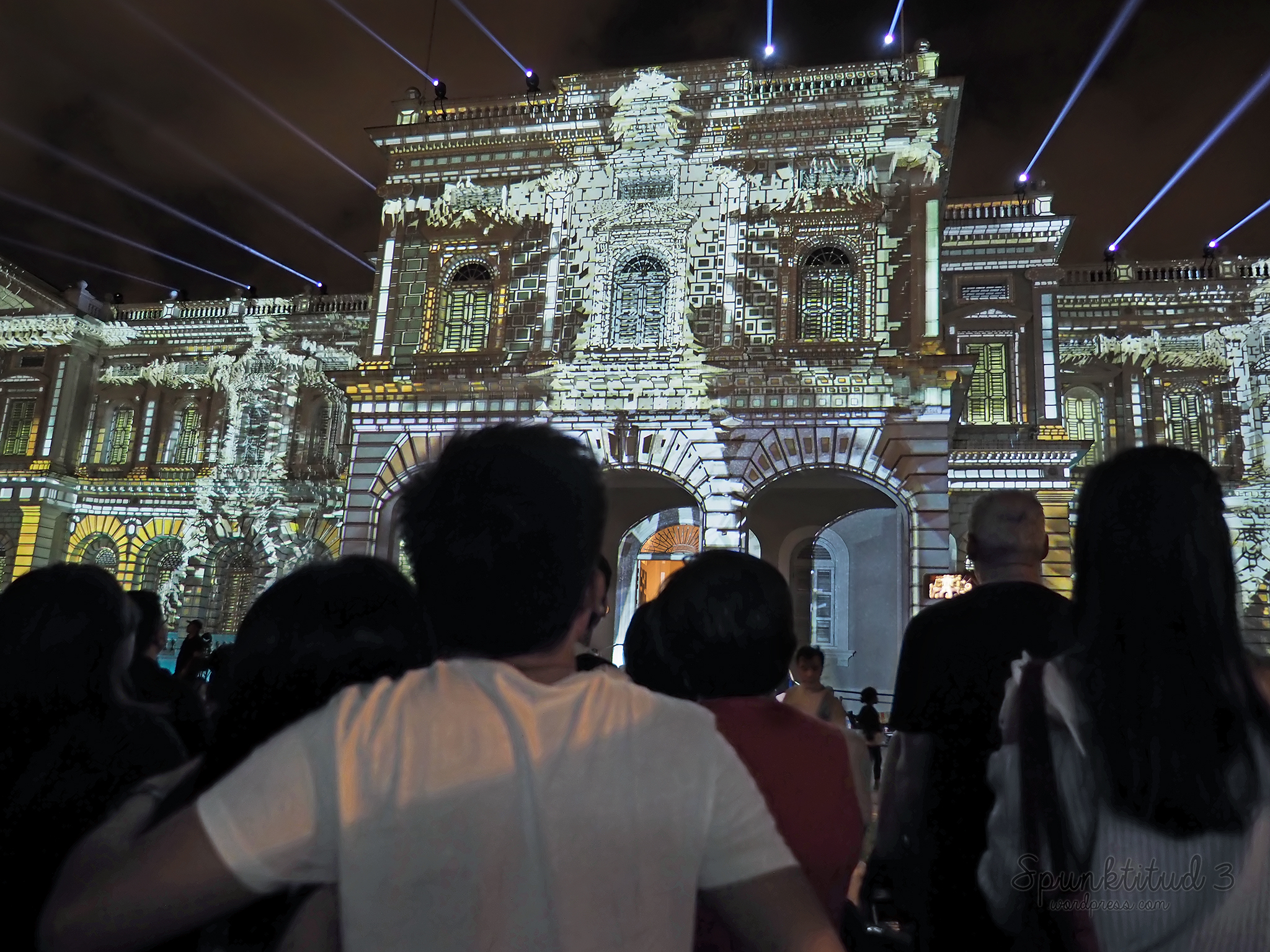 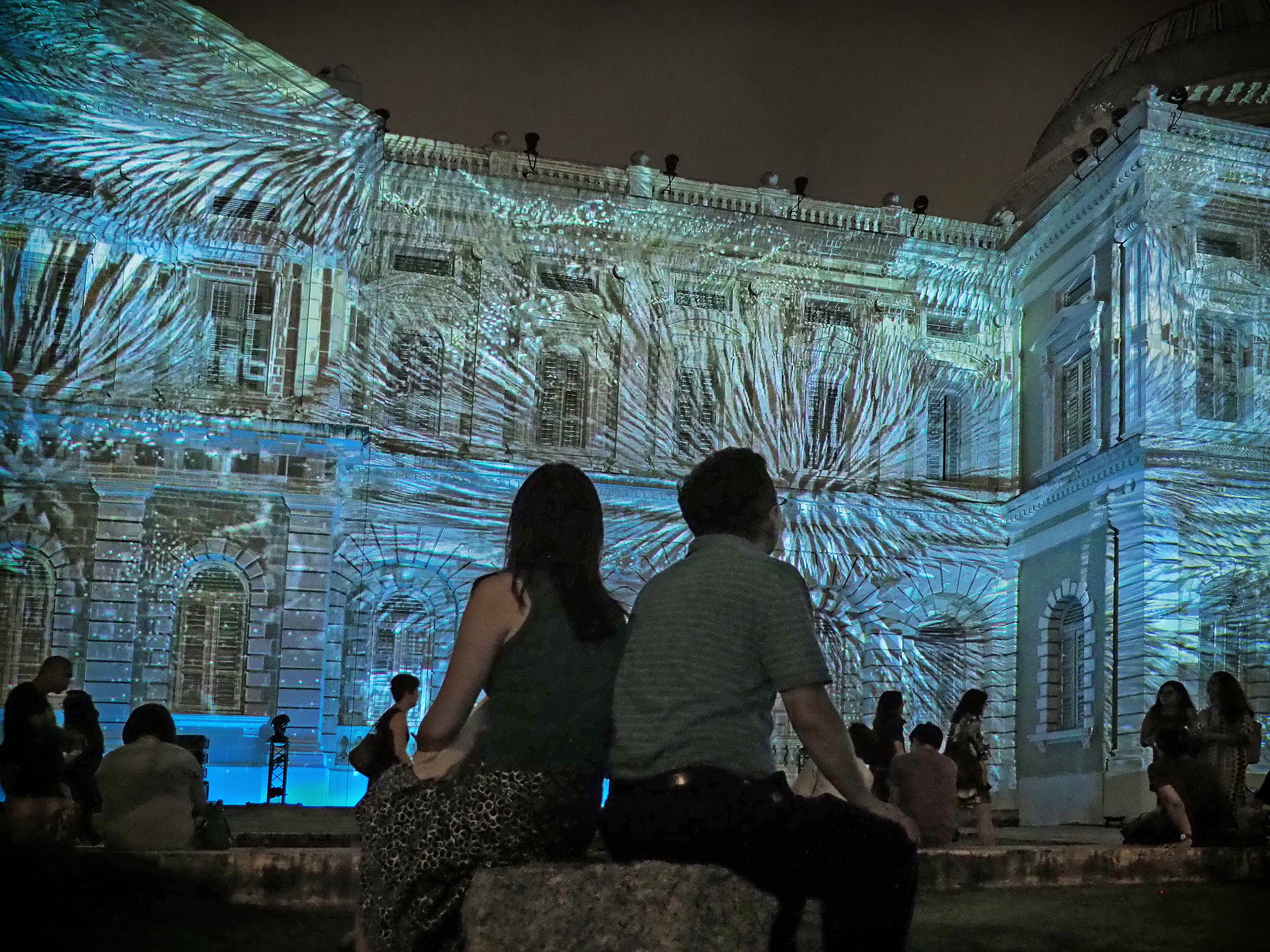 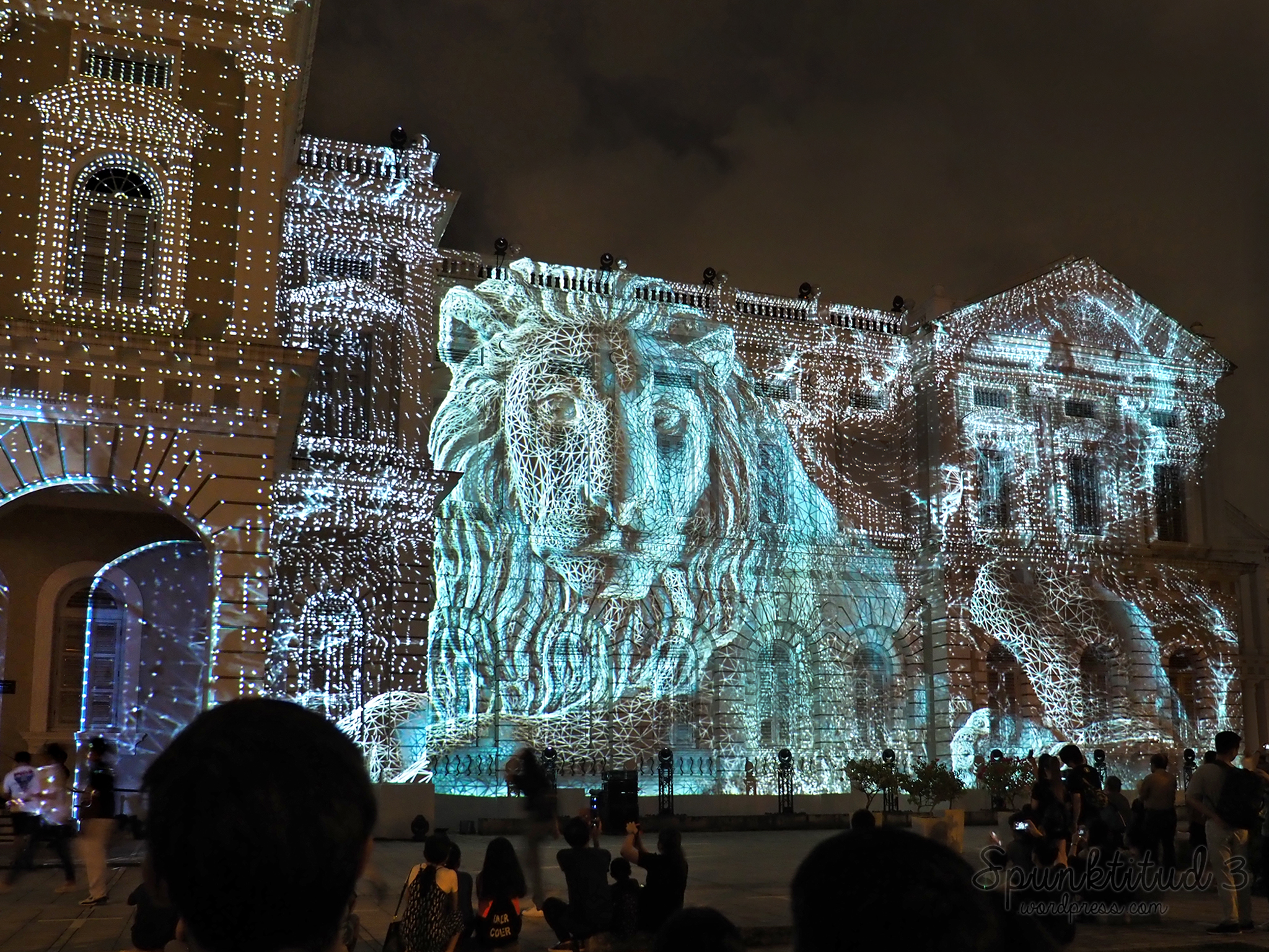 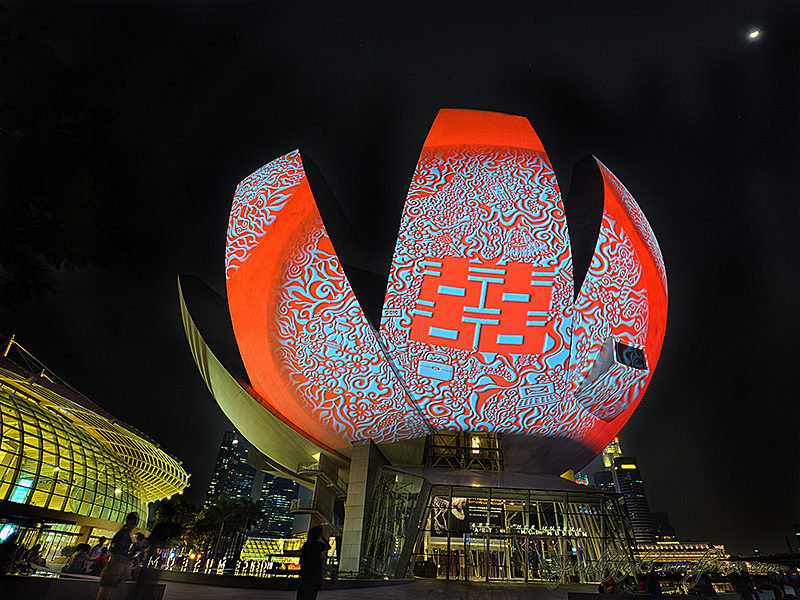 CELEBRATION OF LIFE
JUSTIN LEE WITH DORIER ASIA PTE LTD
Part of i Light Marina Bay
Celebration of Life is a playful commentary on the role and value of traditional culture in our contemporary society, Through the use of Pop-art as a playful medium in this work, this installation celebrates Asian values in our modern society through a tongue-in-cheek manner. In this 3D projection installation for the ArtScience Museum, Justin playfully blends traditional Eastern iconography with modern-day symbols of our global capitalist culture. This approach suggests cultural resilience – the ability of Asian culture, to survive, to withstand, to endure, and to adapt to the changing contemporary society. 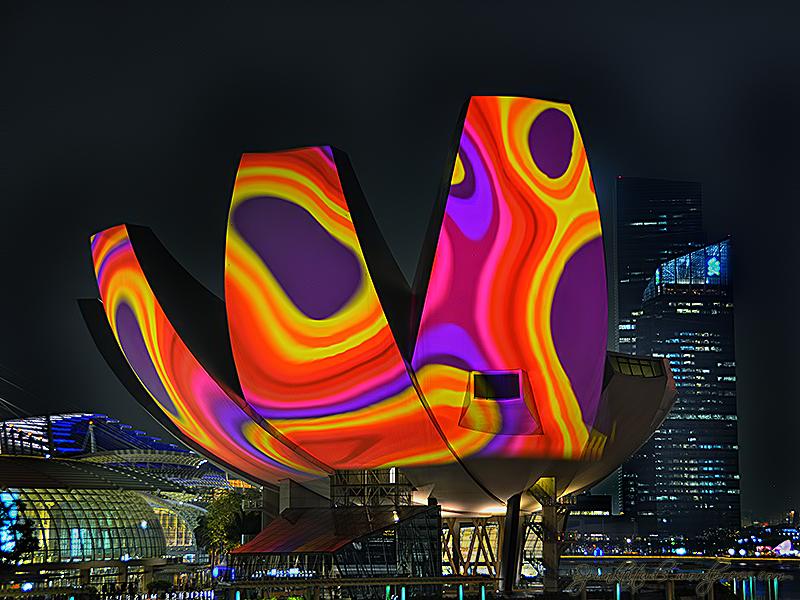 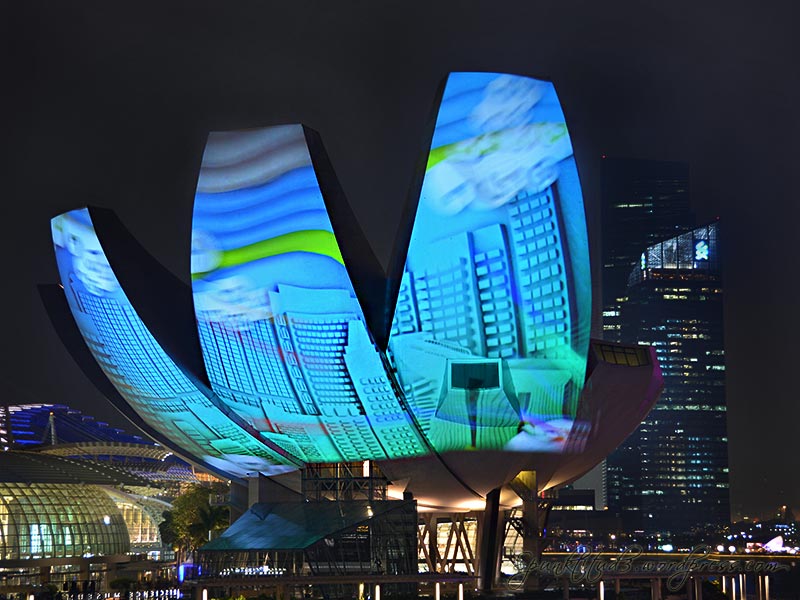 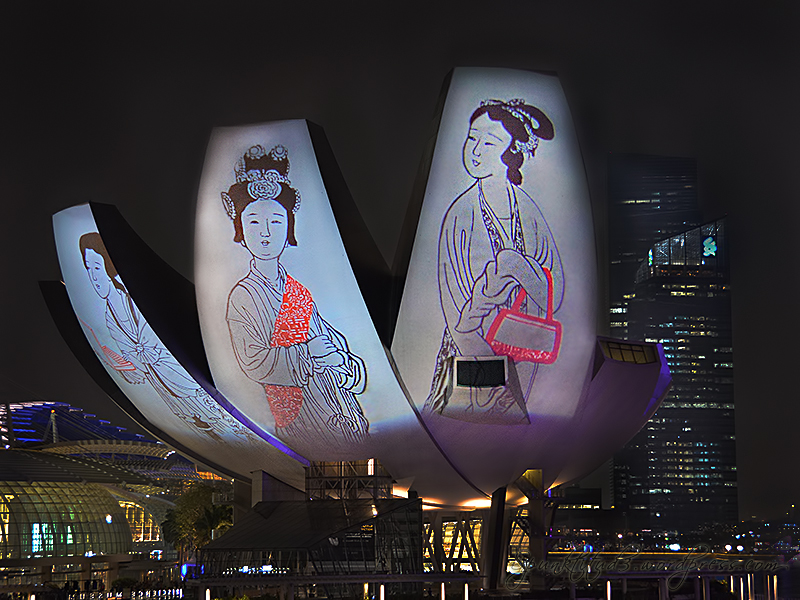 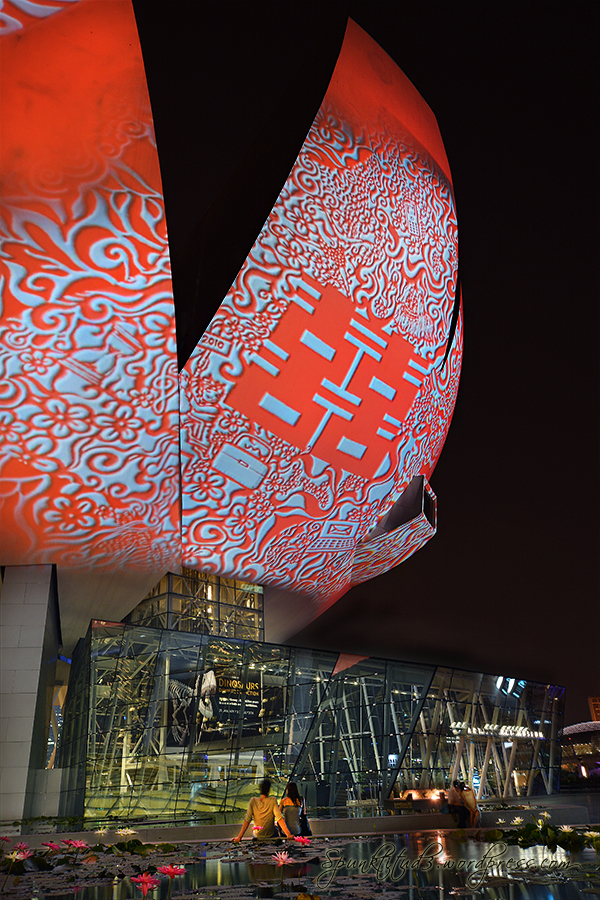 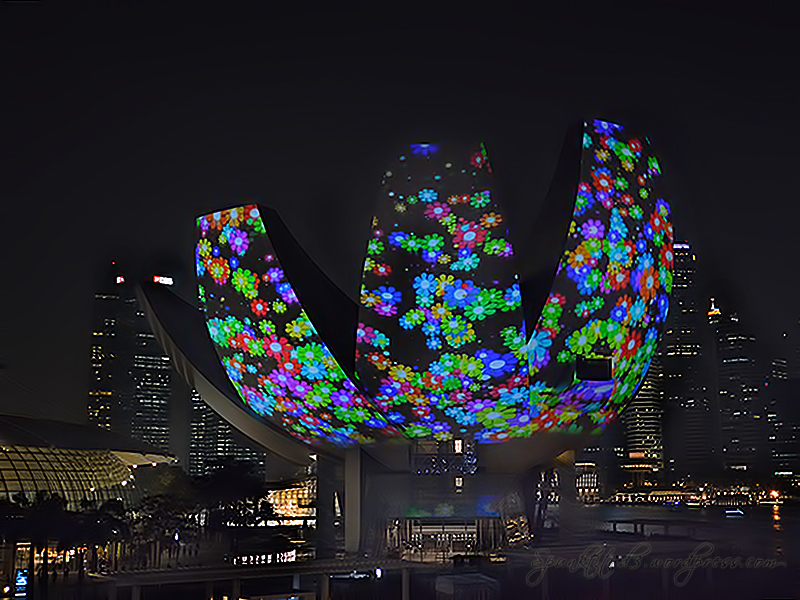 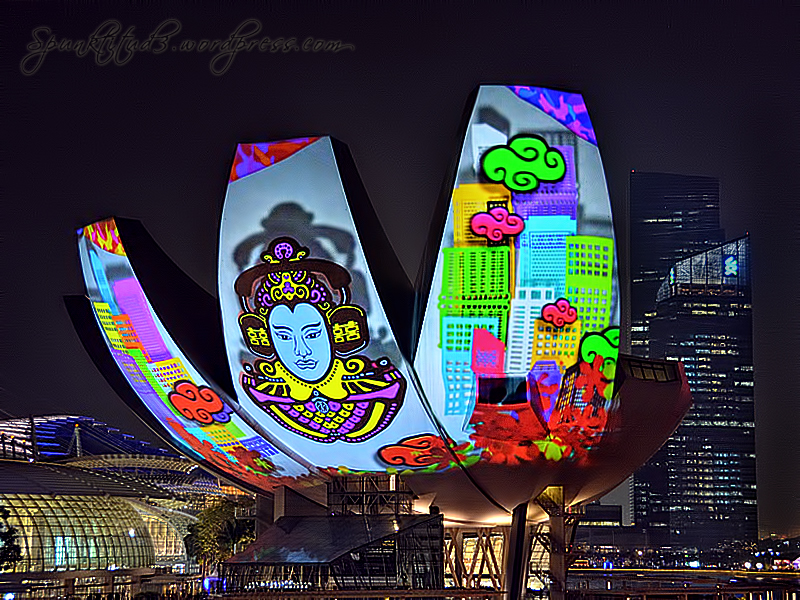 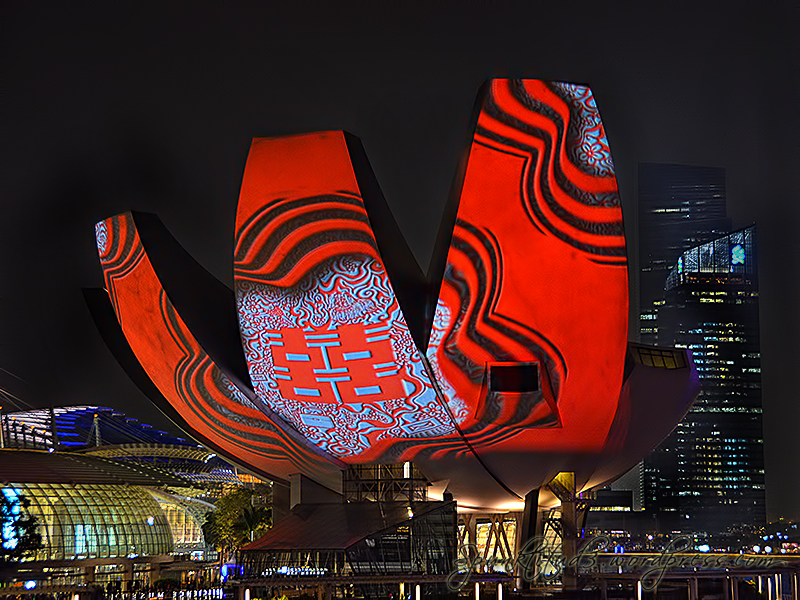 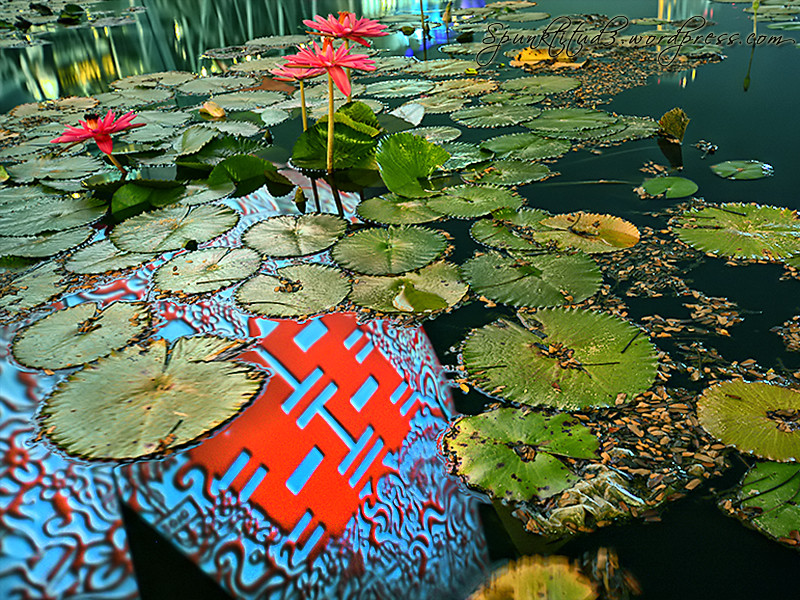 Spotted a very interesting stretch of graffiti art along a huge drain next to Pasar Seni station, Kuala Lumpur. Some of the artworks looked really well done, I’m impressed.

Let the creativity flow like the river…erm, drain I mean ;p

I call this The Magic Cloud. Teleporting in progress!
CLOUD is a large-scale interactive sculpture created from 6,000 light bulbs (new and burnt out) by Canadian artists Caitlind Brown & Wayne Garrett. The piece utilizes everyday domestic light bulbs and pull strings, re-imagining their potential to create wonder and inspire collaboration. As part of the process of creating the sculpture, the artists collected burnt out incandescent light bulbs from the surrounding community, forging an informal relationship with non-artists, reducing costs, and asking audiences to reconsider household items in an alternative context. During exhibition, viewers interact with CLOUD by initiating impromptu collaborations, working as a collective to turn the entire sculpture on and off. This is easily one of the more popular installations at i Light Marina Bay 2014.

“Sound of Ikebana” – the theme of four seasons inspired by different cultures showcases Japan’s four seasons alongside strong artistic influences of the Rimpa School. Colours representative of China, Malaysia and India have been included to acknowledge the exhibition’s staging in Asia. Shot at 2,000 frames per second using high-speed photography, “Sound of Ikebana” is a series of videos that showcases vibrant images using various liquids (such as paints and oils) created from sound vibrations.

Naoko Tosa is an internationally renowned Japanese media artist who believes in the artistic concept that “various cultures in the world are connected just as one culture from the ancient time of human history at unconsciousness level overcoming nationalism”. Connecting this concept to a computer, she has created a new concept called “Cultural Computing”, creating a new frontier of art products to lead society to a richer future. Covering a wide range of areas, Naoko’s art includes sculpture, visual art, video art, digital art, just to name a few. She has exhibited her artworks at the Museum of Modern Art, New York, the New York Metropolitan Art Museum and Japan Creative Center at Singapore among many locations worldwide. Naoko is currently a professor at Kyoto University and a visiting professor of the National University of Singapore.