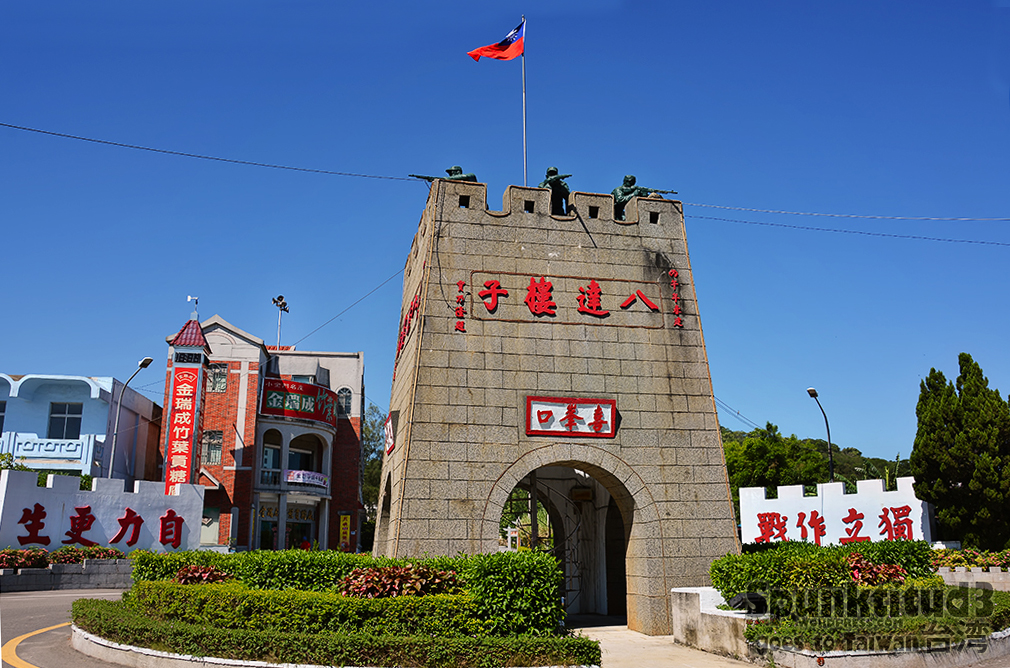 Bada Tower 小金門八達樓子
Bada Tower sits in front of Xizai Village in Little Kinmen, Taiwan. Sculptures of seven armed soldiers stand atop the fortified walls. In a battle against the Japanese at Gubeikou in 1933, seven Chinese soldiers of the Changcheng（Great Wall）troop fought and lost their lives in a die-hard defense of the base. In 1963 when the Great Wall unit was garrisoned on Lieyu, a recreation of the Bada Tower and statues of the seven heroes were installed to inspire future arrivals.