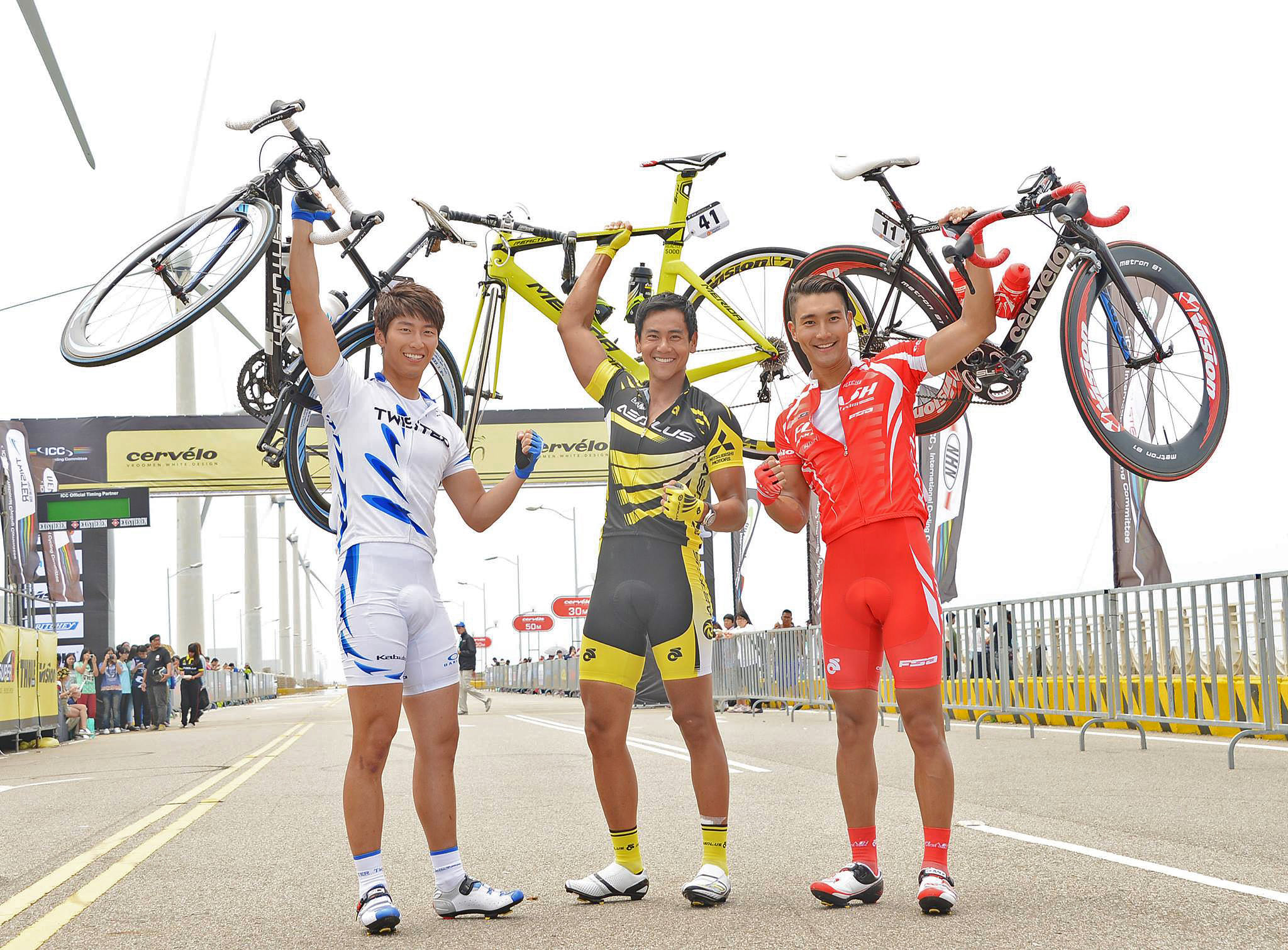 To the Fore《破风》revolves around three young cyclists breaking into the world of competitive cycling as members of the Taiwanese Category III team Radiant, and the mental/physical trials they have to overcome in order to succeed in this endurance sport. Chou Ming (Eddie Peng 彭于晏) and Qiu Tian (Shawn Dou 窦骁) are fellow upstarts hired to be pacers, or ‘破风手’，for Korean sprinter Ji-won (Choi Si-won 崔始源) during his races.

“破风“ basically refers to how pacers shield their star sprinters from winds with their bodies by riding in front of them by creating a slipstream, and navigating the sprinter into the last metres of a race, creating ideal conditions for the final burst to victory. 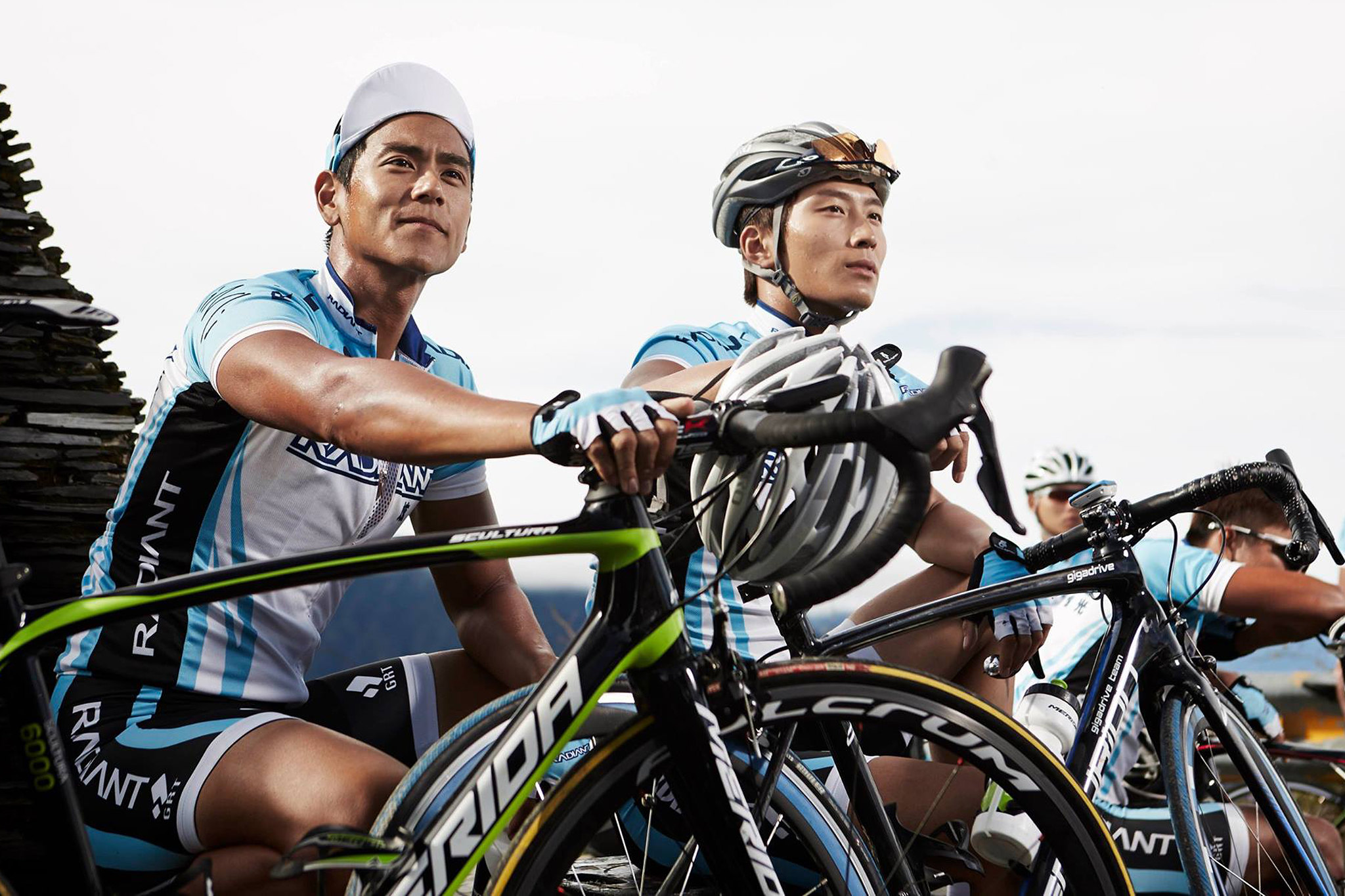 Chou Ming is a cocky go-getter who risks it all to get the win – to the point of beating up his teammates. The gentle Tian prefers to play it safe but struggles with his physical condition and constantly being overshadowed by his compatroits, both in race and in love when he vies for the affections of Shiyao (Wang Luodan), a once-promising track cyclist now trying to make a comeback after suffering from pulmonary embolism. All that happens test the characters’ friendship, and more importantly, show how they grow over time to excel in the sport. 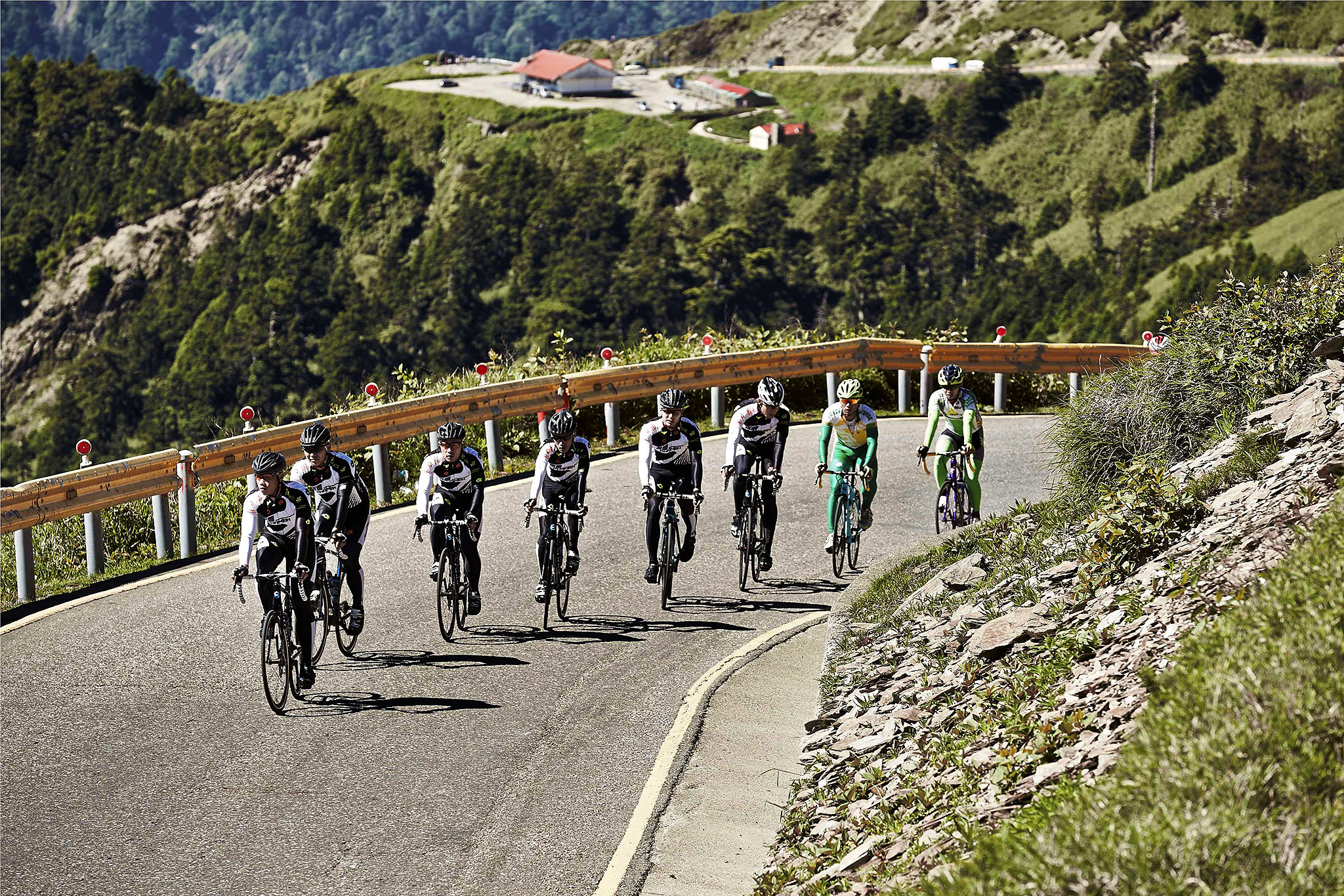 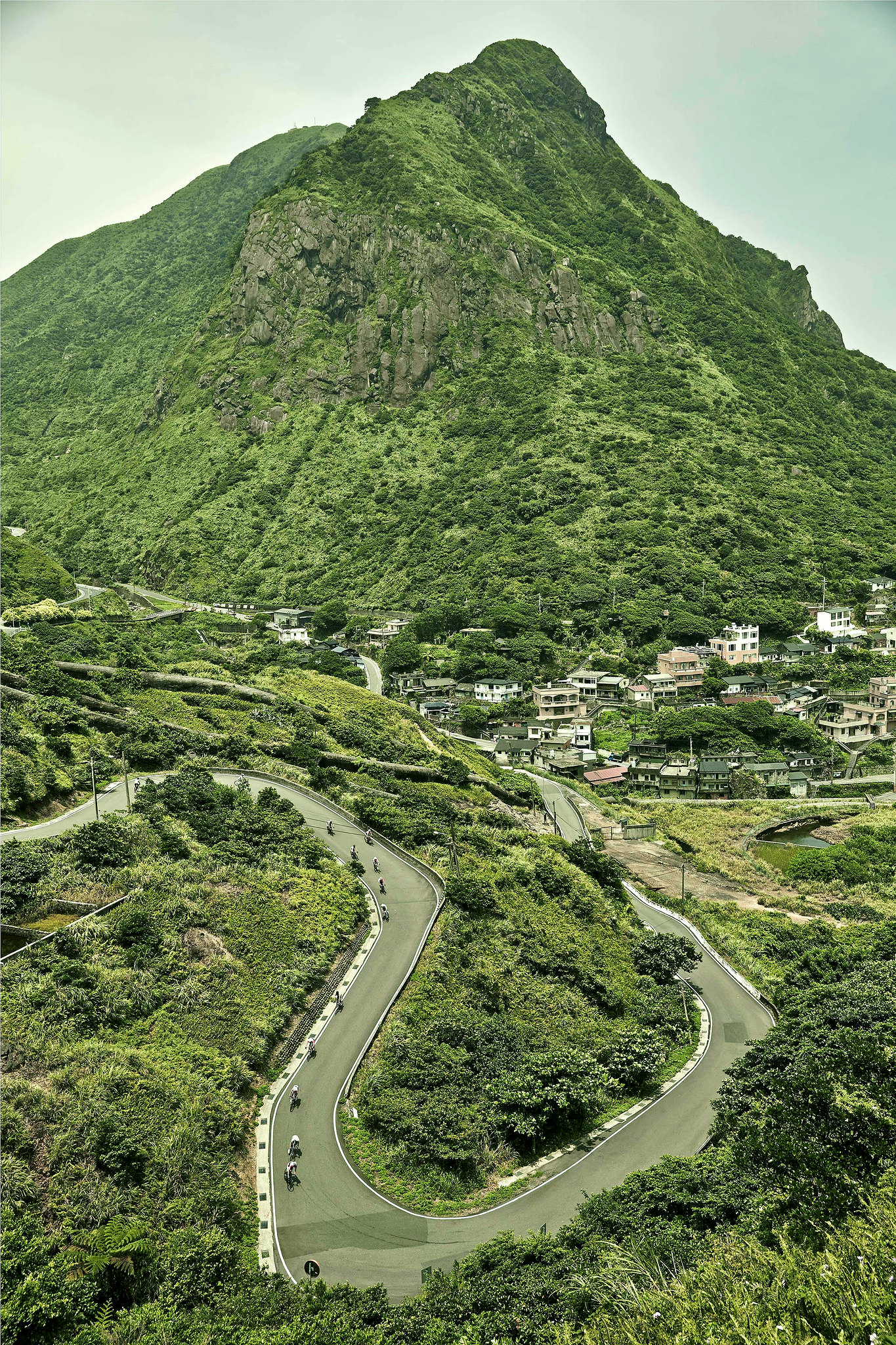 Even if you are not into the cycling, it would be worth watching the movie just for the amazing scenery. 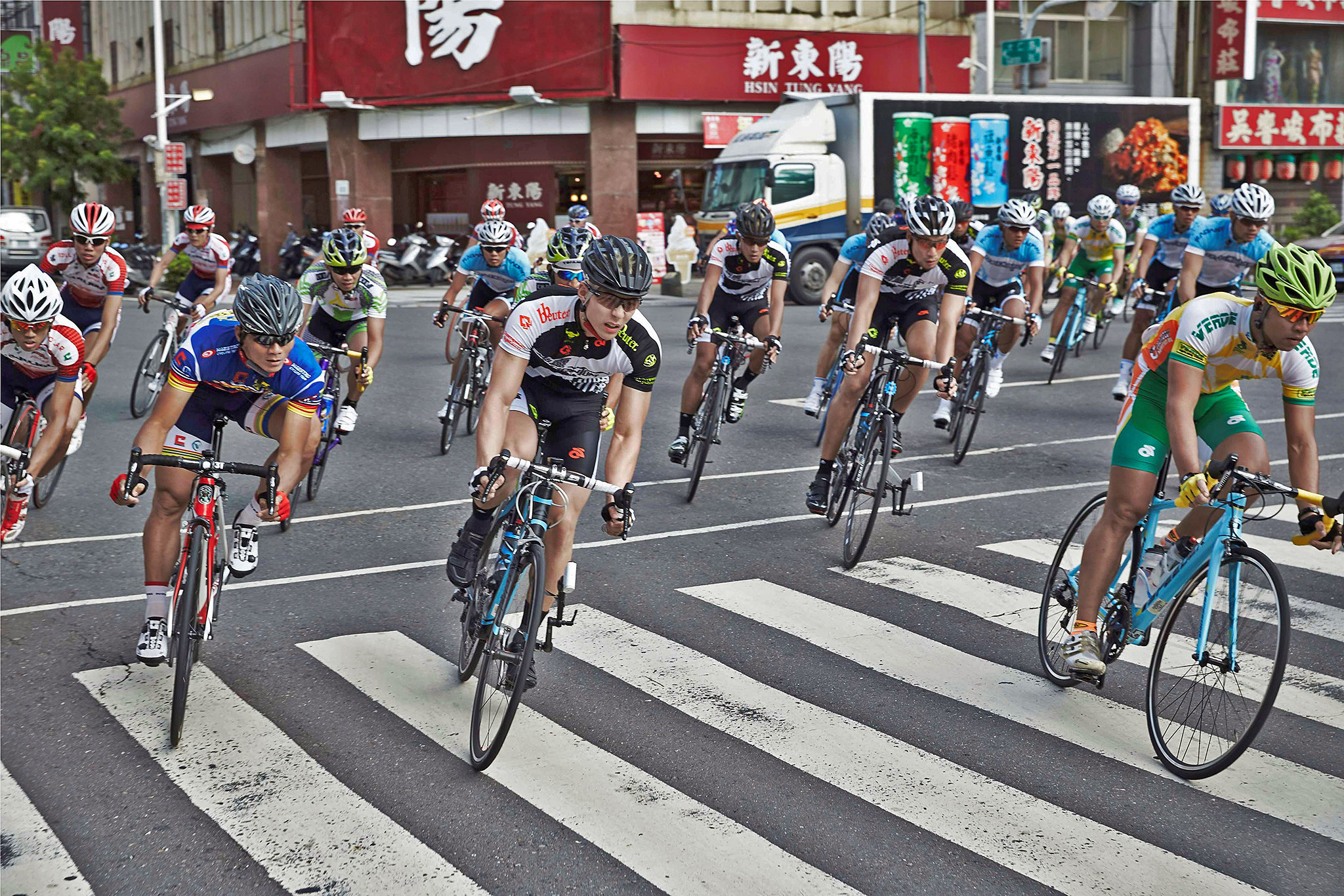 It took the director Dante Lam 林超贤 15 years to realise this movie, not surprising considering the amount of planning and budget that needed to go into making it – more than 1,000 cyclists, expensive bicycles and gear, and actors having to undergo at least 3 weeks of intensive professional training to adequately portray their roles as professional cyclists. The actors cycled over 100,000km and took 6 months to complete the movie. 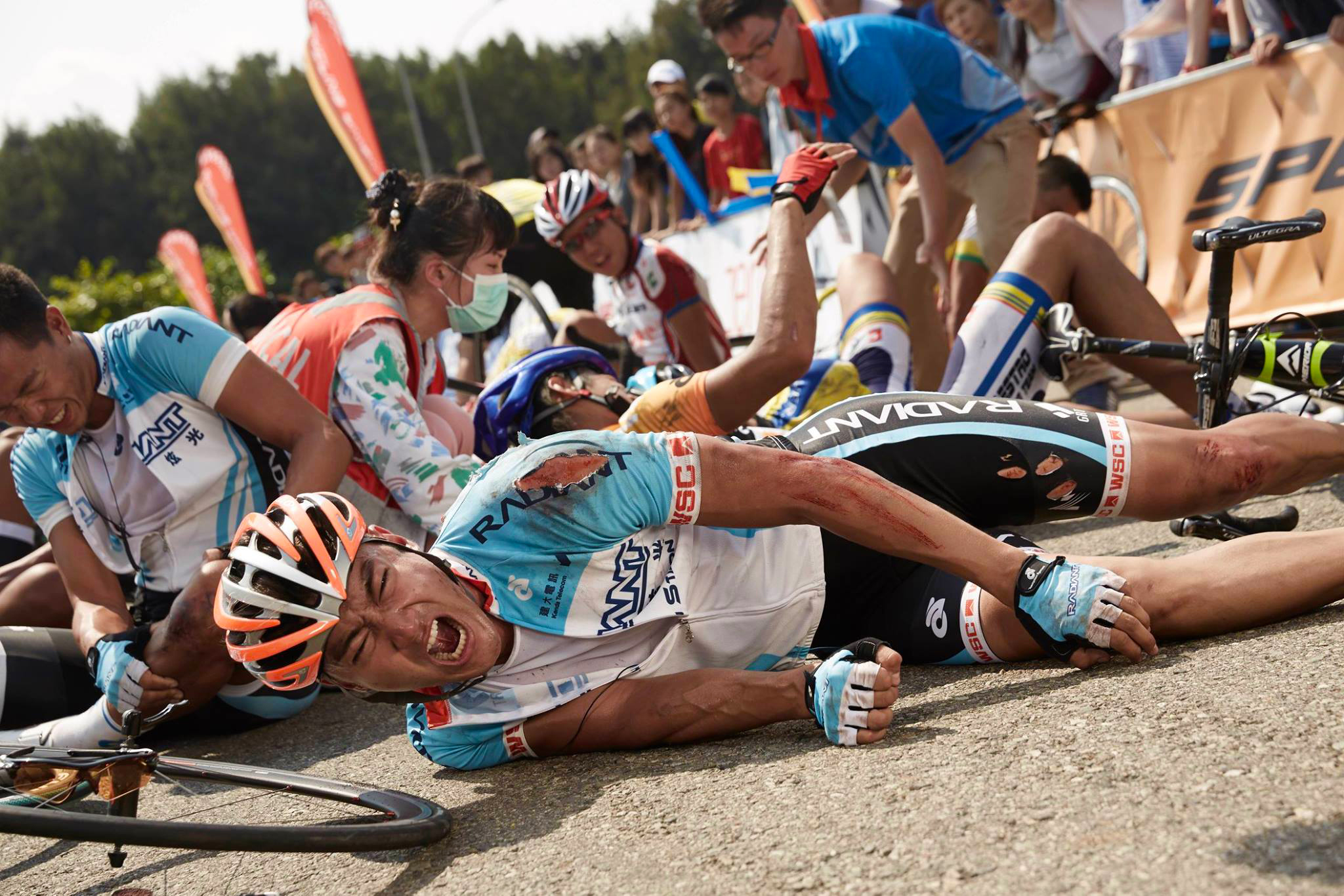 The movie was well-paced, with realistic heart-stopping crashes making the viewers scream each time (especially when Eddie exposed half a butt lol). 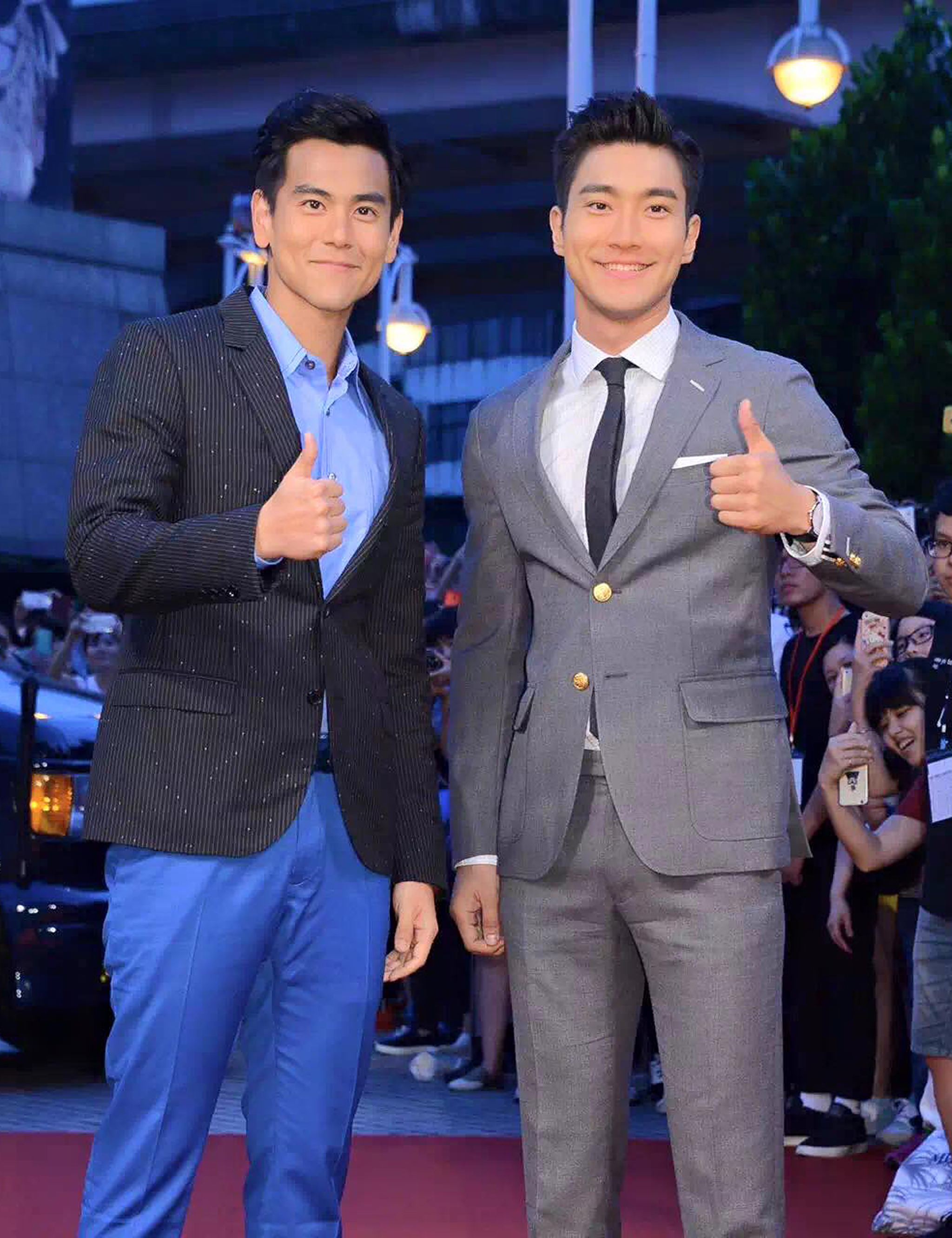 Another reason to catch the movie – eye candy. :) 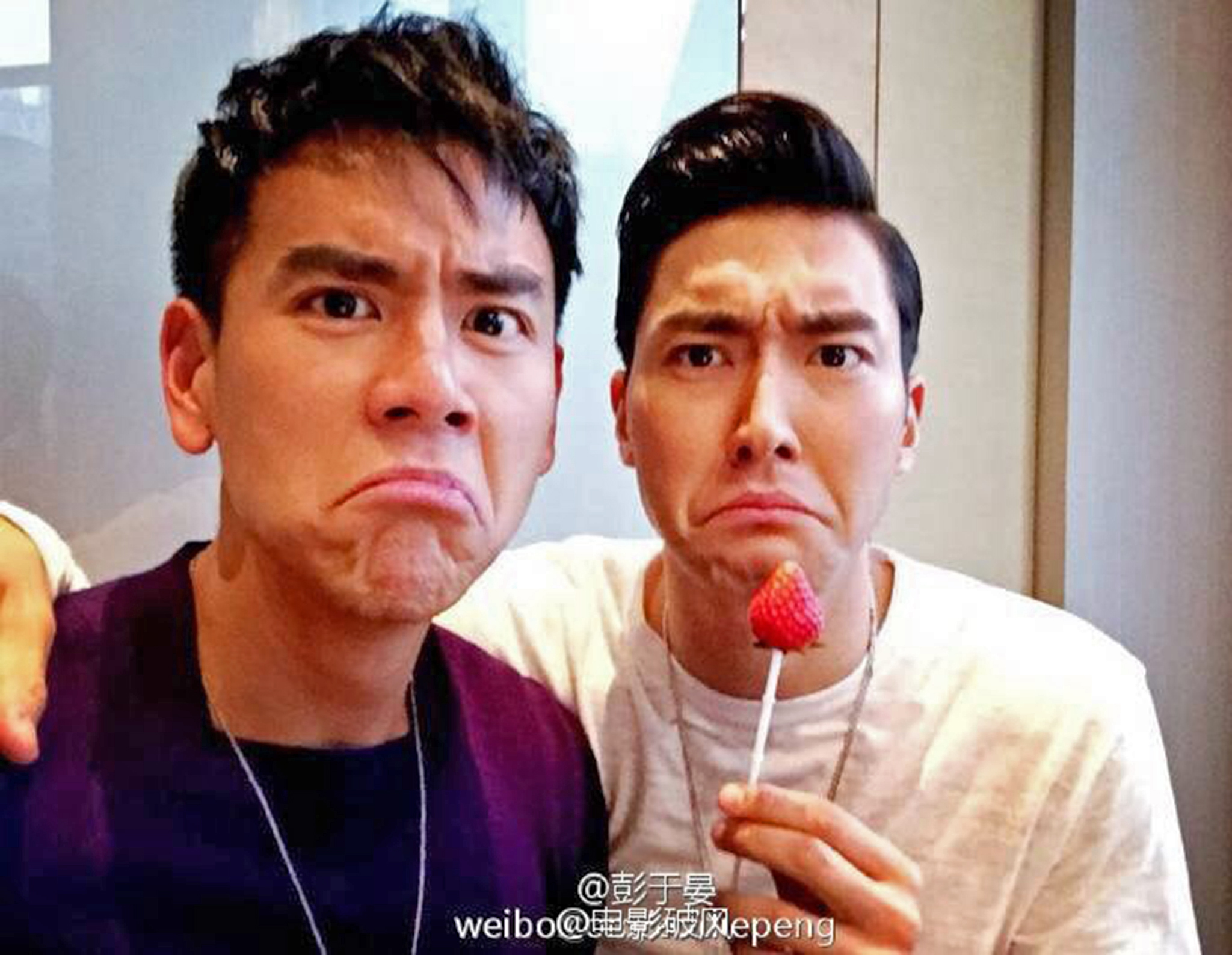 Seems that the friendly rivalry portrayed on-screen also progressing into friendship off-screen, with the actors having fun on their social platforms. 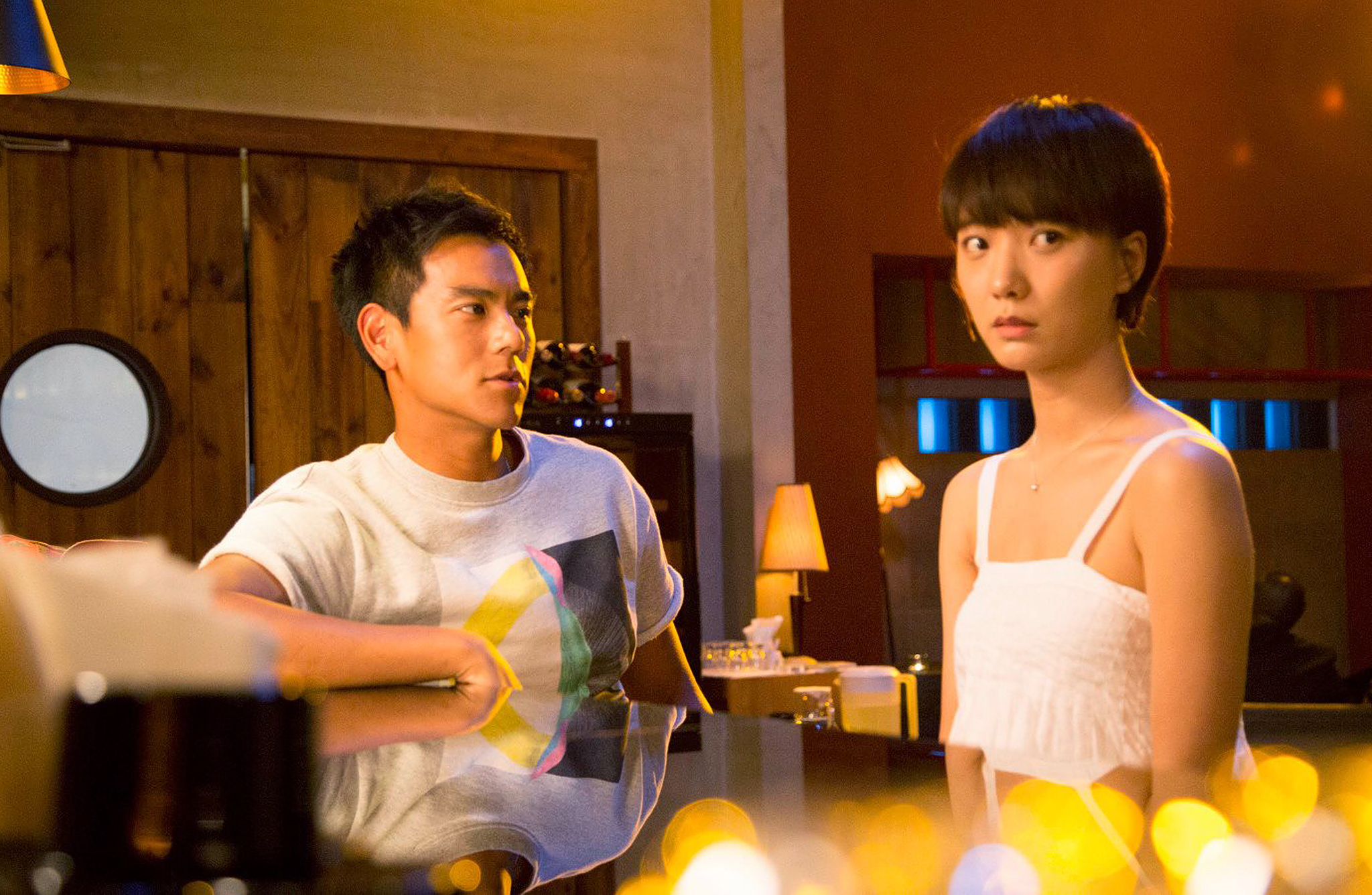 The only part which didn’t really work for me was the romance between the actors – it felt awkward more than anything. It felt predictable, although I was touched by what Chou Ming did for Shiyao. 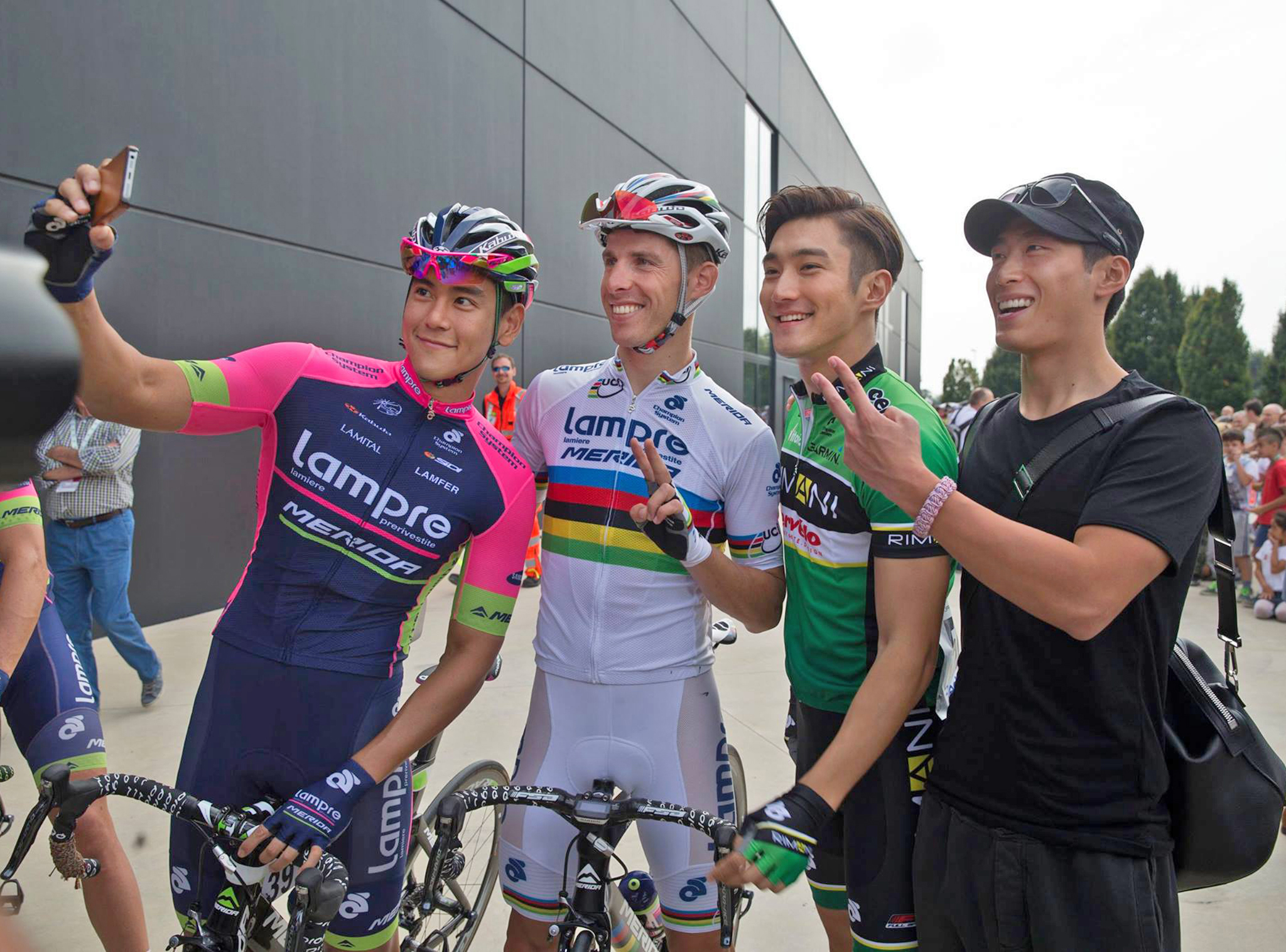 Actual cycling champions Mauro Gianetti and Rui da Costa made cameos in the movie too. 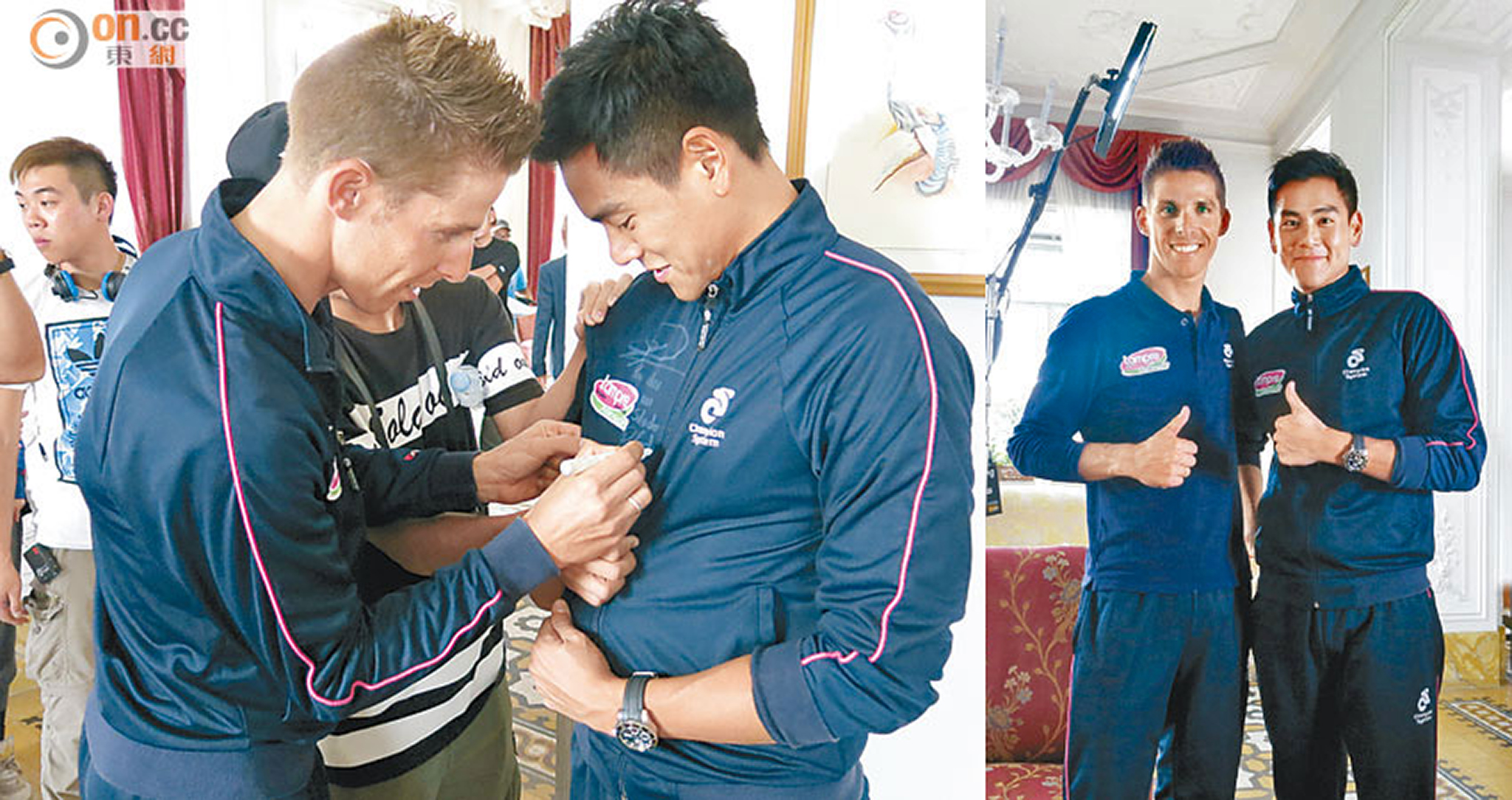 It seems that even the stars themselves were star-struck by their presence :) 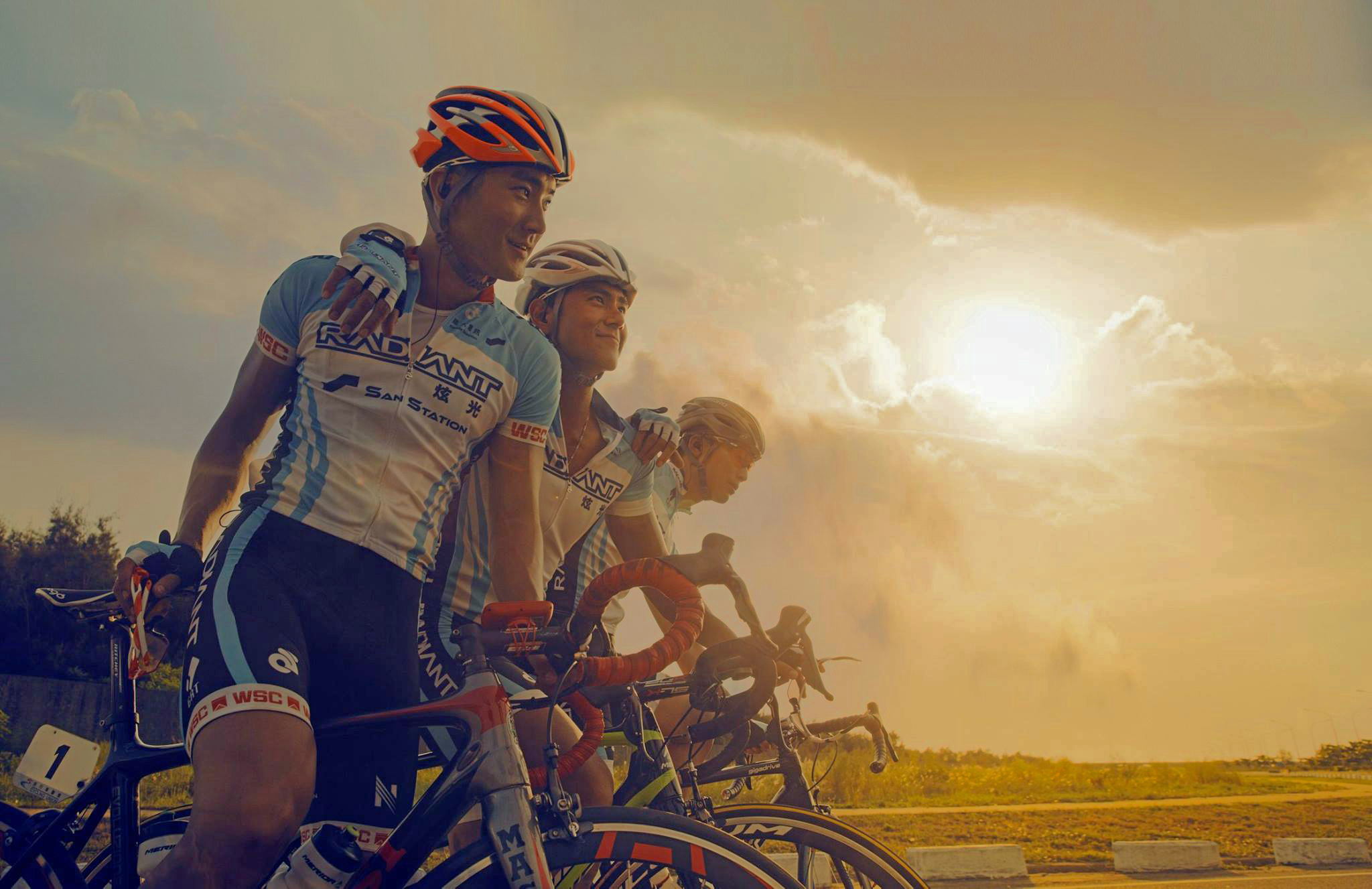 Overall, I enjoyed the movie, and Dante Lam’s choice of cycling as the movie subject makes it quite unconventional (only less than 3 such movies have been made in the world). I also liked that he focused more on the supporting pacers than the usual star sprinters for the show, empathizing with their mental struggles and bringing back the point that teamwork is more important than personal glory, and not getting lost in the chasing fame. 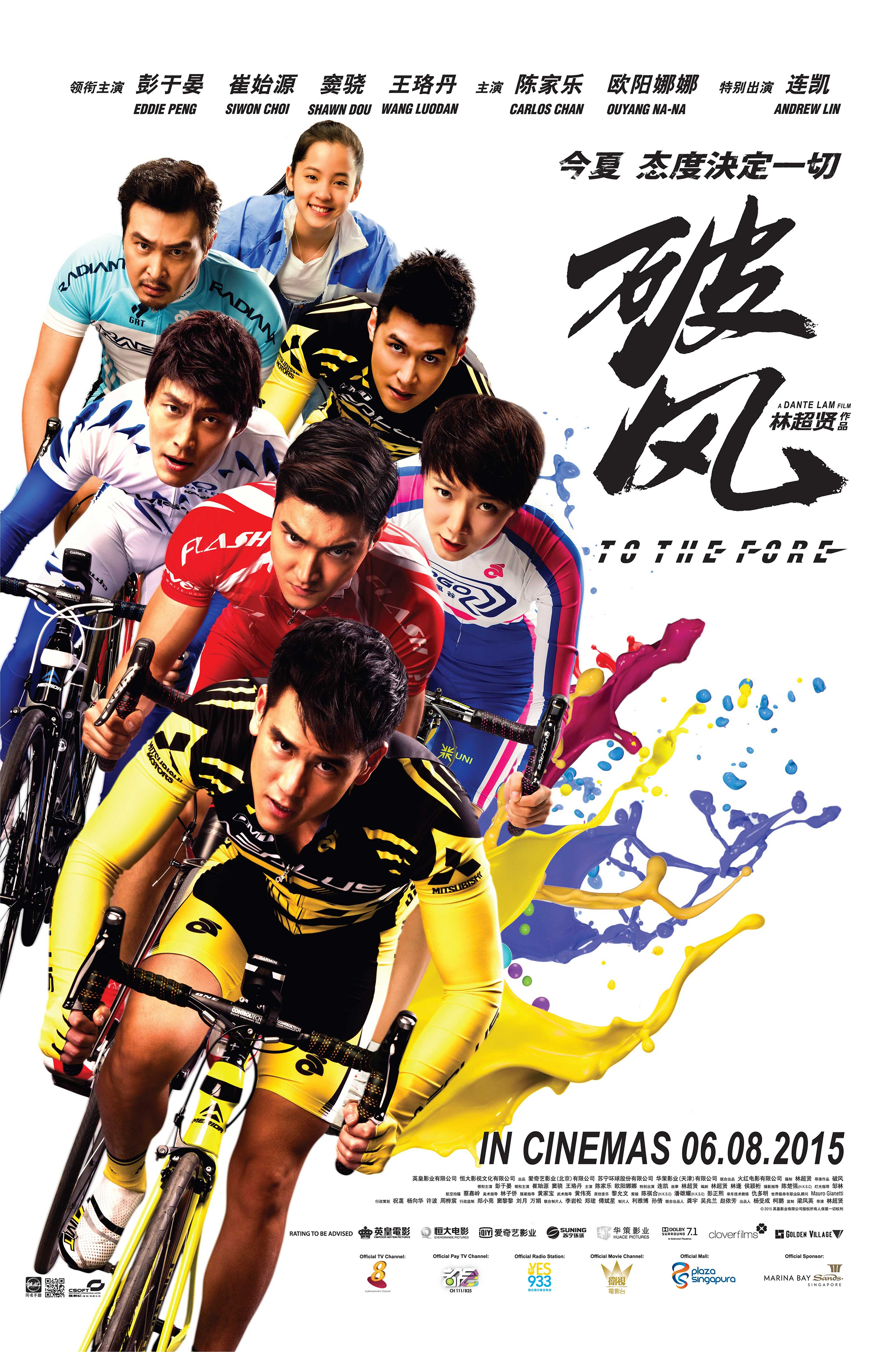 To the Fore is now showing at theatres in Singapore. Go watch. 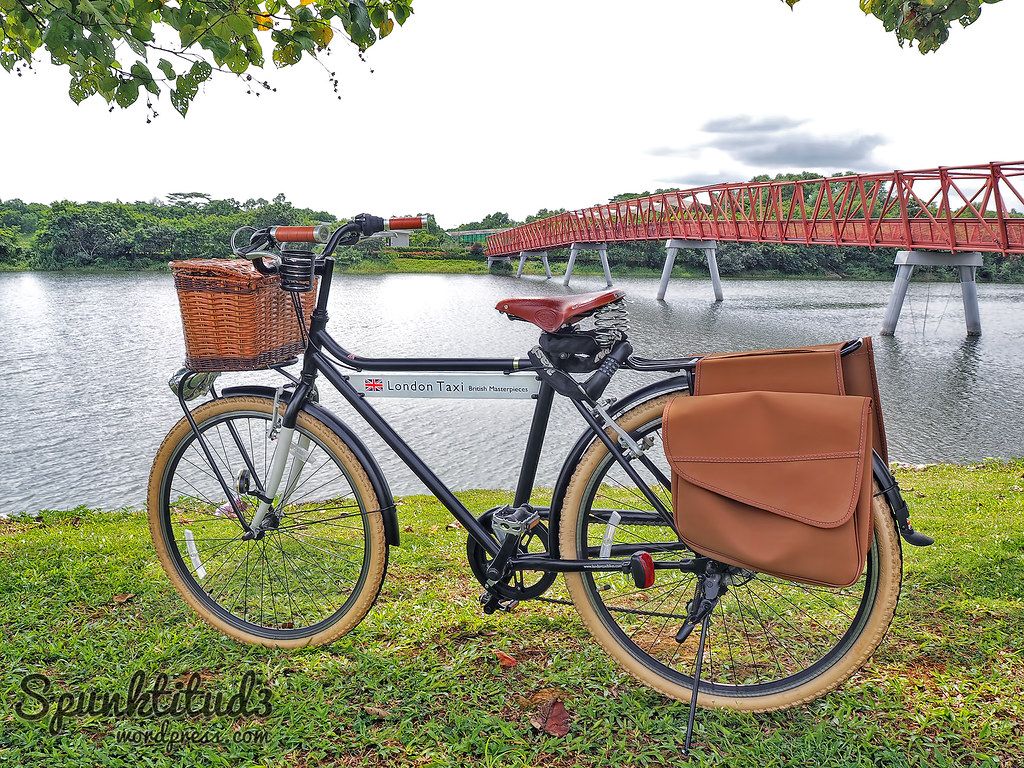 Weekends are best spent with my buddy Robbie – isn’t he a handsome lad? ;) I named him after my favourite Brit, Robbie Willams. I always had a thing for vintage bikes (and bad boys), but couldn’t bear the fixed gear, so Robbie who had 6 gears was perfect. It’s a match made in heaven! I love you Robbie (muaks!), we will visit more of Singapore in 2015. And I will definitely get you new decoration :) 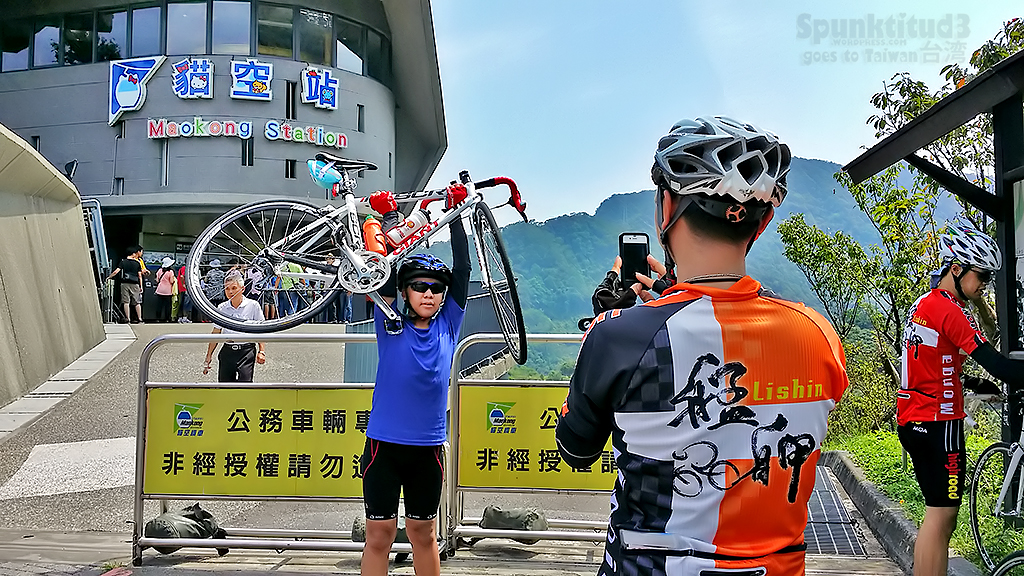 While she conquered Maokong in Taipei… 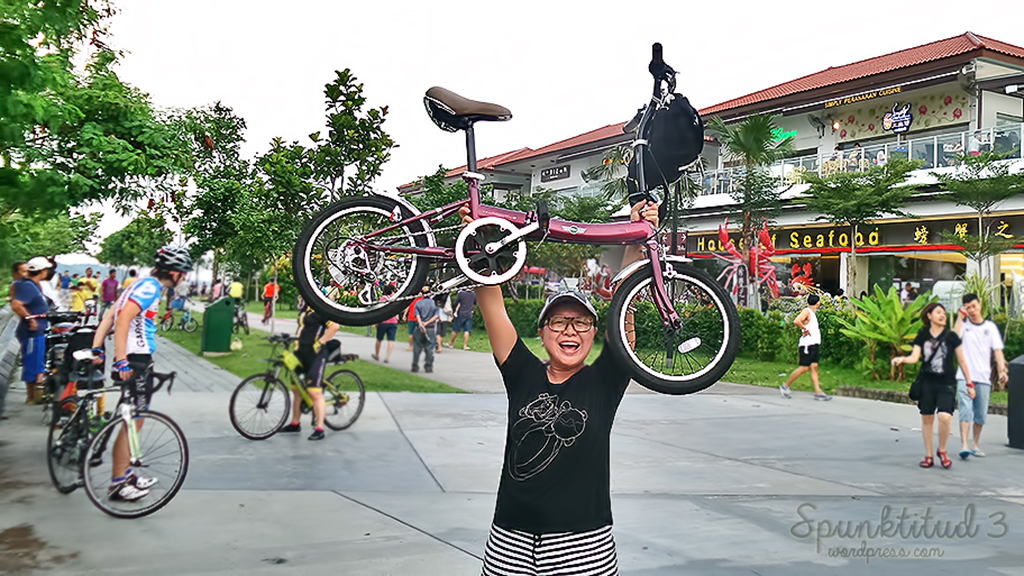 I conquered seafood at Punggol! Now that’s a HUGE incentive for me to start cycling :)