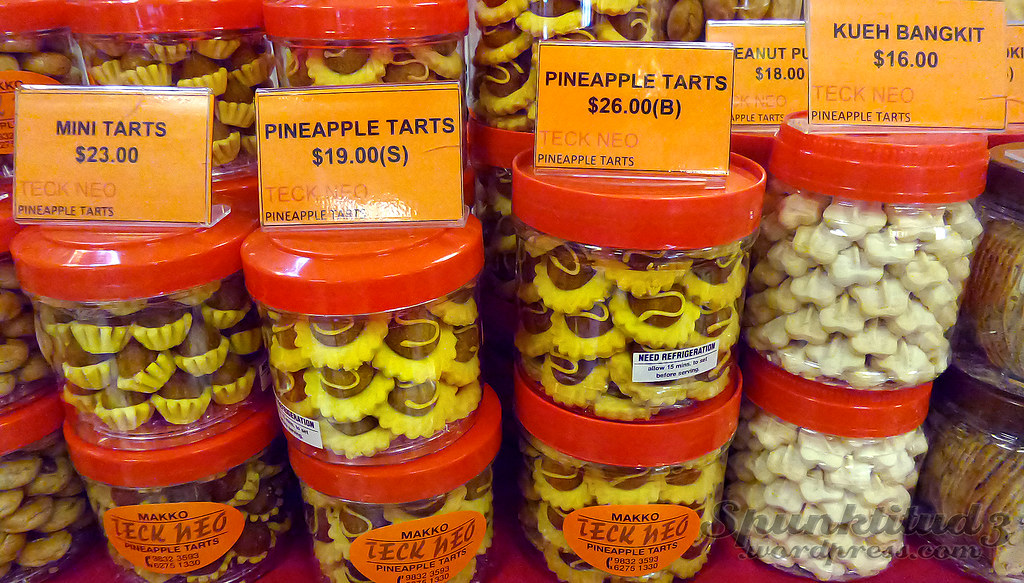 Every year, my aunt never fails to gives us loads of Chinese New Year goodies labelled with the name “Teck Neo.” I will usually start on the pineapple tarts first, and they are usually half gone when Chinese New Year finally arrives. I found that out of all the numerous pineapple tarts I have tasted over the years, Teck Neo is one of the most consistently delicious ones – melt-in-the-mouth buttery crust, not overly-sweet crunchy pineapple filling with a Peranakan oomph. I later learnt that they were the ones who supplied these tasty morsels during the APEC Summit in Singapore. My interest (or rather, gluttony) piqued, I wanted to know more about them and found out that they operated a café tucked away in the sleepy heartland of Blk 35 Telok Blangah Rise. You can’t miss the block from the road, for sure :) 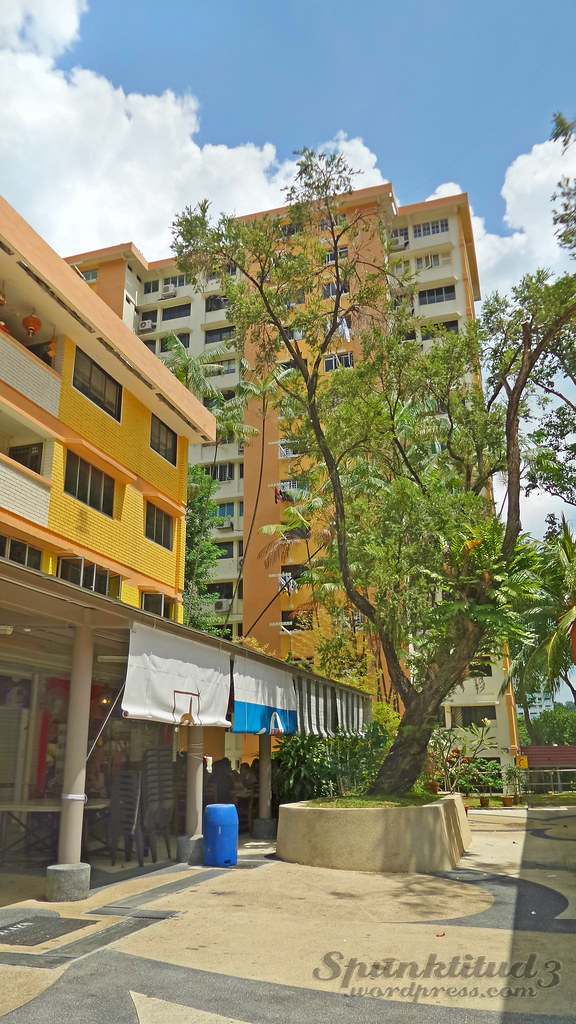 It would be easy to miss Makko Teck Neo’s little Peranakan café located at the end of the block, if not for the people happily eating at the al fresco area in front of the entrance. 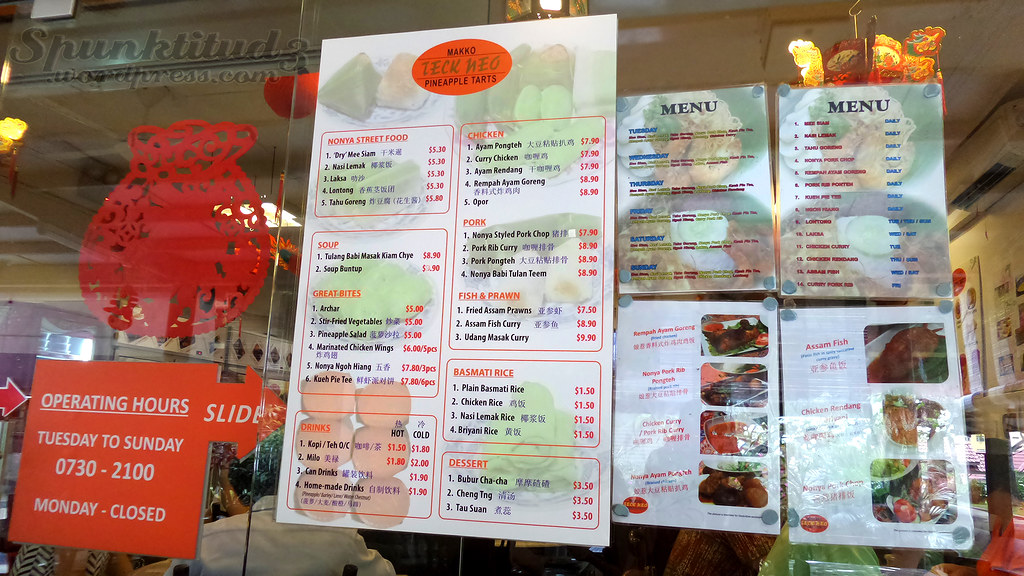 Unlike the usually showy Peranakan restaurants plastered with a blinding number of Peranakan décor, Makko Teck Neo is fuss-free, preferring to focus on churning out authentic and affordable Peranakan dishes. Her family helps out at the café too. 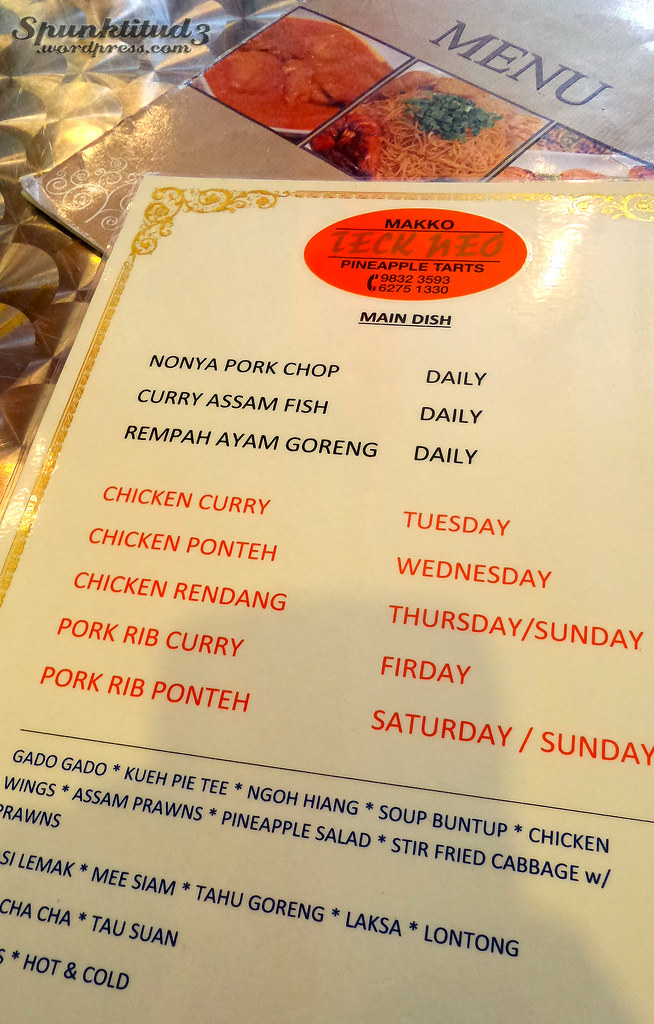 The cafe offers different dishes on each day of the week while some signature dishes such as dry mee siam, nasi lemak and Nonya pork chop are available daily. 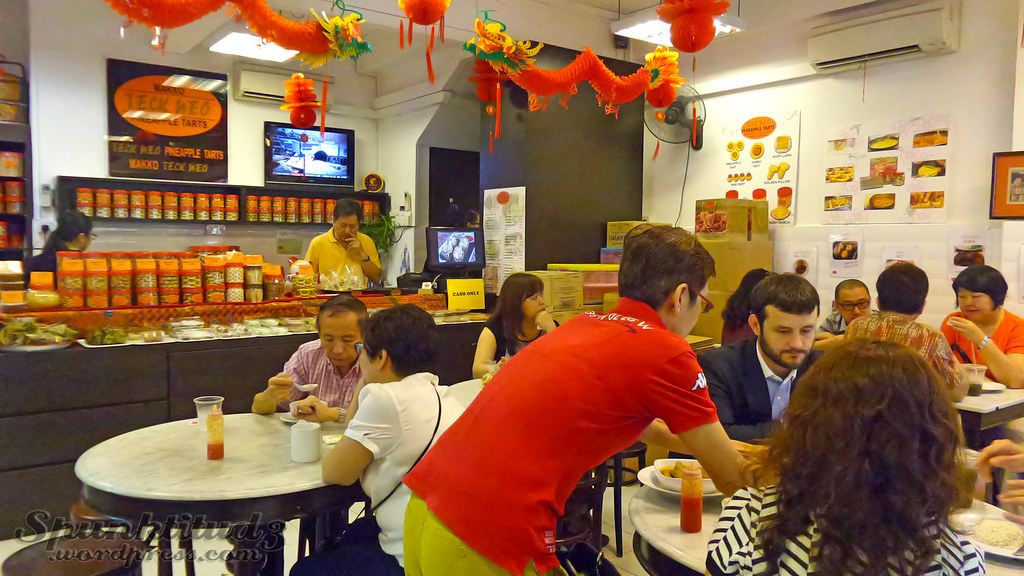 The space is not big, but they do pretty brisk business especially during lunch time. Makko Teck Neo does catering as well.

Pineapple tarts are undoubtedly the star of the show. I like the mini pineapple tarts, which makes eating them feel only half as guilty haha. But being so tiny, it also means it’s easier to pop the whole jar into your mouth without realising it, hee. 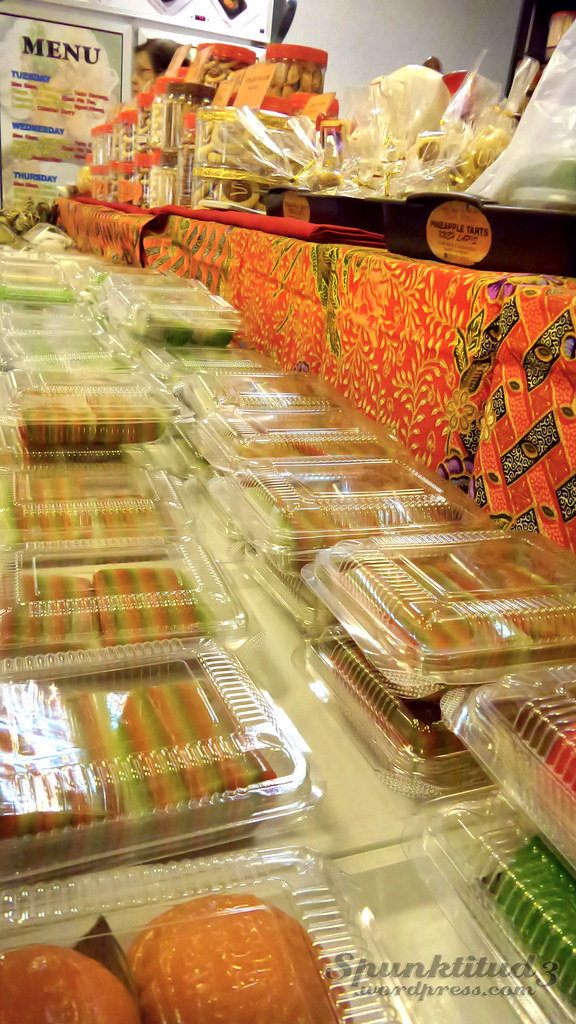 I buy the home-made nonya kueh once I reach now – the first time, I waited till I finished my meal to buy, almost everything was gone :S Some which I think are a must-try are the rempah udang (spicy shrimp fillings in glutinous rice rolls), kueh salat kaya (Pandan egg coconut milk custard on glutinous rice), kueh lopes (glutinous rice cake served with palm sugar syrup) and kueh dar dar (gula melaka coconut in pandan crepe roll). 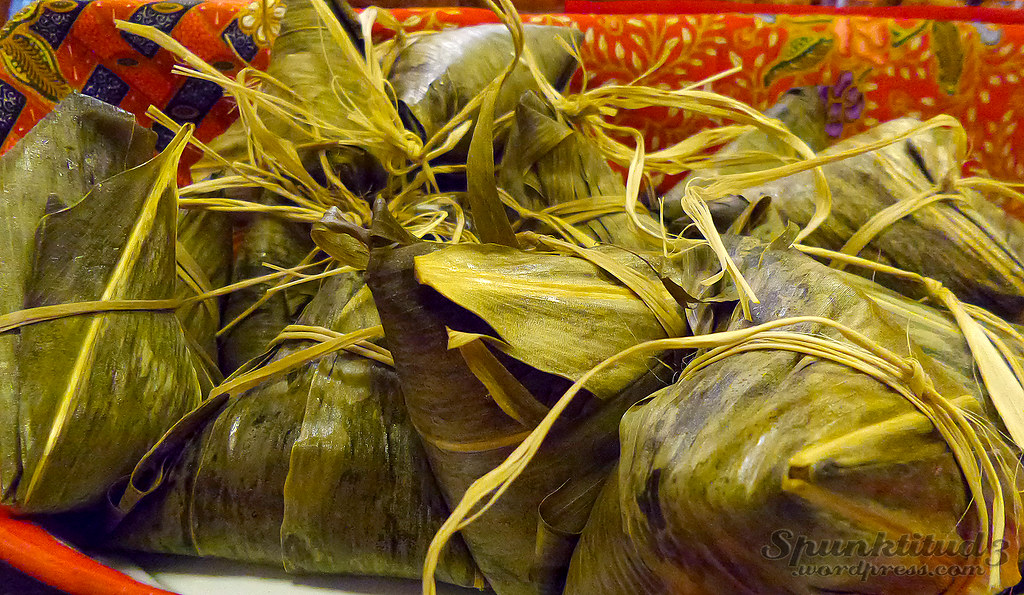 And go for the Nonya meat dumplings – they are the BEST I have eaten. Furthermore, they come decorated with nature’s best dye – a bluish extract from the blue pea flower. It’s as Peranakan as it can get. 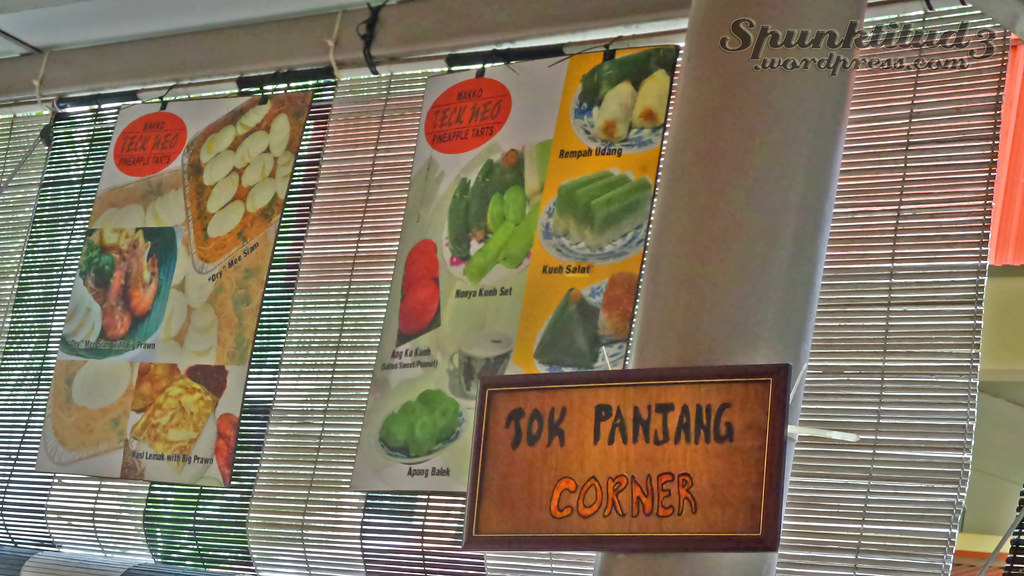 The al fresco area is named the “Tok Panjang” corner, which translates to “long table feast” usually associated with Peranakan weddings and special occasions. Peranakans practice such sharing during meals to bring closeness to the family, relatives and friends, and signifies prosperity and joy. 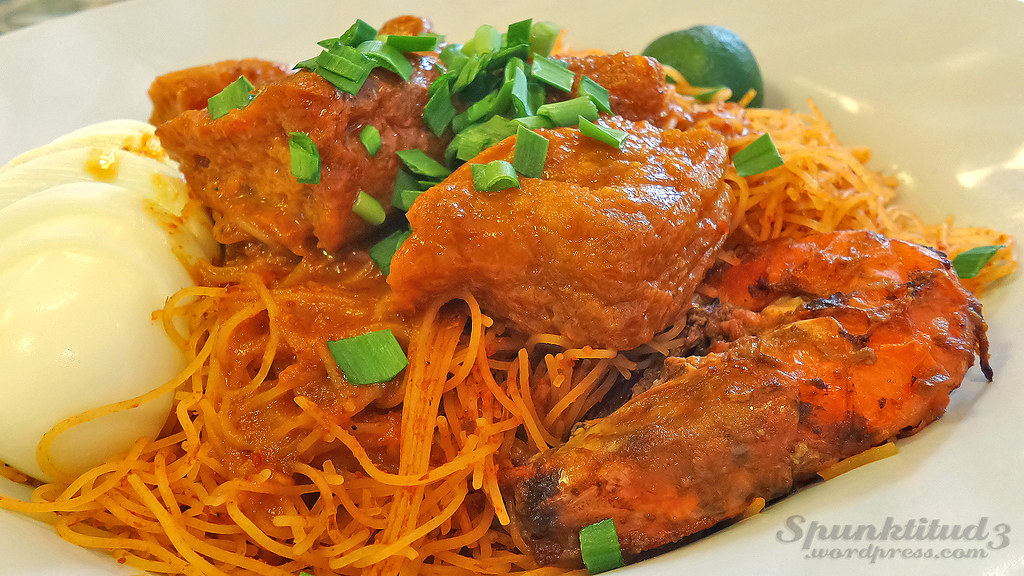 One of my favourite dish – the dry mee siam. I was crazy enough to specially cab there to-and-fro just to eat this, haha. It’s slightly on the sweet side compared to the usual Malay-style spicy mee siam. 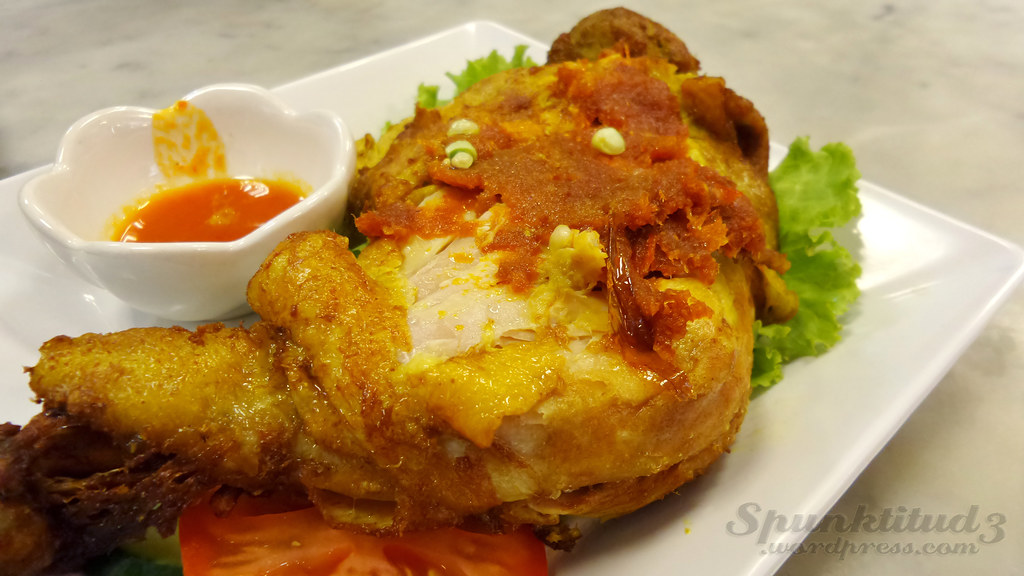 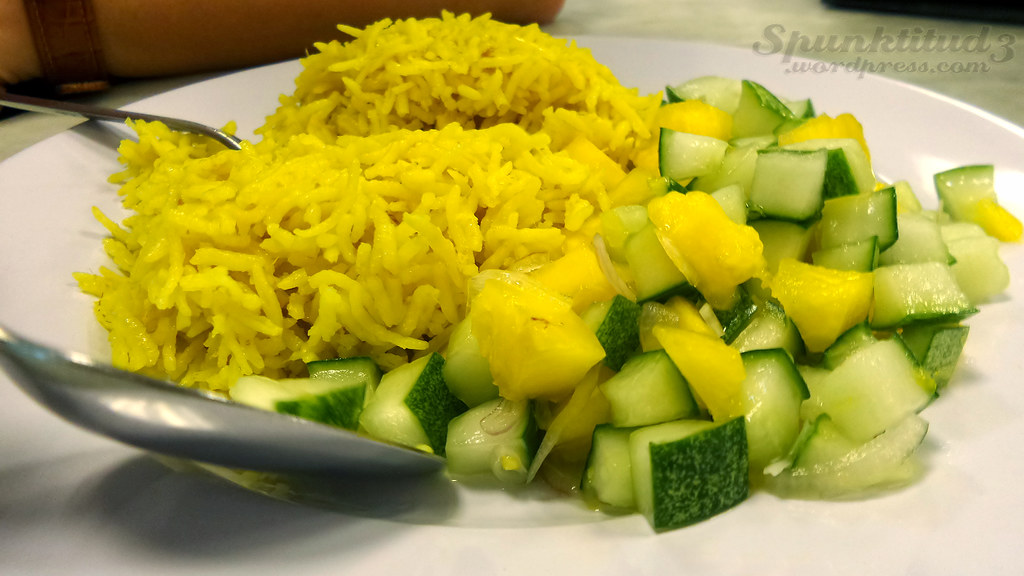 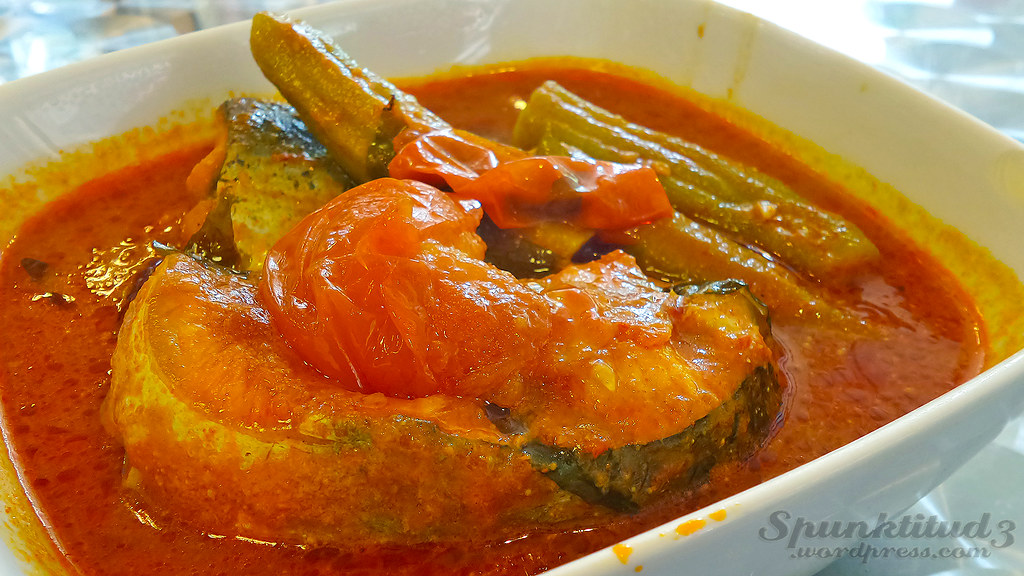 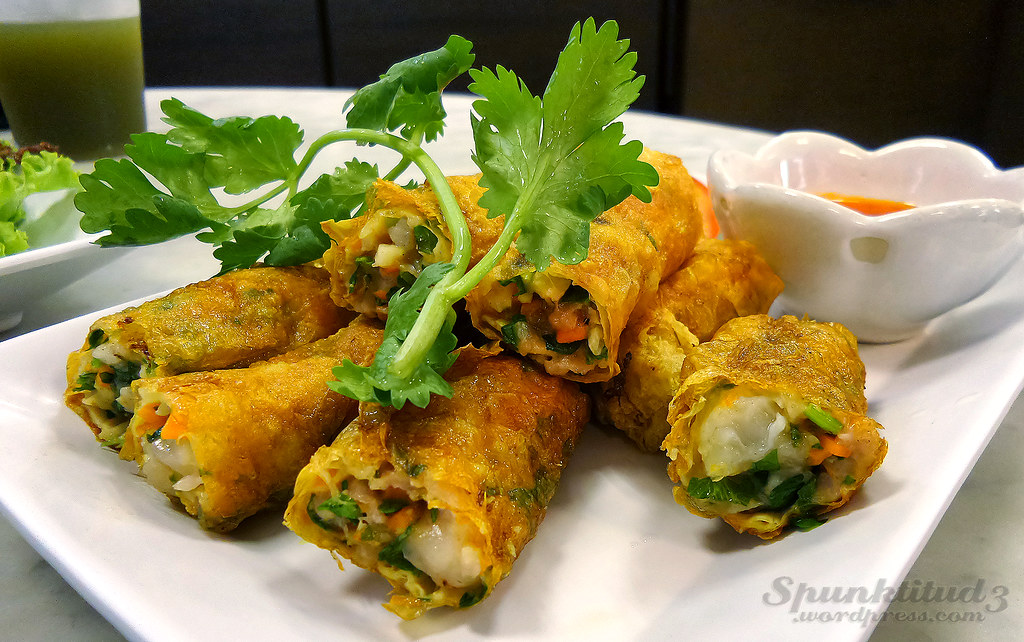 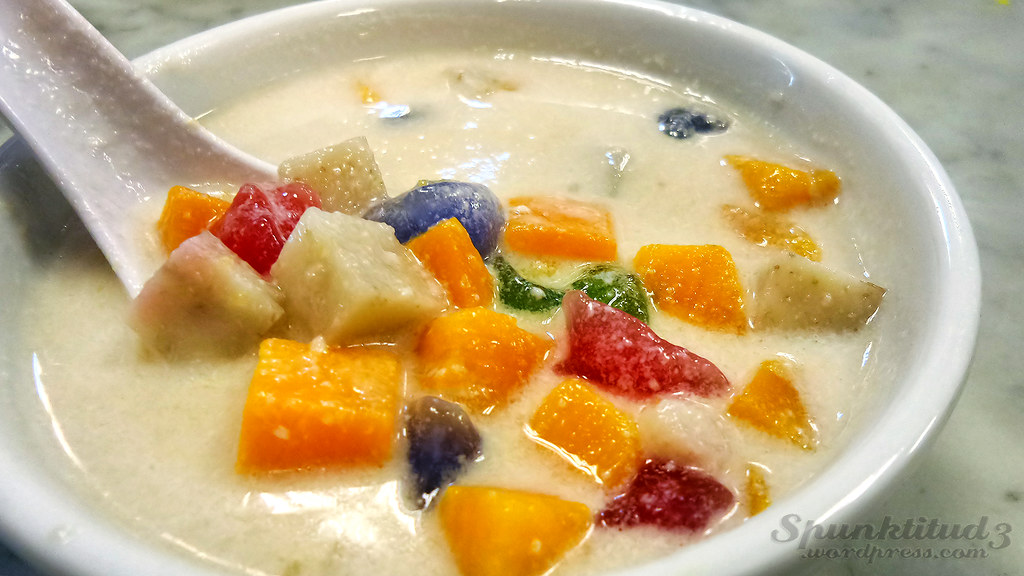 And the finale of the meal – a lovely Burbur Cha Cha (sweet dessert of coconut milk with sweet potatoes, yam and tapioca pearls). It is one of the more authentic ones in Singapore, still retaining the robust taste of how this Peranakan dessert should be.

If you are looking for a casual place serving authentic Peranakan delicacies which doesn’t cost an arm and a leg, give Makko Tack Neo a try. With Chinese New Year just round the corner, it’s also a great place to buy some goodies home and share the love (and carbs) with the family :)