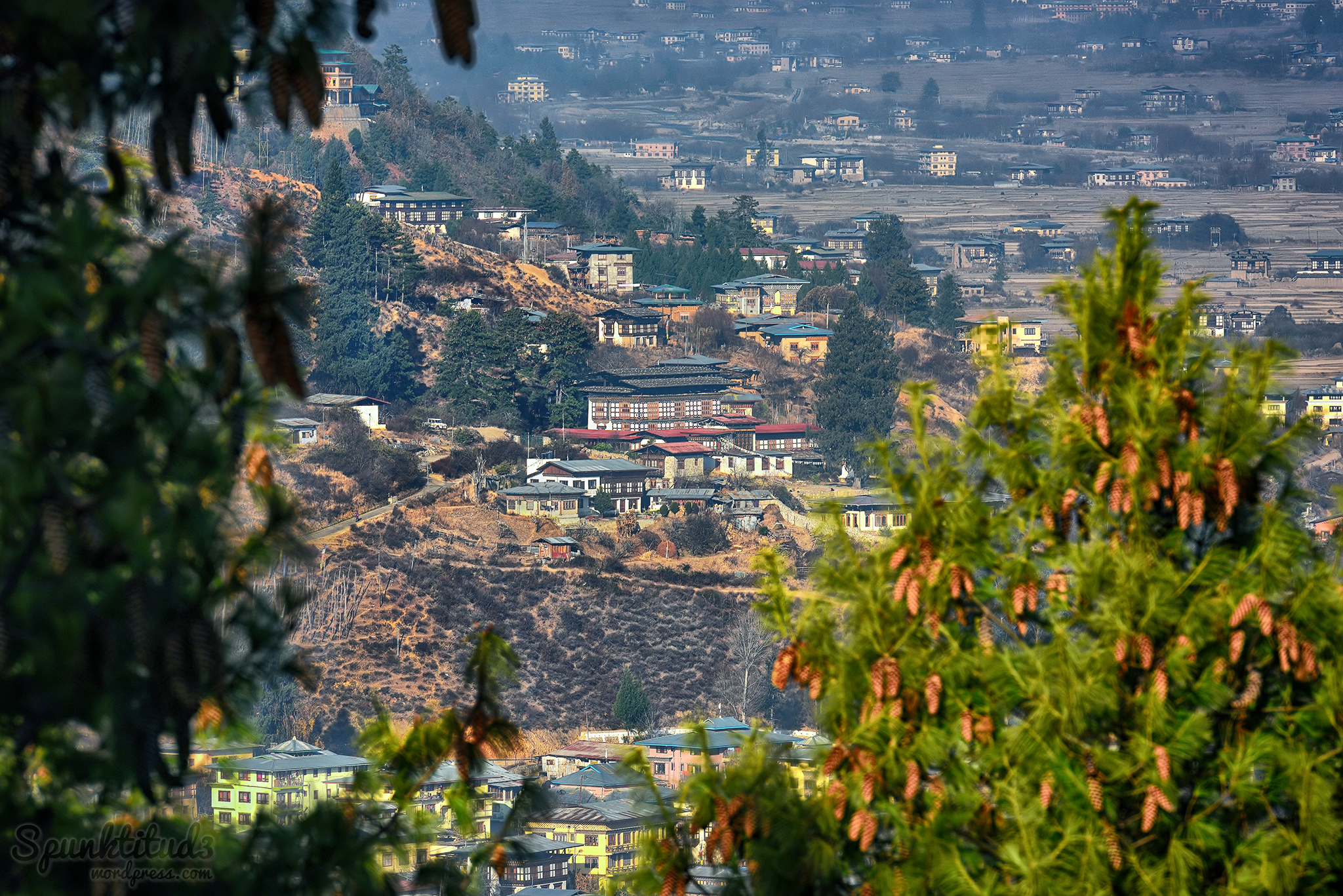 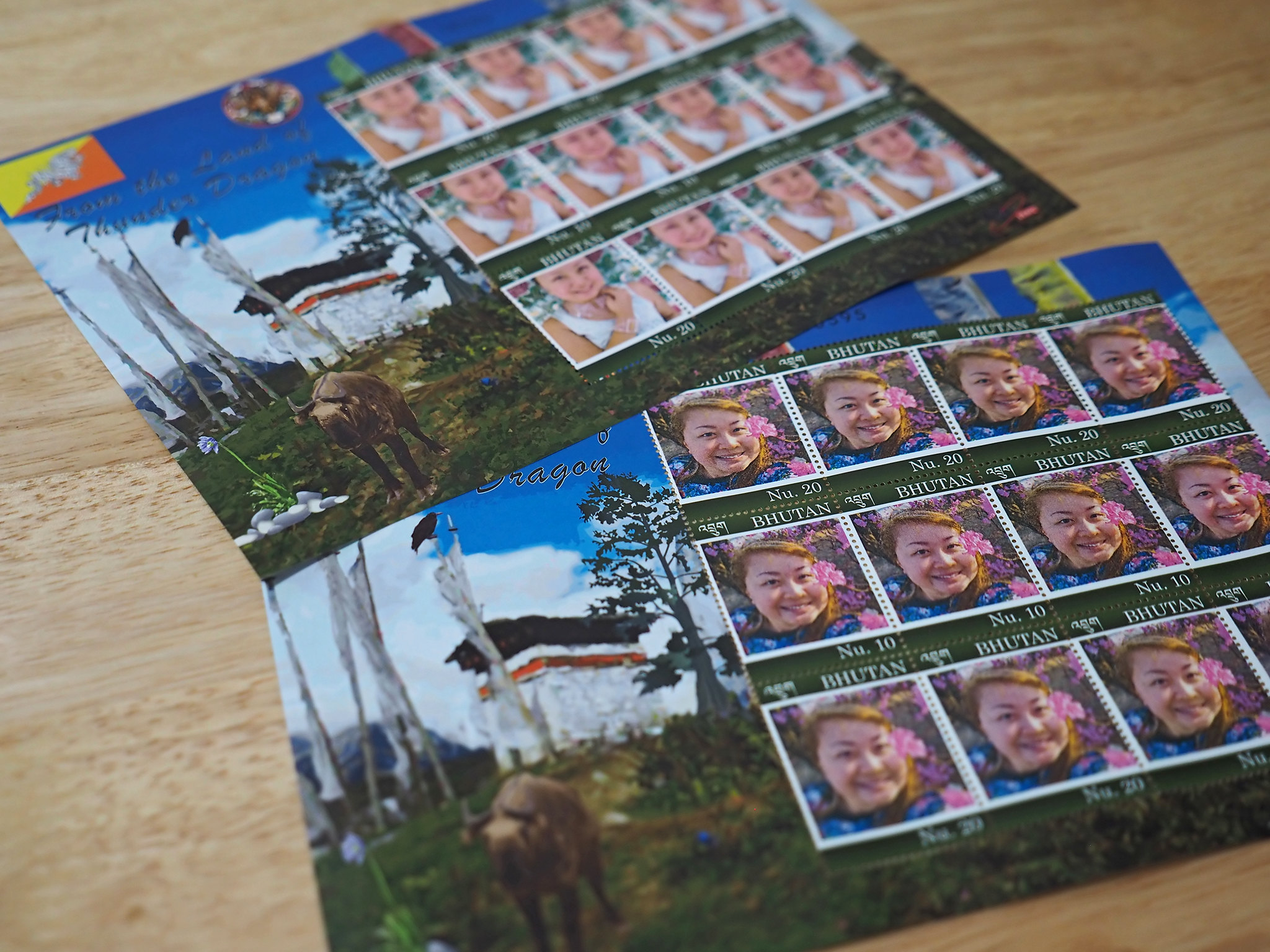 One of the most interesting things that you can do in Bhutan, is to get your own personalised stamps at the National Post Office in Thimphu. Costing about USD4 for 12 stamps (including the value of the stamp), imagine your friends’ and family’s pleasant surprise when you send home a postcard with your face on the stamp :) 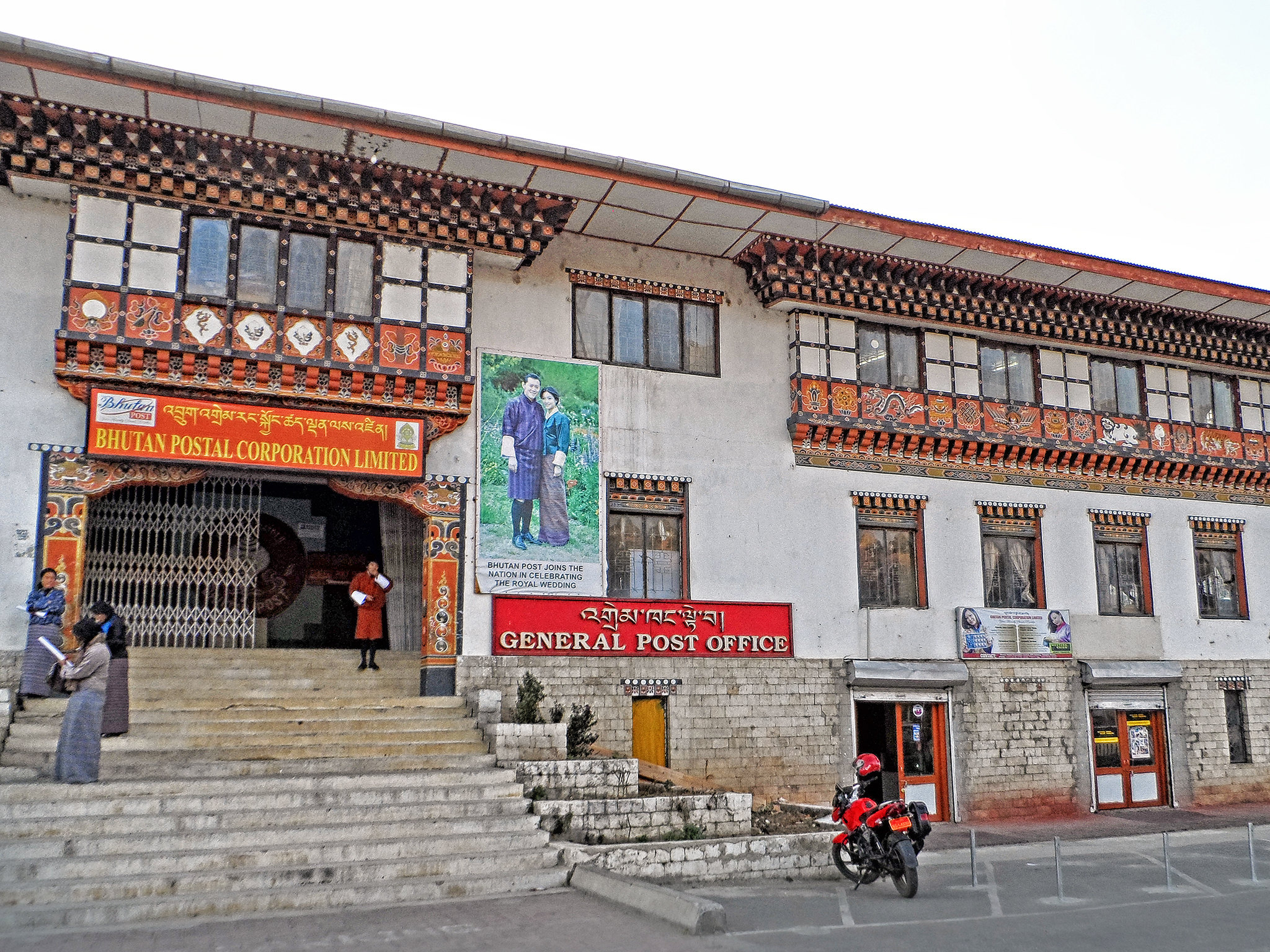 Thimphu’s Post Office is right in the city centre.
Source: Wikicommons (cos’ I was too excited, I forgot to take a photo, bleah) 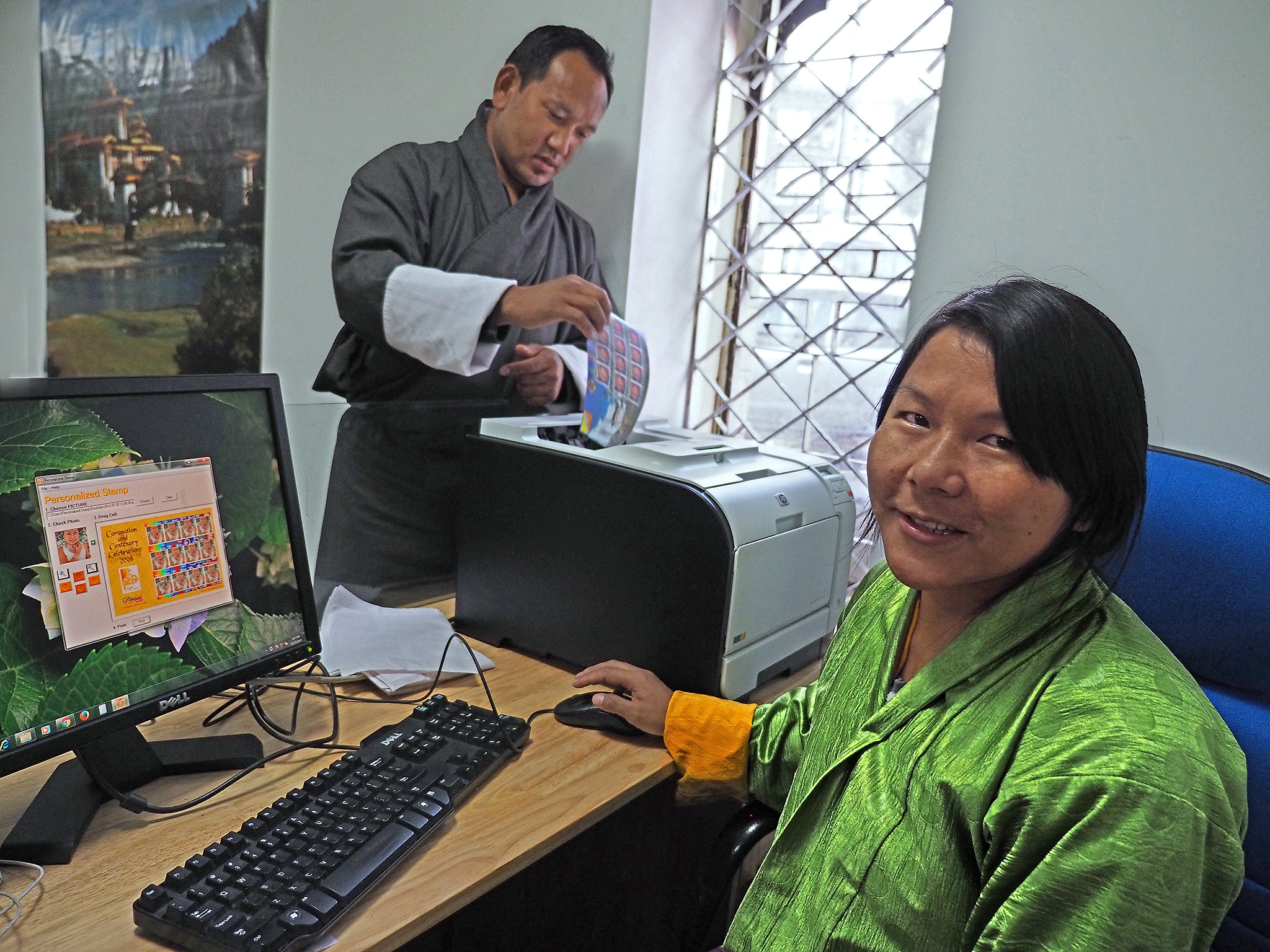 You can have your photo taken on the spot by the friendly post office staff, or bring your own (glamour) photos in a thumbdrive. It takes less than ten minutes to make your very own stamps. Now that’s what I call exclusive edition. 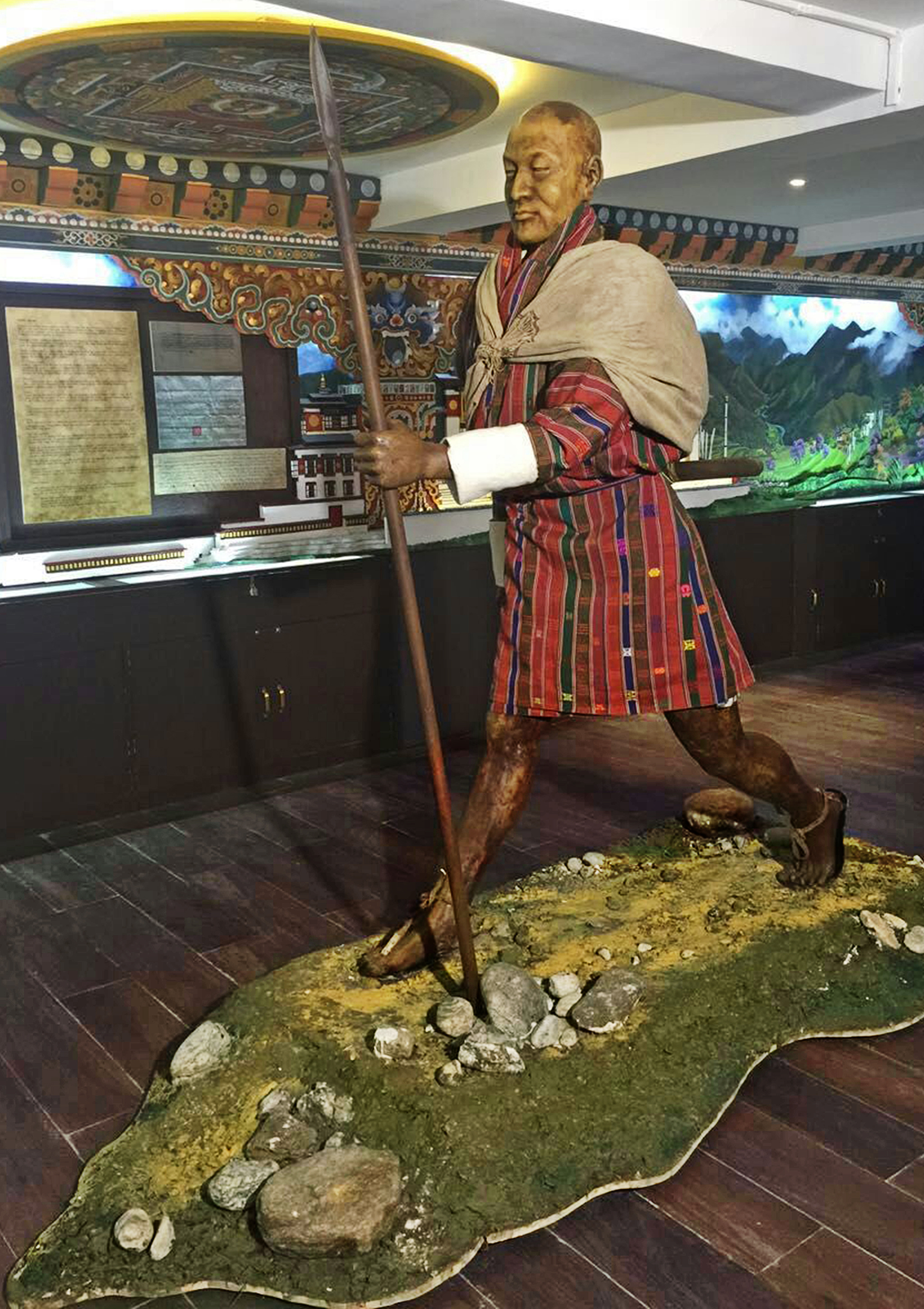 While you are there, visit the Bhutan Postal Museum that was recently opened in November 2015 celebrate the 60th Birth Anniversary of Fourth Druk Gyalpo His Majesty King Jigme Singye Wangchuck. It’s not huge, but the five galleries are full of interesting facts related to Bhutan’s postal history as well as the country’s progress and development told through stamps.

What you see is a statue of their legendary postal runner (known as a garp) who was able to walk from Punakha to Trongsa and back in one day, crossing torrential rivers and dense forests (according to Google Maps, the distance is 135.8km per way and it would take 39 hours to walk. I think they have a real good chance of winning marathons!).

Garps were selected by the King or regional chieftains based on qualities such as speed, power of memory (messages often being verbal), clarity of speech, and being trustworthy. Modern telecommunication was only introduced in Bhutan on 17 November 1991, so these postal runners were an important part of the social system for a long time. 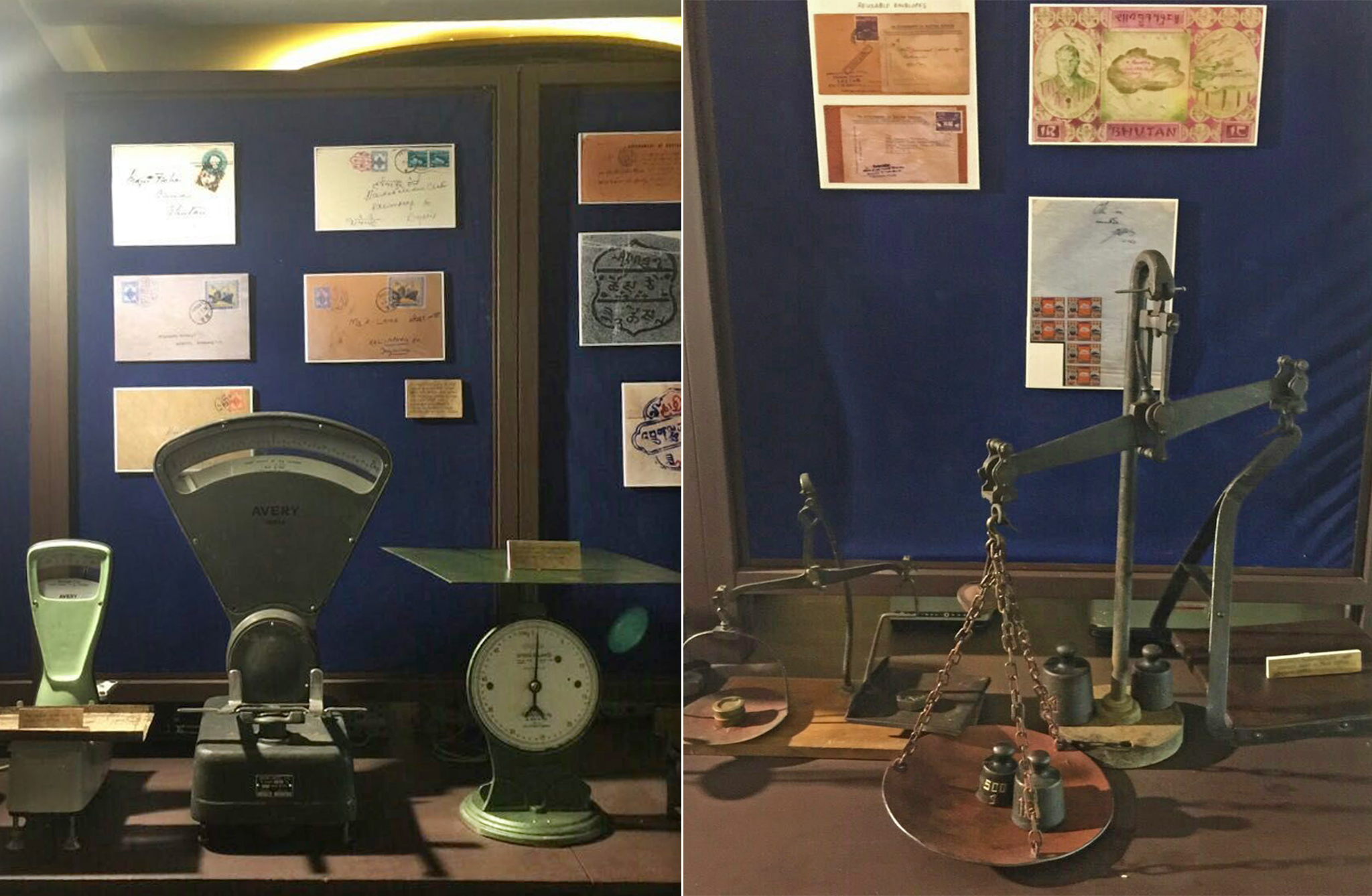 The modern postal network in Bhutan started in 1962 with the opening of the first post office in Phuentsholing, in addition to Paro and Thimphu in the same year. 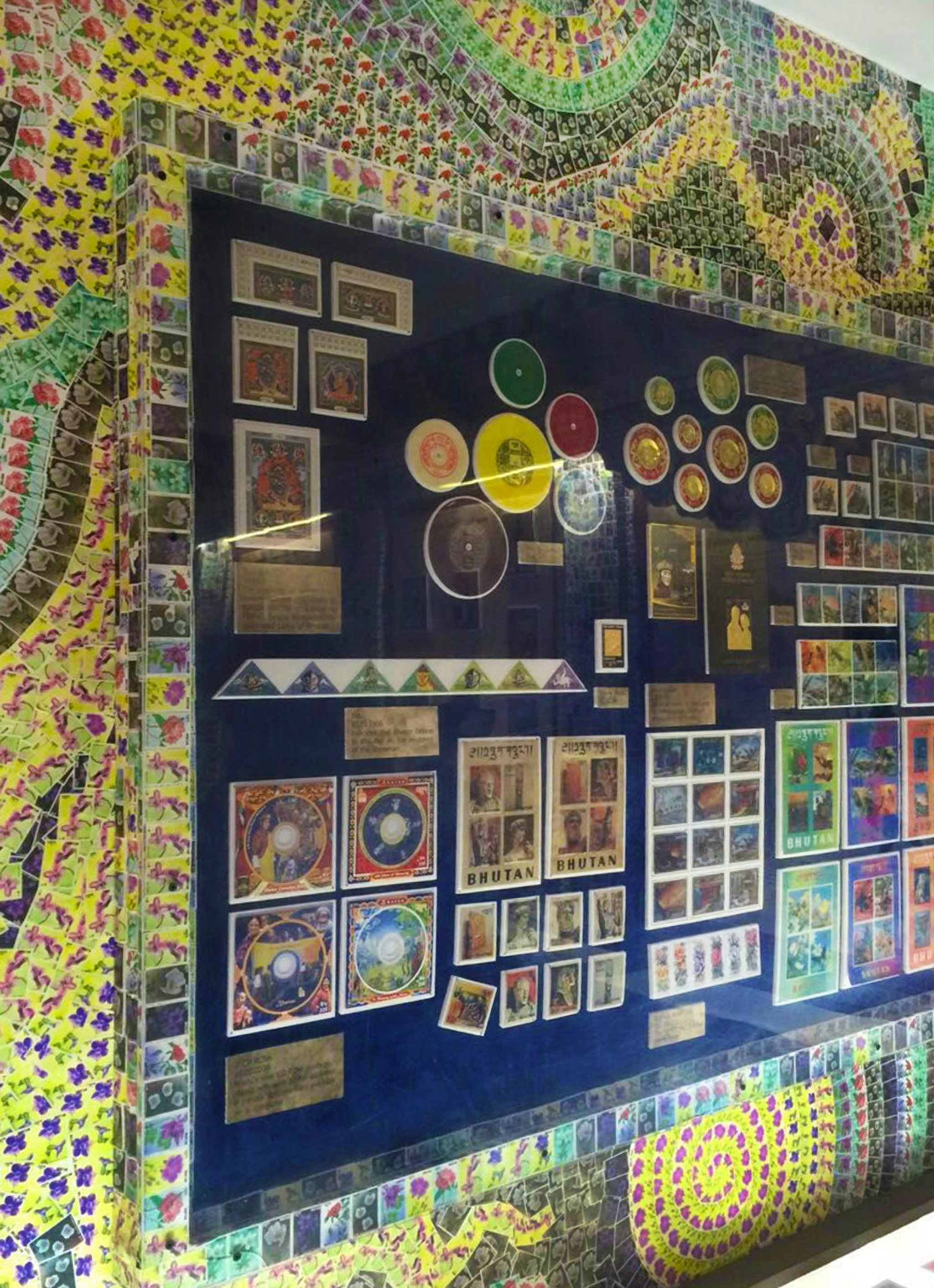 Bhutan is also known as the Land of Beautiful Stamps – the county has some of the most intricately designed stamps in the world, including the world’s first scented stamps, first steel foil stamps, first silk stamps, first 3-D stamps and first talking stamps(!). For the reclusive country, stamps were regarded as “little ambassadors of their country”. Bhutanese stamps are also popular as gifts for friends and family back home, with some tourists buying hundreds of dollars worth from the post office. 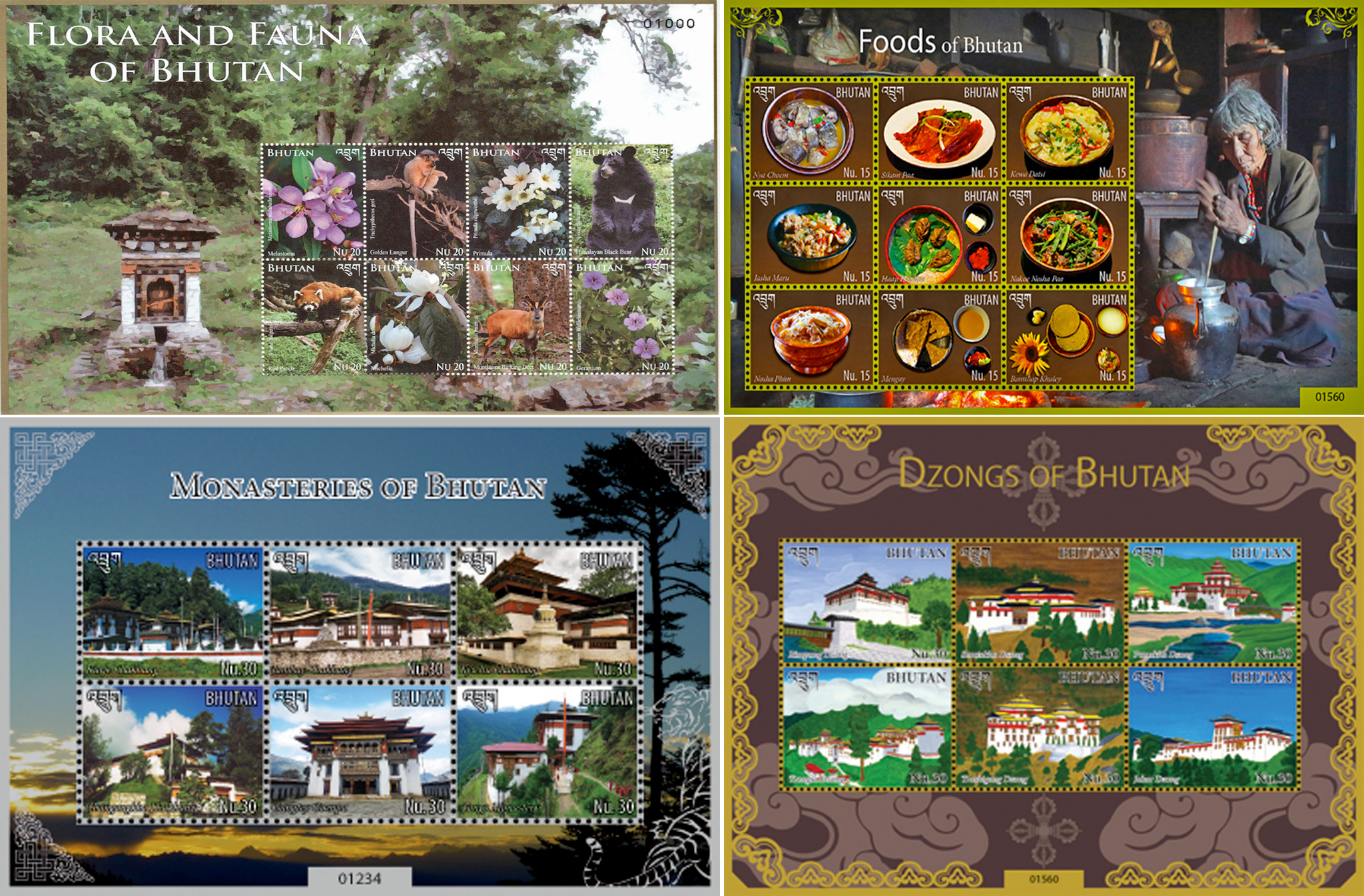 Stamps are often released to feature the sights and culture of Bhutan, celebrate festivals, anniversaries, the royal family wedding or anything worth remembering. Have a look at some of the stamps here. 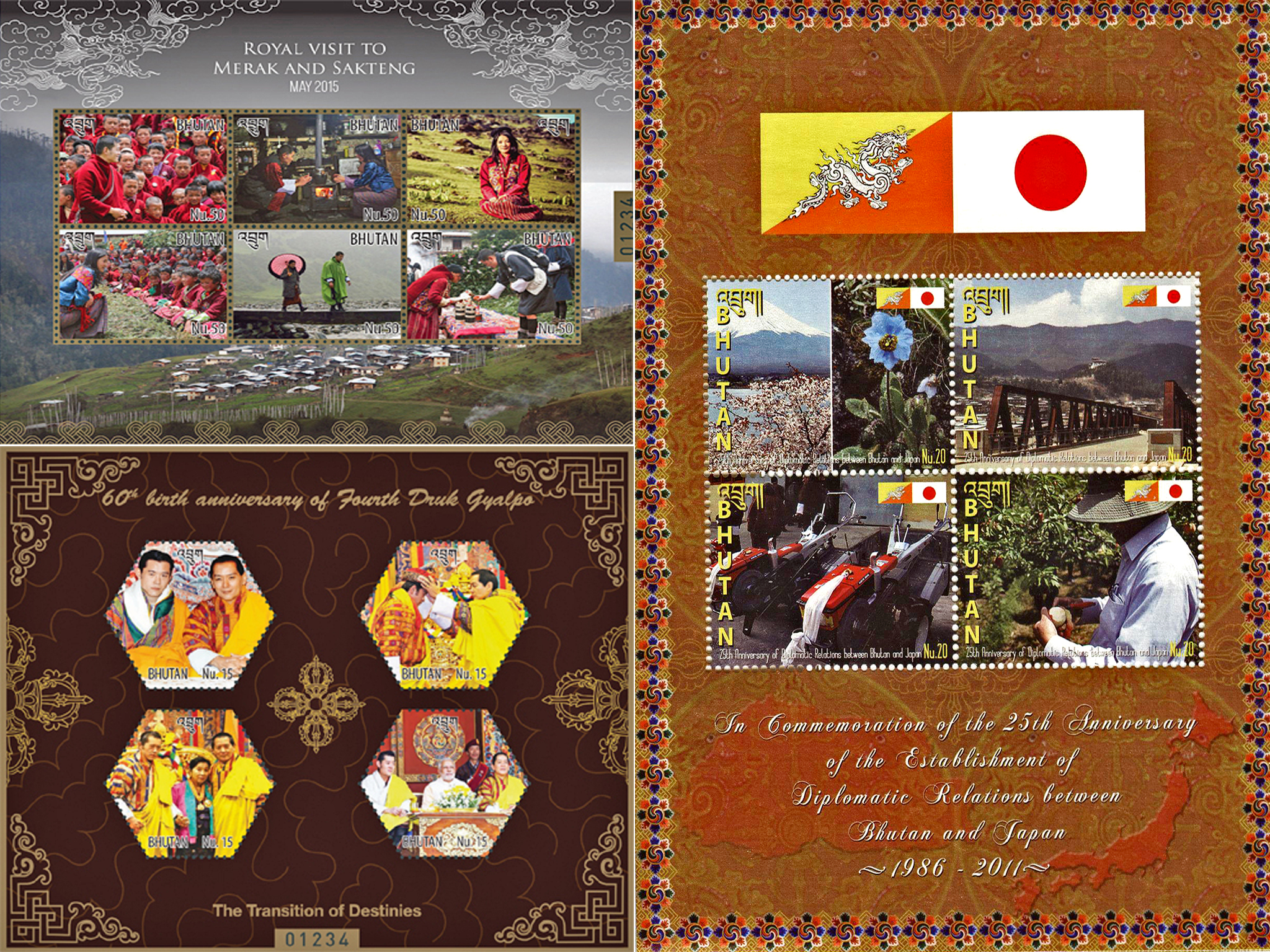 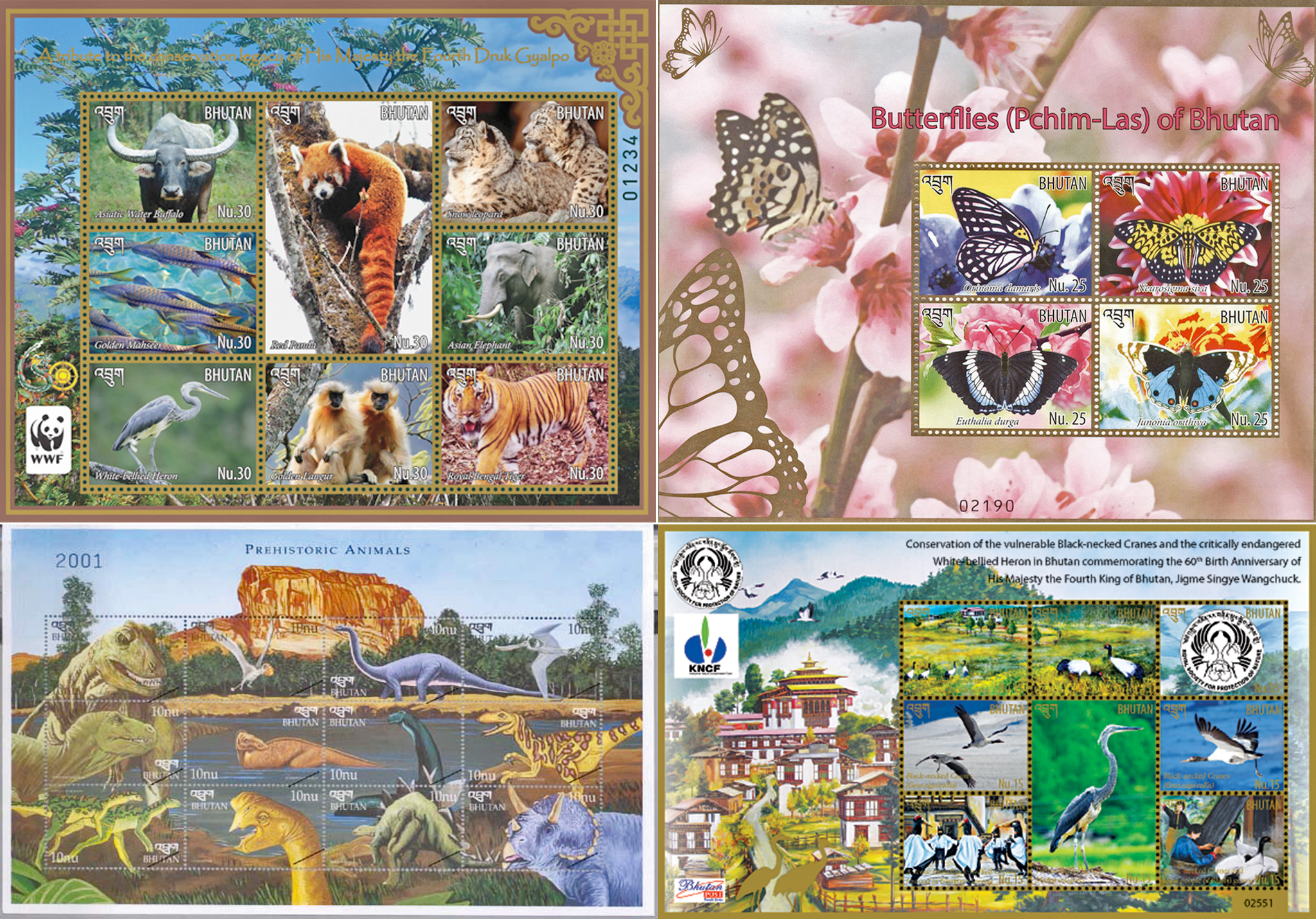 Wildlife in Bhutan (yes, even dinosaurs) 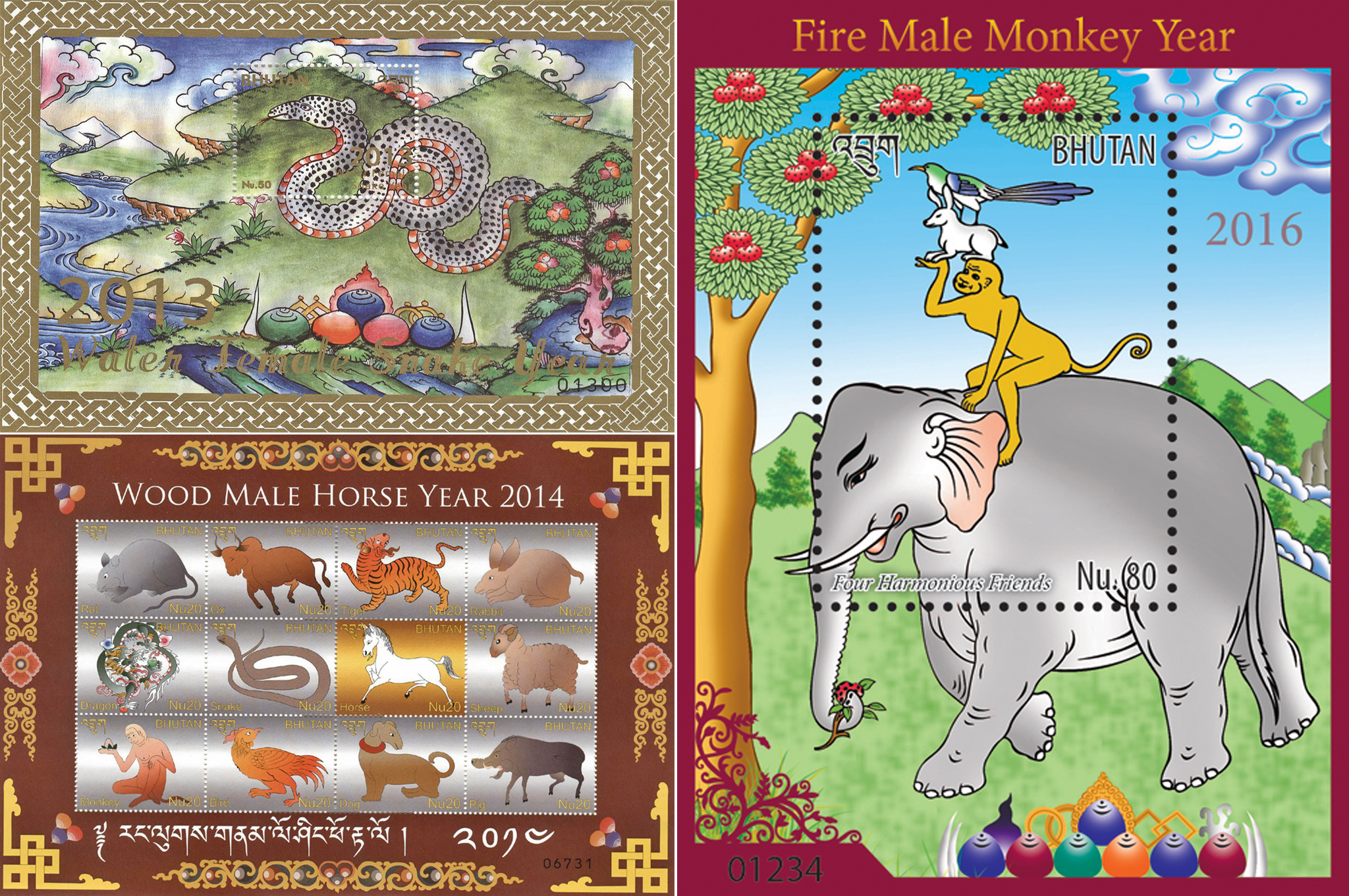 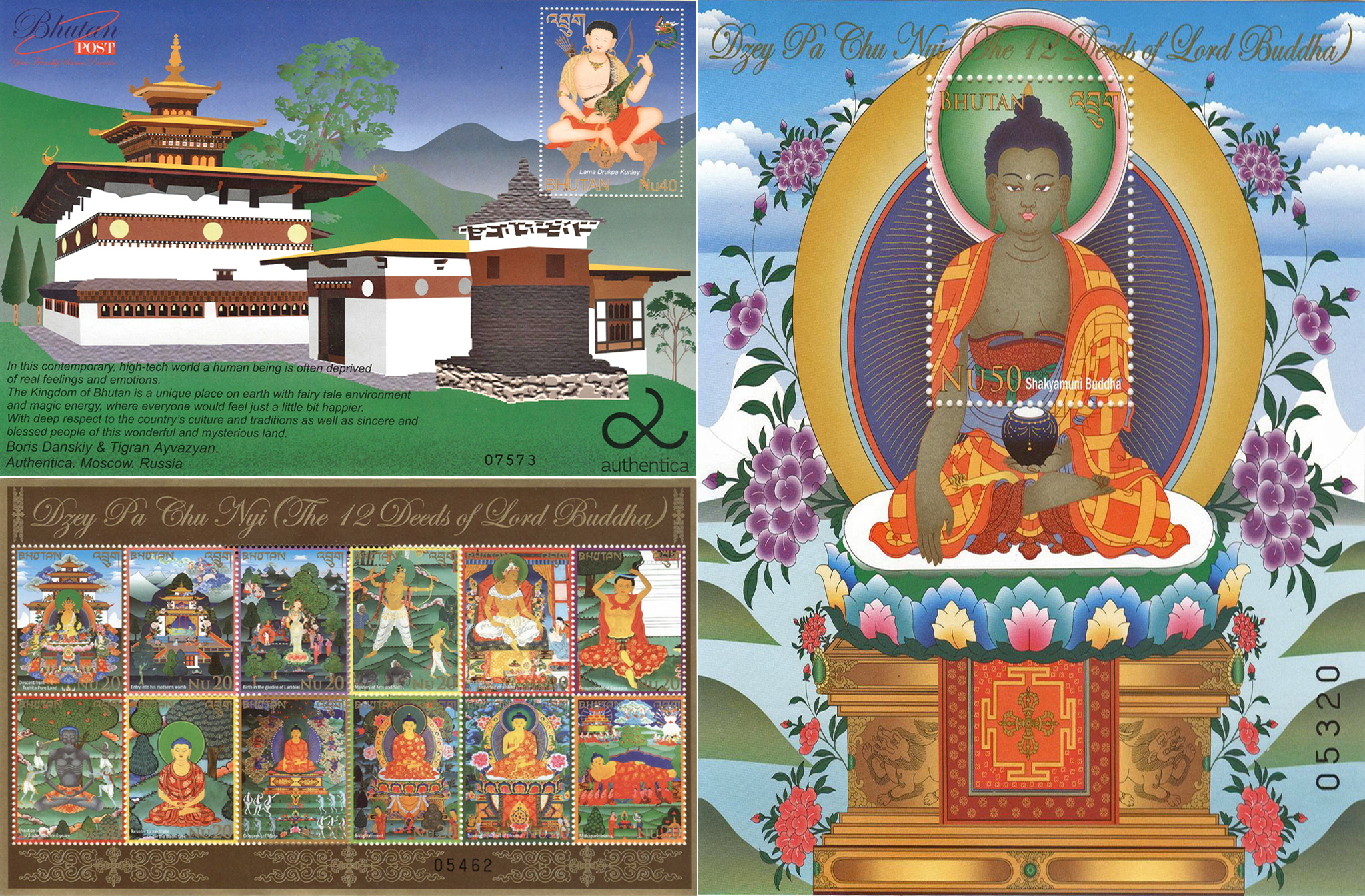 Buddhism is an integral part of the Bhutanese culture. Bhutan is a Buddhist country and people often refer to it as the last stronghold of Vajrayana Buddhism. 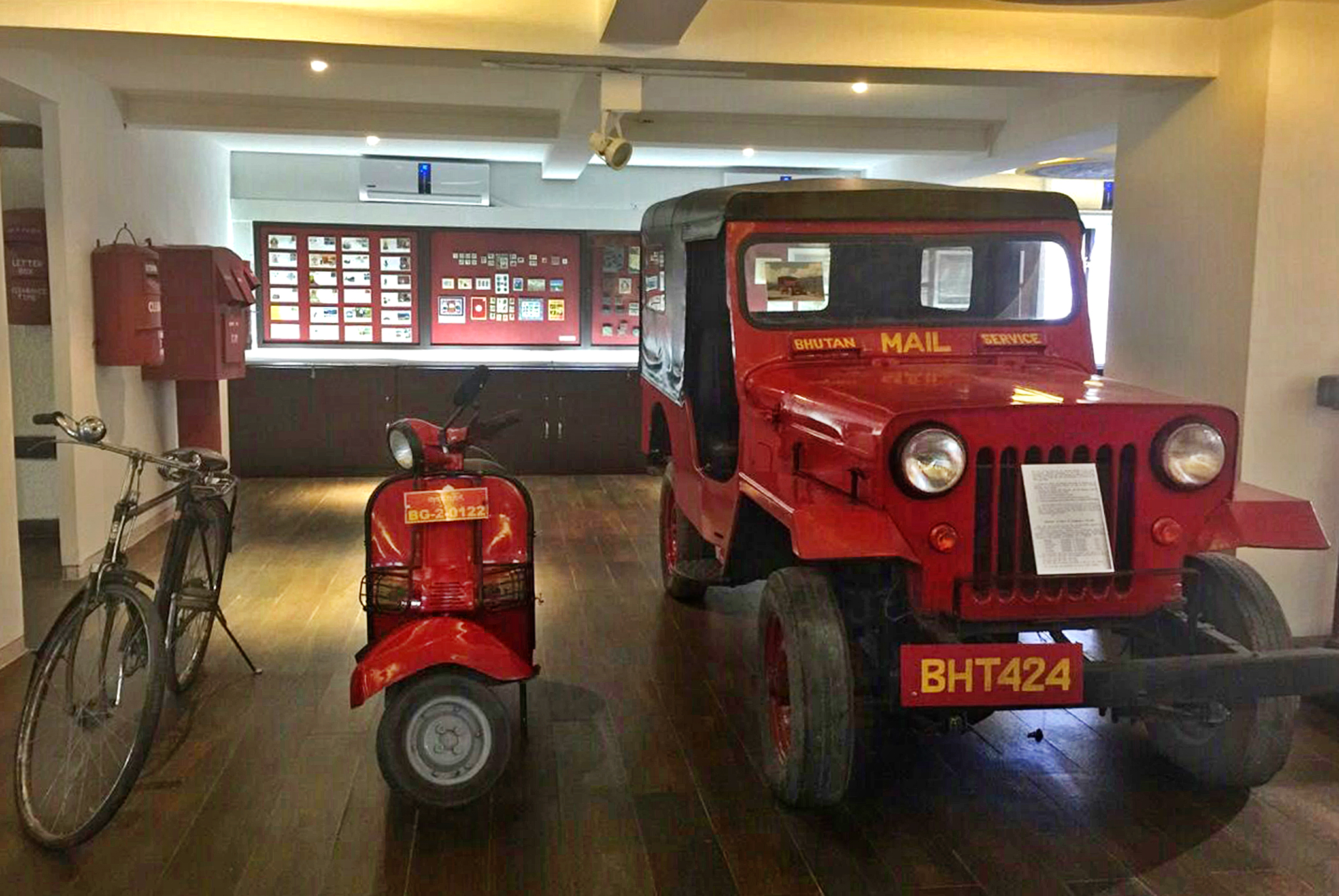 Forms of postal transportation. I would love to get a ride in the red jeep.

If I could post a message to Bhutan, I would say “I am in love with you, and I want to go back!” If you were to send a message to someone, who would that be and what would you tell him/her? In these modern times where Wechat, Whatsapp and Facebook permeate our daily lives, we have taken personal communication for granted. Try sending a handwritten note to a loved one, and I am pretty sure he/she will be pleasantly surprised. :)