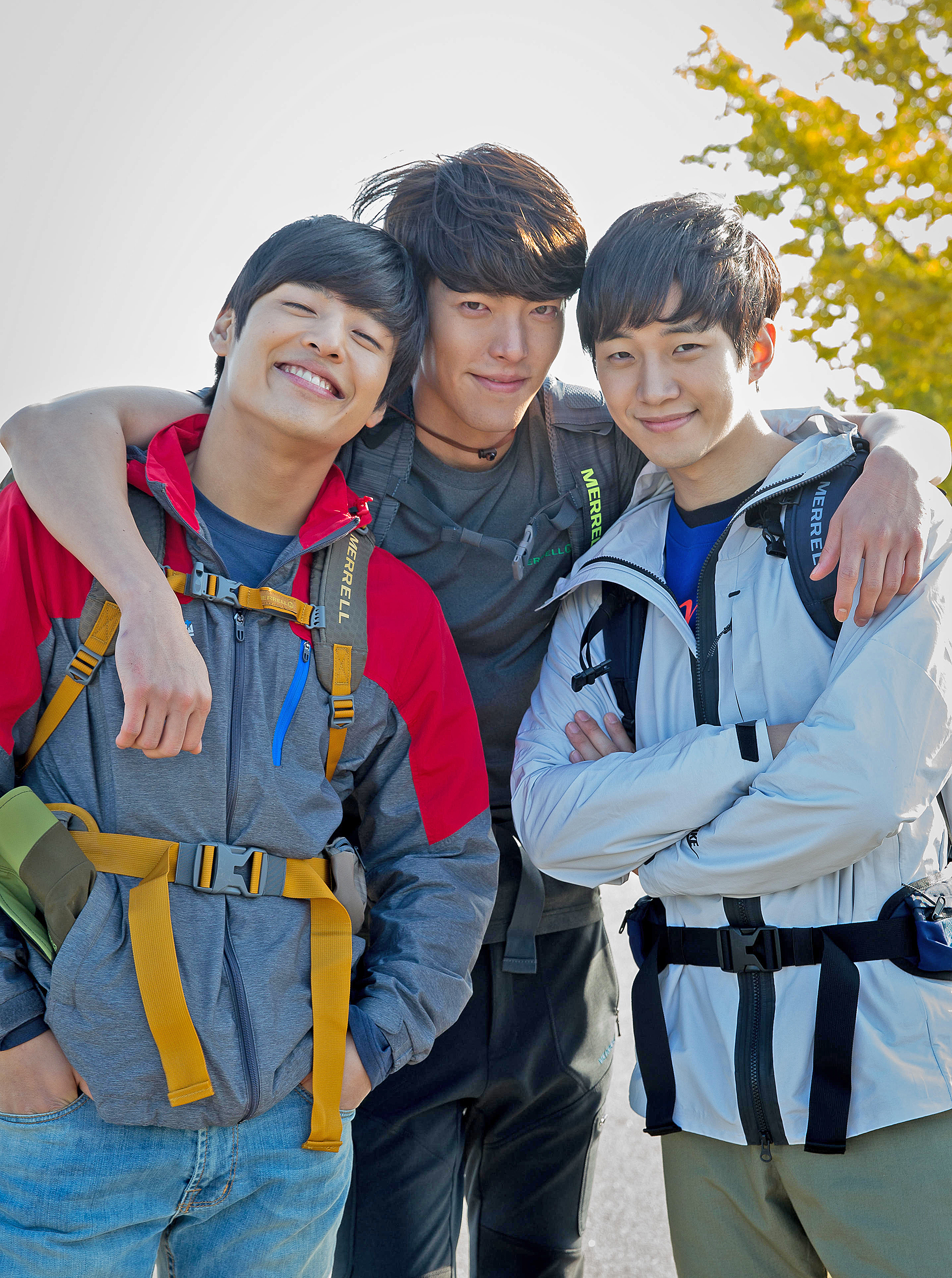 “I think your 20’s are the hardest part of life. I mean, everyone goes on about how hard it is to be a teenager, but actually I think it’s tougher to be in your 20’s because you’re expected to be a grownup and expected to earn your own living and be successful and I think you feel like a kid still.” – Nigel Cole

‘Twenty’ is a coming-of-age Korean comedy following the lives of three 20 year-old buddies with distinct personas facing different issues in life. There’s pretty raunchy humor and adult situations as truthful as it gets. Beyond the hilarity, the movie strikes a note at a time when we start wondering what we are going to do with the rest of our lives, or the burden of supporting a family suddenly falls upon our shoulders when we turn twenty. It’s a fun time to be in, when you have the luxury of making mistakes. Cos’ you have three-quarters of your life to make it right. We see how the three main characters in the movie find their ‘true calling’ as they wander through their lives at twenty. 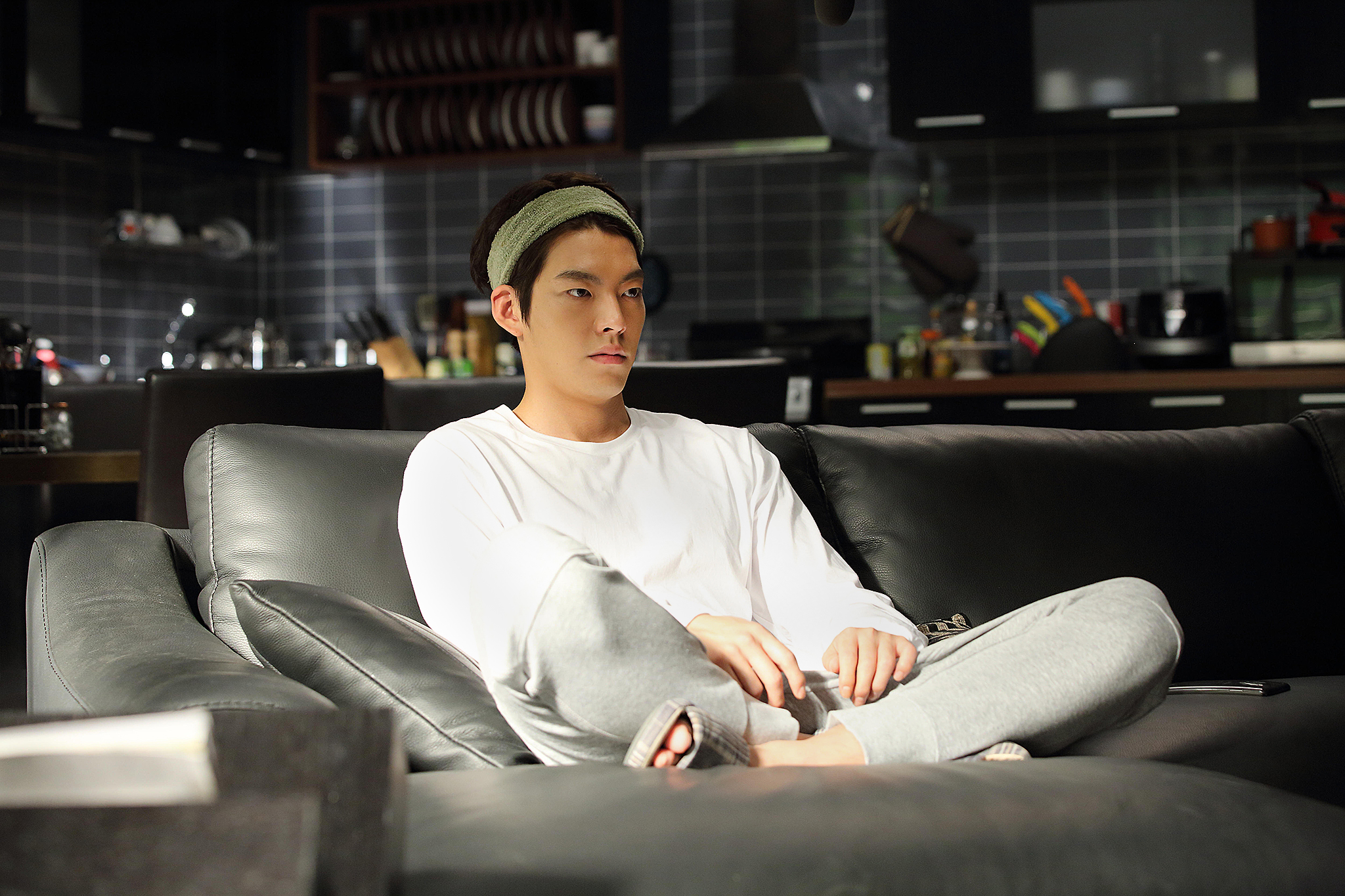 Korean heartthrob Kim Woo-Bin plays Chi-ho, a super-charming slacker who pursues a life of doing nothing after high school. 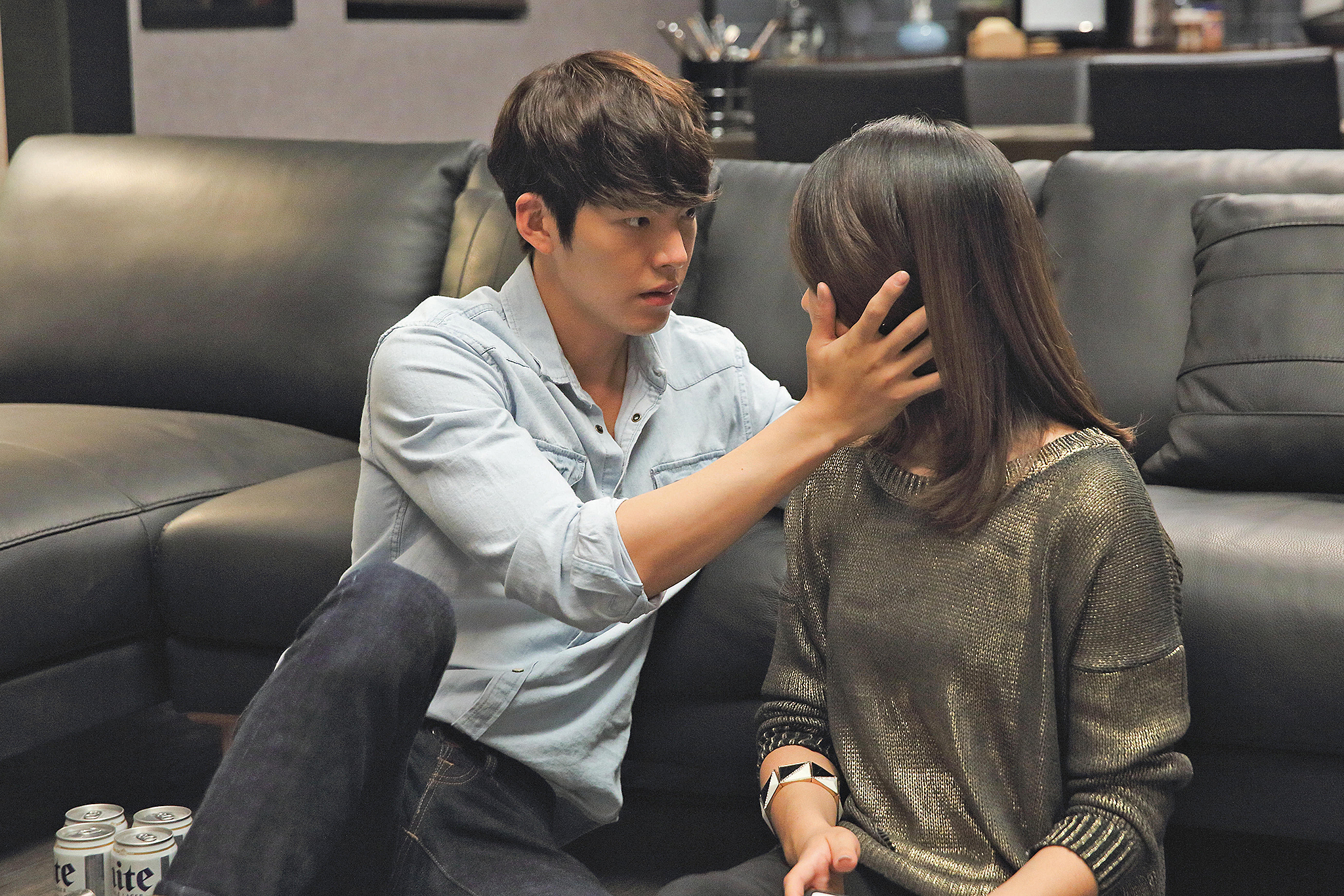 His simple life that consists of breathing and seducing women (he loves boobies!) takes a turn after finally being dumped by a girl and realizing that he has a new goal in life. He is the most hilarious/ridiculous of the three, yet looks really suave most of the time. 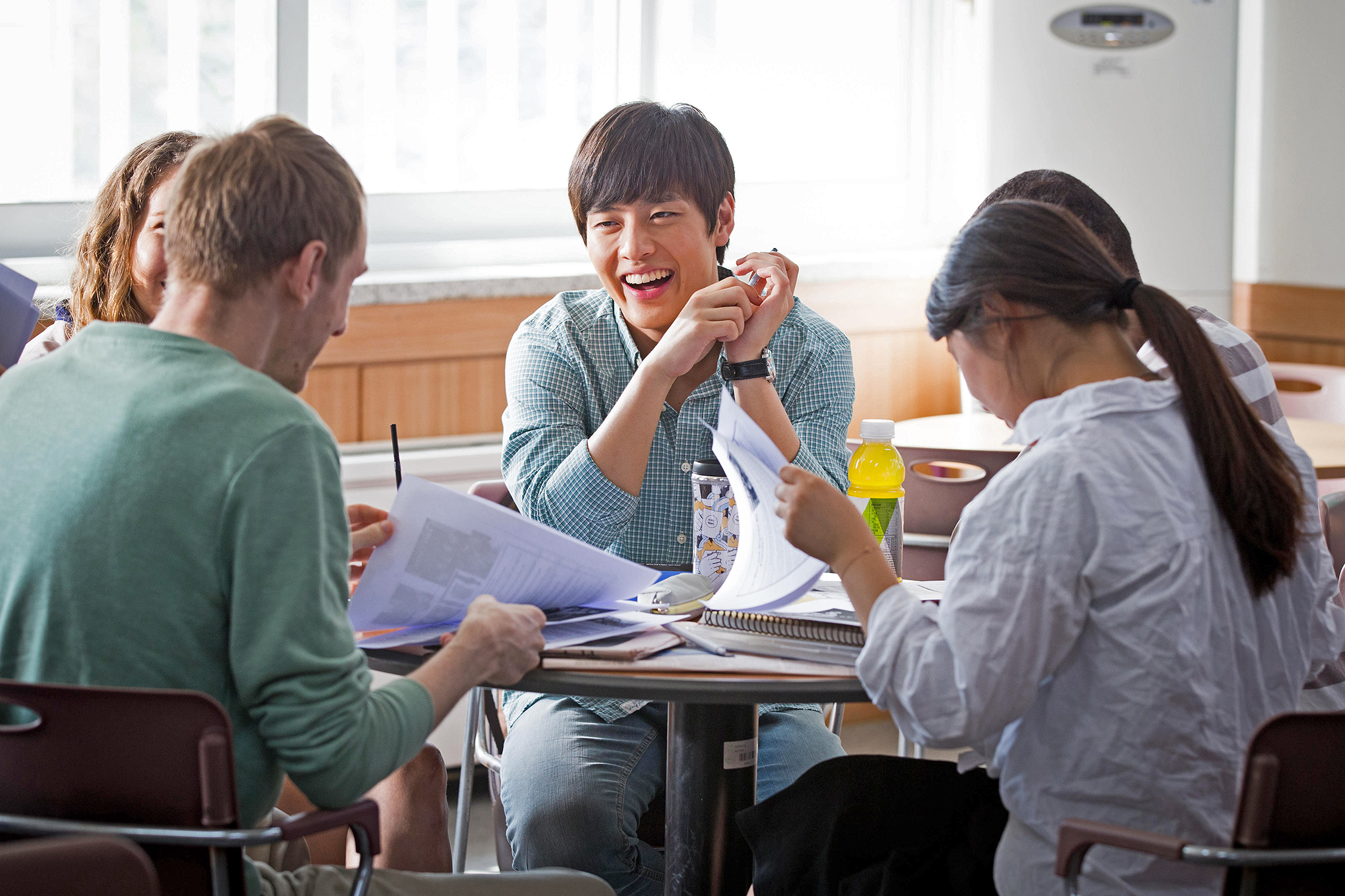 Kang Ha-neul is by far the hottest rising star in the current Korean film scene. He plays Gyeong-jae, a boy next door character who lacks a sense of self-confidence but he turns into something completely different when he is drunk. His ultimate goal is to get a job in a global corporation until he meets an attractive senior whom he starts to follow around like a smitten puppy. 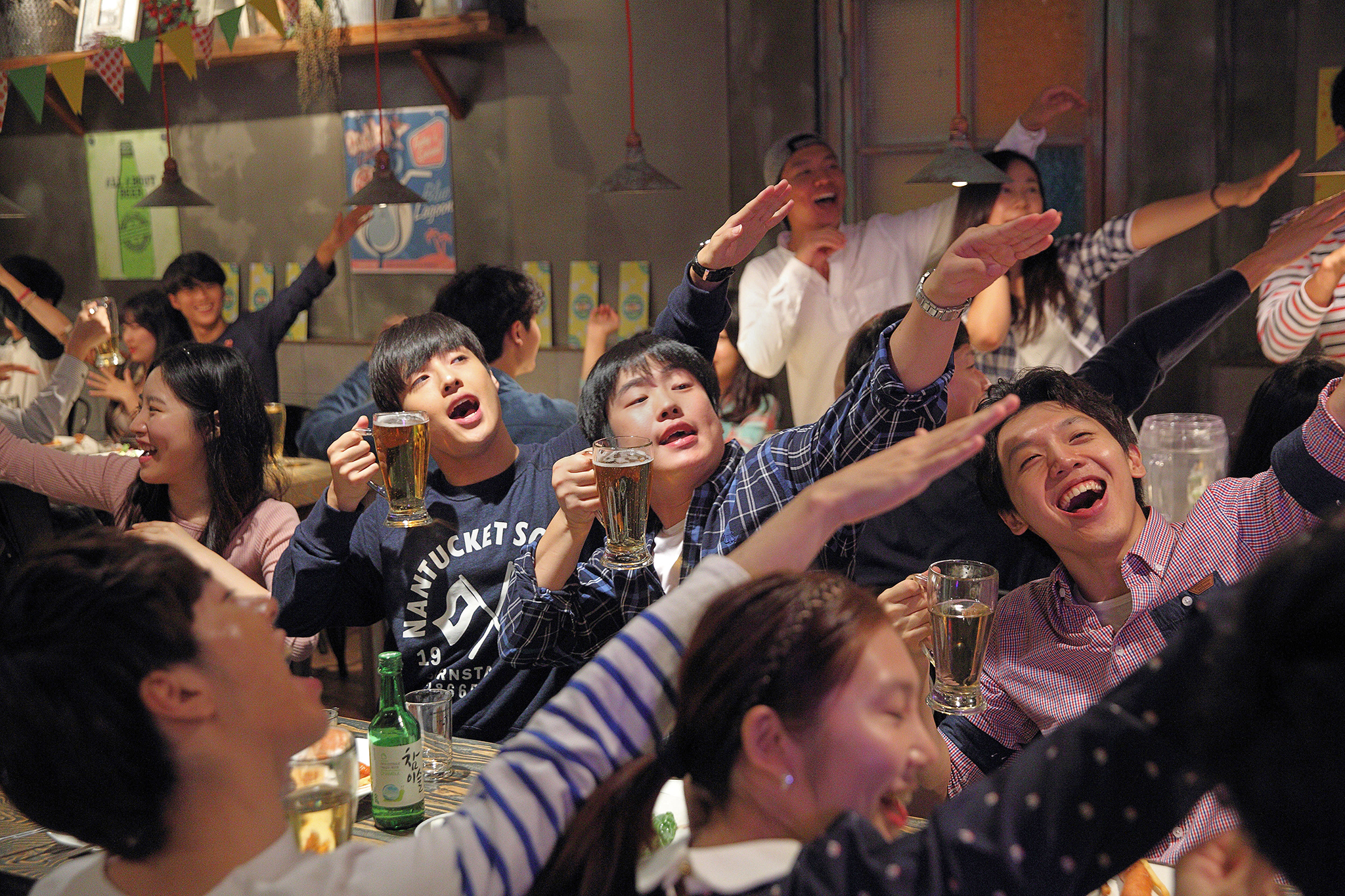 Kang reveals his comedic talent as he gets into pretty embarrassing situations in the movie, and his character does feel close to heart like a twenty year-old you would have known. 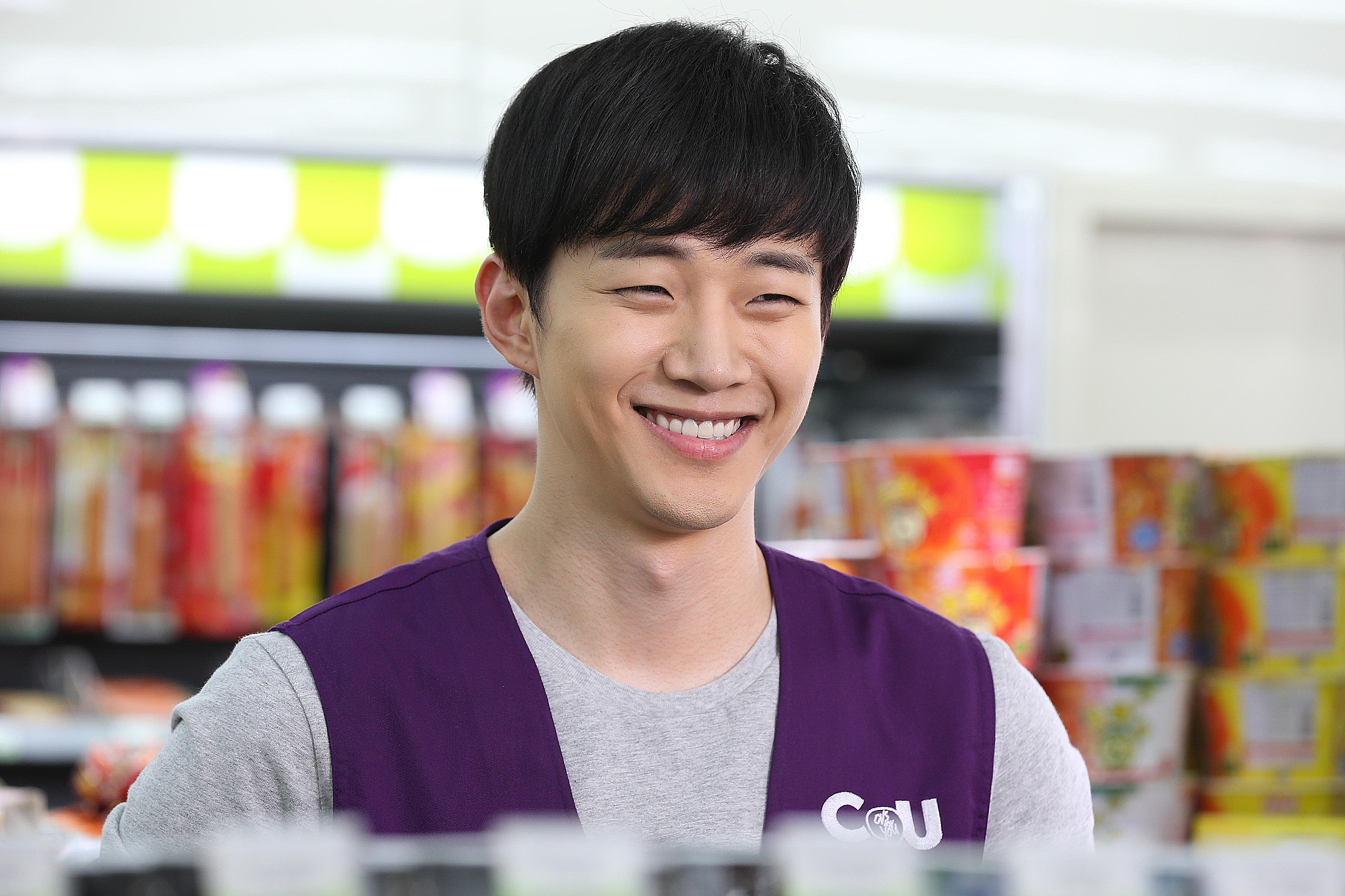 Popular Kpop group 2PM’s Lee Jun-ho plays Dong-woo, the most mature of the three friends who is forced to grow up quickly due to difficult family circumstances. Juggling between aspiration and reality, he works several different jobs to support his family after his father goes bankrupt. He dreams of becoming a cartoonist, which he struggles hard to give up to become a salaryman for the sake of his family. 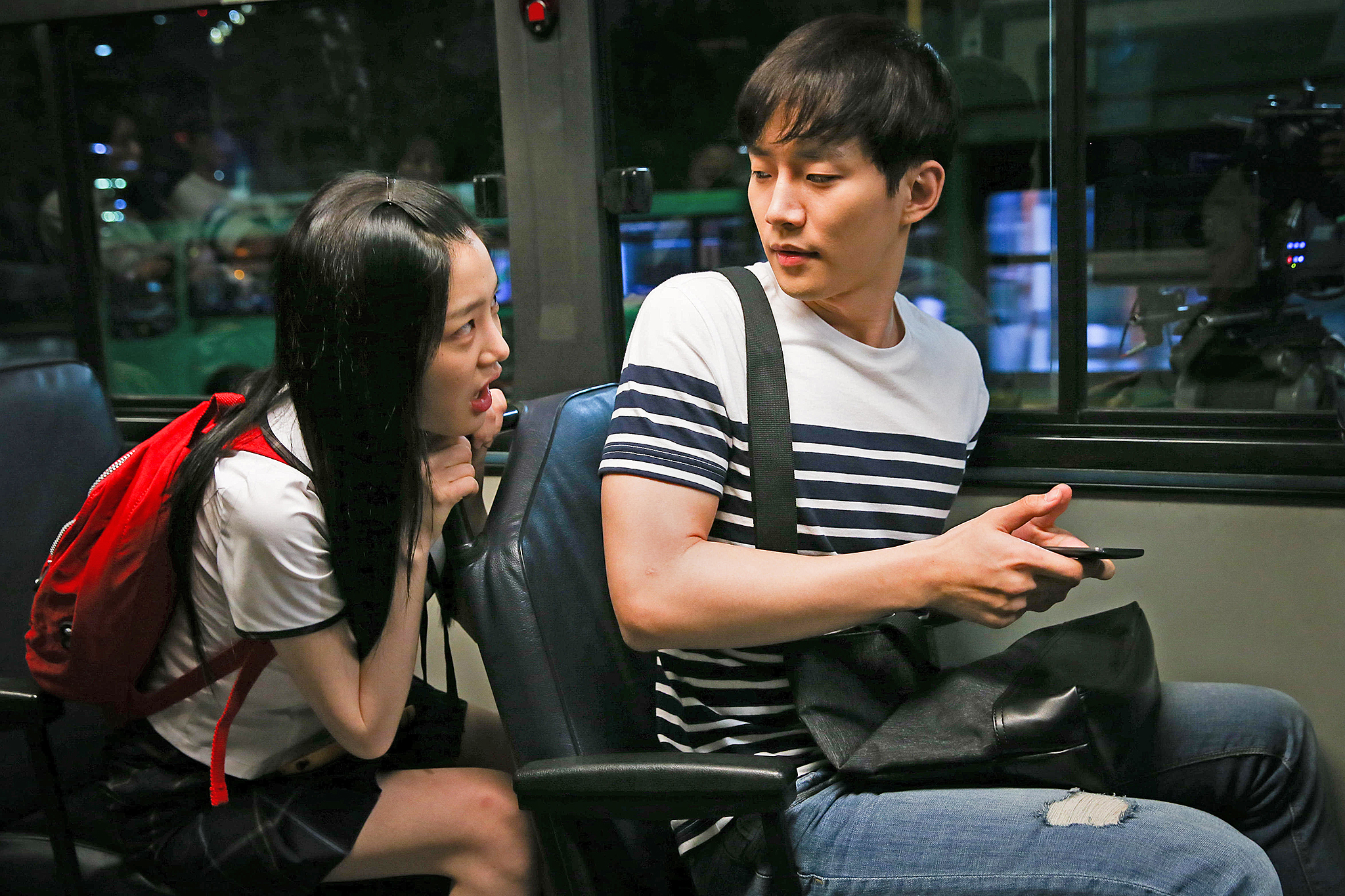 His budding romance with the bubbly So-hee (Lee Yu-bi), Gyeong-jae’s younger sister, is the sweetest of the three characters. So-hee is also my favourite female character in the movie. She is super funny and not afraid to relentlessly pursue Dong-woo. 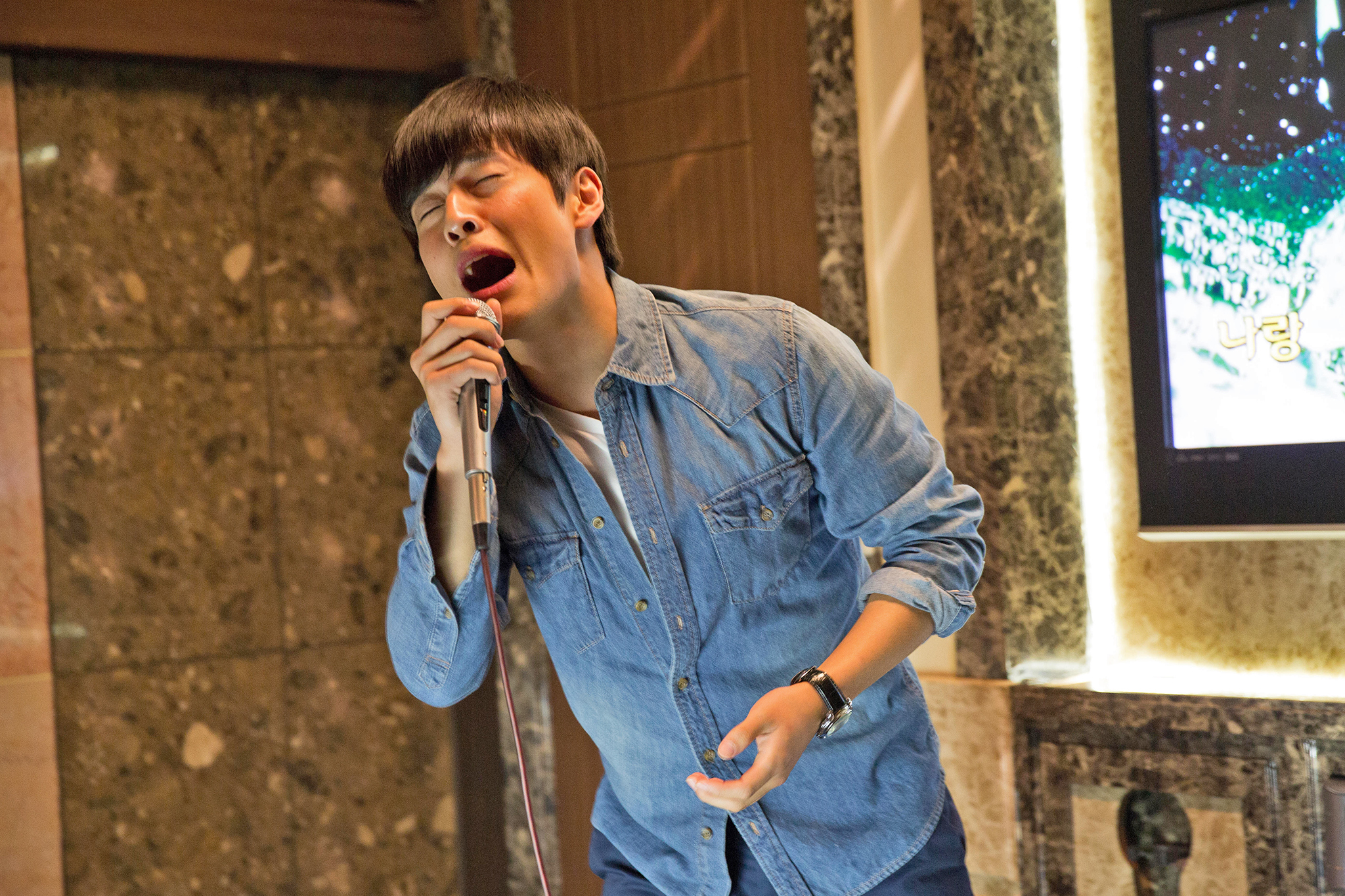 Gyeong-jae cries his heart out after being ‘jilted’ by his puppy love. How many of you can relate to that feeling? 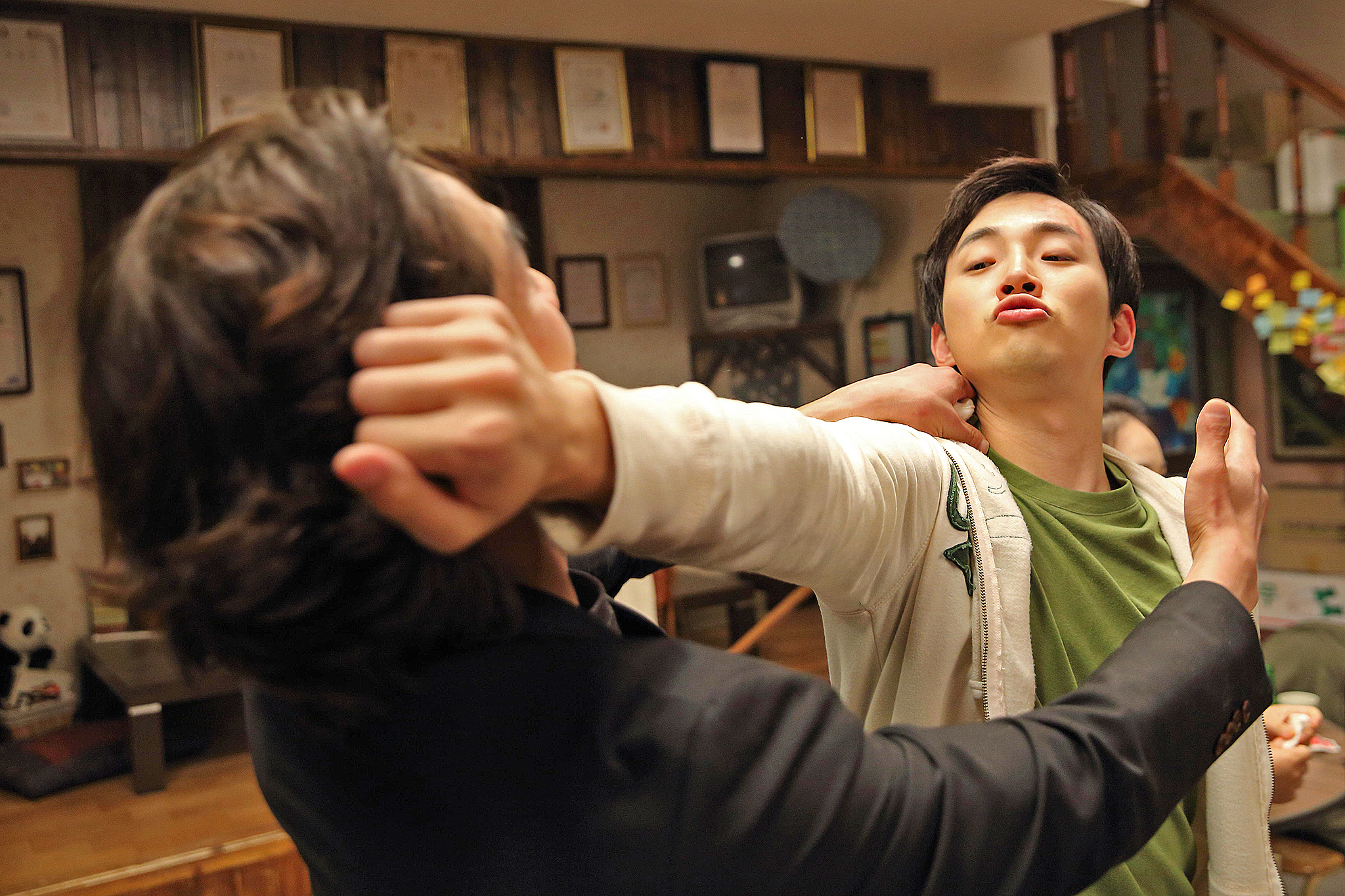 The boys stick by each other even when faced with adversity, in this case, putting up a hilarious slow-mo fight with the neighbourhood gangsters. 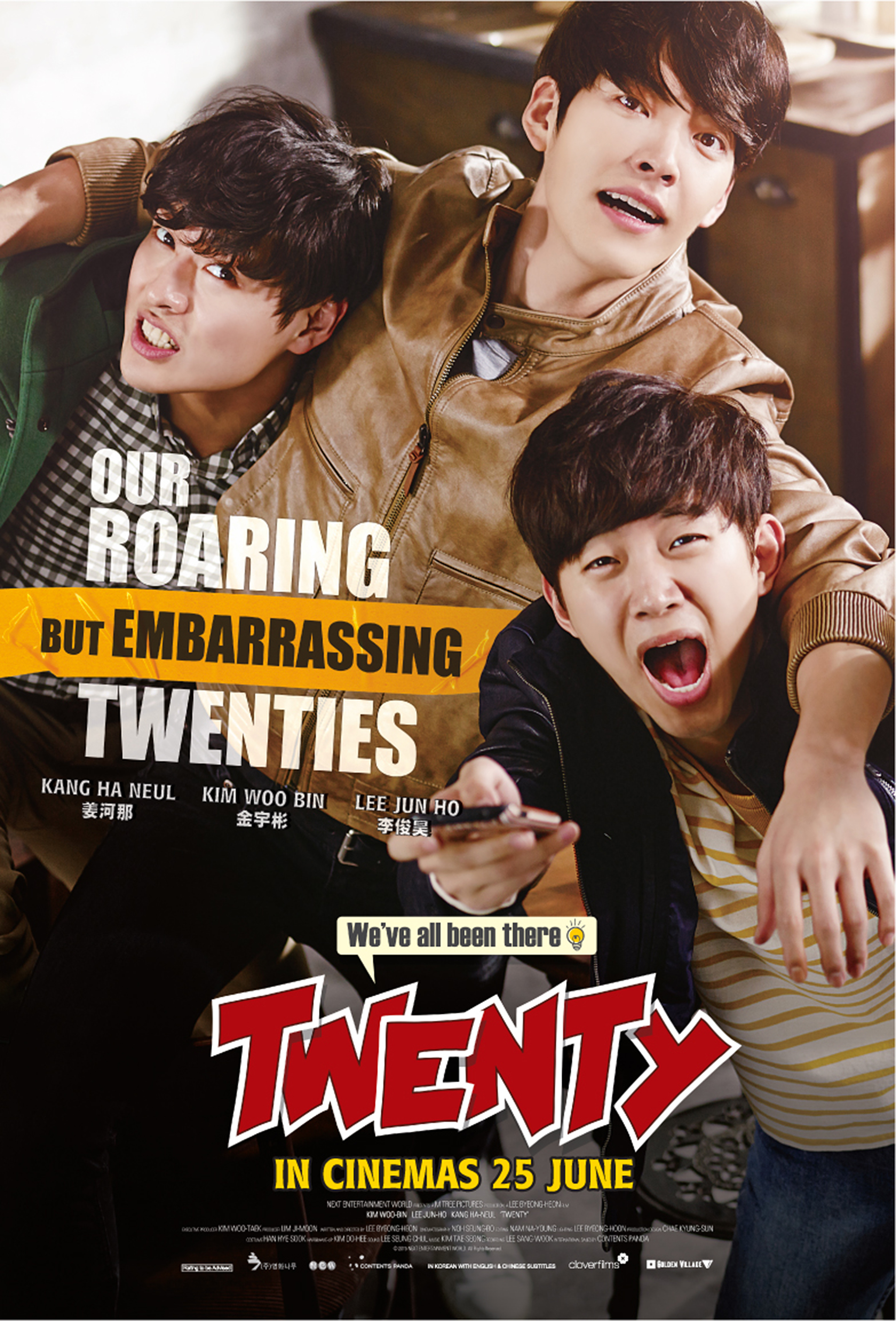 Amidst shifting priorities, these besties learn important lessons in love and life as they muddle through their twenties. It’s an enjoyable and relatable movie to watch with friends. Apart from the eye candy casting, the down-to-earth and heartfelt stories had me thinking (hard) at what I did when I was twenty. And a smile tugged at my lips :) TWENTY 스물 opens in Singapore exclusively at Golden Village Plaza Singapura, GV Vivocity, GV Tampines and GV Yishun on 25th June.