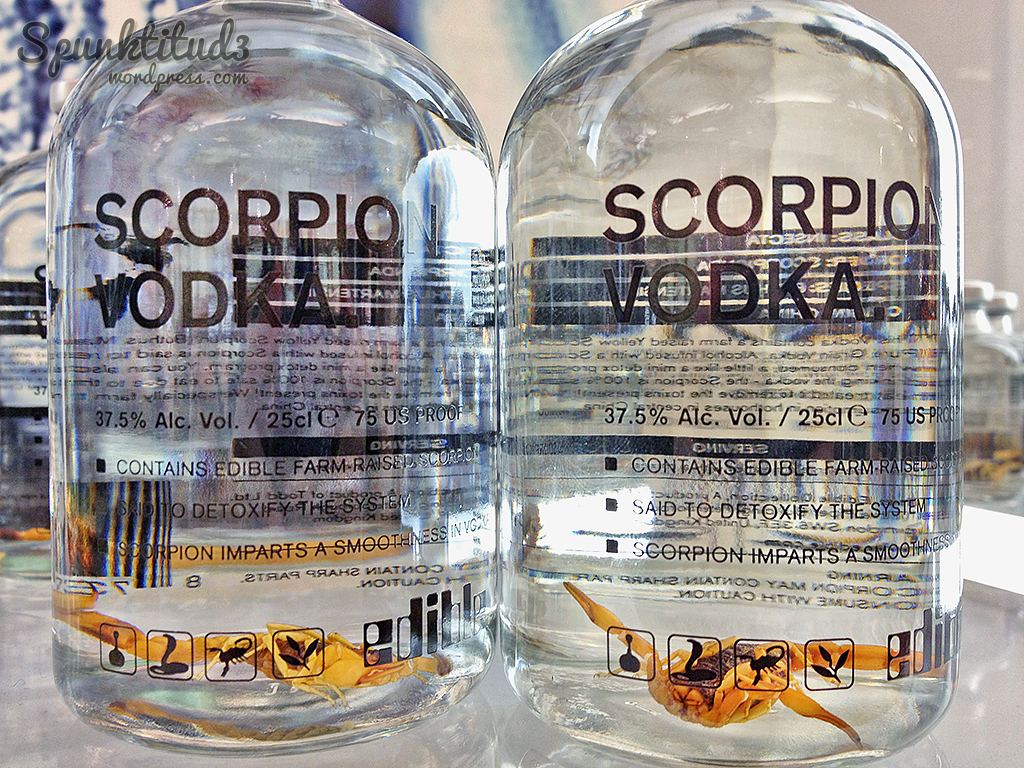 Seen at Selfridges’s Foodhall – Scorpion Vodka
I had to backtrack my steps when I chanced upon this unusual vodka  containing a farm raised yellow scorpion (buthus martensii) infused in pure grain English vodka at Selfridges’ Foodhall. Scorpion vodka was first consumed in China during the Western Zhou dynasty and was used as a natural medicine to treat different health problems such as back pain, rheumatism, lumbago and other health conditions. This liquor is also considered to be a potent natural aphrodisiac.

I think this makes a pretty unique gift during the upcoming festive season. You can even have a Fear Factor challenge out of this with friends, lol. The winner – or more like the loser – will also have to eat the scorpion after drinking the vodka (entirely safe as toxins have been removed)! Have a look here for more exotic gourmet offerings such as Oven Baked Tarantulas,  Chocolate Covered Grasshoppers or Fried Bug Snacks. Do you dare? I am still finding my guts.